There was a time when the model peace officer was not a brute. He was the icon of the community. In the Andy Griffith Show Andy plays Sheriff Taylor. If there could be a role model for a peace officer, it is him. The job is now police officer. You enforce laws regardless of the direct or collateral damage. You threaten and intimidate. In the golden era Andy didn't carry a gun unless he had too. Everybody dropped by the office to say Hay. I remember an old Chief of Police is rural Ontario. He didn't wear his gun either. Everybody came in to say Hay. I'm glad I did. I wish it was recorded. That's the benefit of having a peace officer for Sheriff or Chief. There are a few left. They are strong men. They just don't have to show off or hide behind armored vehicles. At least I can say I've seen it. Watch the show, and you'll see it too. Lobby your cities and states for a return of the peace officer and an end to the police officer. It's a subtle difference until you get your head cracked in. 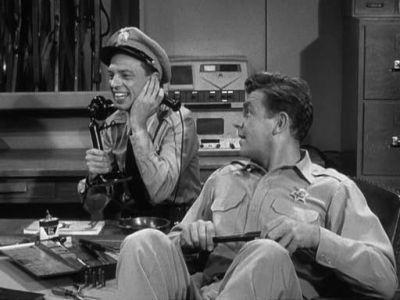 The Andy Griffith Show is an American sitcom first televised on CBS between October 3, 1960 and April 1, 1968. Andy Griffith portrays the widowed sheriff of the fictional small community of Mayberry, North Carolina. His life is complicated by an inept, but well-meaning deputy, Barney Fife (Don Knotts), a spinster aunt and housekeeper, Aunt Bee (Frances Bavier), and a precocious young son, Opie (Ron Howard). Local ne'er-do-wells, bumbling pals, and temperamental girlfriends further complicate his life. Griffith said in a Today Show interview, about the time-period of the show: "Well, though we never said it, and though it was shot in the 1960s, it had a feeling of the 1930s. It was when we were doing it, of a time gone by.". However, in the fourth episode of the second season, a distinct reference was made the the current year being 1961. In the episode, a municipal bond issued in 1861 was discovered and was payable for exactly 100 years of interest. 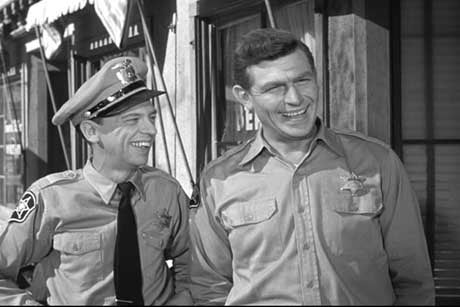 The series never placed lower than seventh in the Nielsen ratings and ended its final season at number one. It has been ranked by TV Guide as the 9th-best show in American television history. Though neither Griffith nor the show won awards during its eight-season run, series co-stars Knotts and Bavier accumulated a combined total of six Emmy Awards. The show, a semi-spin-off from an episode of The Danny Thomas Show titled "Danny Meets Andy Griffith", spawned its own spin-off series, Gomer Pyle, U.S.M.C. (1964), a sequel series, Mayberry R.F.D. (1968), and a reunion telemovie, Return to Mayberry (1986). The show's enduring popularity has generated a good deal of show-related merchandise. Black and white reruns currently air on TV Land, and the complete series is available on DVD. All eight seasons are also now available by streaming video services such as Netflix.