Secrets of the Netherworld on Conspiracy Cafe

This is another rescued show from a studio disc I had been given. It aired October 1st 2009. We did tend to rock the house down. Even though it just seemed like yesterday, it was a few years ago. However, the plots of the NWO read like a novel. You learn a lot of conspiracy history and see first hand the value of changing the channel. We STOP false flag terror in its tracks. JOIN US! 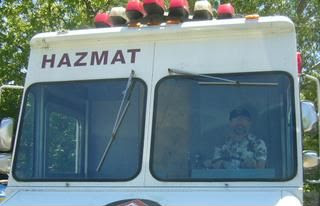 FBI terror patsy had Toronto itineraries, American Police Force alleged head has serious corporate ties and covert background, other media ignoring that trail in controlled demolition of the story, children visiting USS Boxer in Phuket got the flu, university students died, coup in Obamaland, largest fleet build up in history off Singapore, flash landing from space in Toronto, flu updates, and the G20 assume New World Order role in the secrets of the Netherworld.