Executive Action is a 1973 film about the assassination of U.S. President John F. Kennedy, written by Dalton Trumbo, Donald Freed and Mark Lane, and directed by David Miller. Miller had previously worked with Trumbo on his film Lonely Are the Brave (1962). The film opened to a storm of controversy over the depiction of the assassination: in some places in the U.S., the film ran only 1 to 2 weeks in movie theaters or got pulled from them altogether. The movie was part fiction, but it would contest other reports of the assassination, including the controversial Warren Commission report of 1964, which led to attacks against the film. The trailers for the film never ran on certain television stations, including WNBC-TV in New York City. The criticism of the film and its suggestion of a Military-industrial complex conspiracy led to the film being removed totally from the movie theaters by early December 1973 and getting no TV/Video runs until the 1980s and mid-1990s, when it got legal release and distribution for TV and video. The film was originally released on November 7, 1973, almost two weeks before the tenth anniversary of the JFK Assassination.

Donald Sutherland has been credited as having the idea for the film and for hiring Freed and Lane to write the screenplay.[2] Sutherland planned to act in and produce Executive Action, however, he abandoned the project and took a role in another film after failing to obtain financing for the film.

The movie starts with a voice over stating that in an interview, President Lyndon Johnson was asked about the Kennedy Assassination and the Warren Commission report: he said he doubted seriously the findings of the Commission. The narration ends with the mention that the segment did not run on television and was cut from a program about Johnson. (Though it is not said in the movie, the interviewer was Walter Cronkite.) The movie opens in June 1963 at a gathering of shadowy industrial, political and former US intelligence figures who are giving vent to their growing dissatisfaction with the Kennedy administration. The scene takes place in the plush surroundings of the lead conspirator, Robert Foster (Robert Ryan), presumably a Texas oil baron. He and the others are trying to convince Ferguson (Will Geer), a white-suited and mustachioed figure — a powerful oil magnate — to back their plans for an assassination of Kennedy. He remains unconvinced, saying "I don't like such schemes. They're only tolerable when necessary, and only permissible when they work." James Farrington (Burt Lancaster), a black ops specialist, is also among the group: he then shows Ferguson and others that a careful assassination of a U.S. President can be done under certain conditions, and refers to the murders of Abraham Lincoln, James Garfield, and William McKinley as examples. The action he knows has to be done is "Executive Action". The film then cuts to an unknown location in the desert where a shooting team is doing target practice at a moving object. One of the shooters says that they can only guarantee the operation's success by slowing down the target to 15 mph. 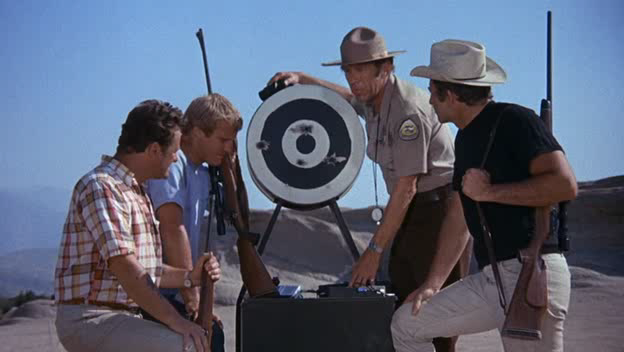 The film intercuts between conversations among the lead conspirators, Farrington and Foster, and preparations for the assassination. The approval of Mr. Ferguson is crucial to the conspirators, although Farrington proceeds to organize two shooting teams in anticipation that he will change his mind.

We then see sequences of Ferguson watching contemporary newsreels and becoming clearly concerned at Kennedy's increasingly "liberal" direction: action on civil rights, Nuclear Test Ban Treaty, nuclear disarmament. The deciding moment comes when he's watching an anti-Kennedy news report on the deteriorating situation in South Vietnam. It is followed by Kennedy's "suicidal" October 1963 decision (National Security Action Memorandum #263, Oct. 11) to withdraw all US advisers from Vietnam by the end of 1965, effectively ending America's direct involvement in the Vietnam War. He picks up the phone to tell Foster he now fully supports their project. 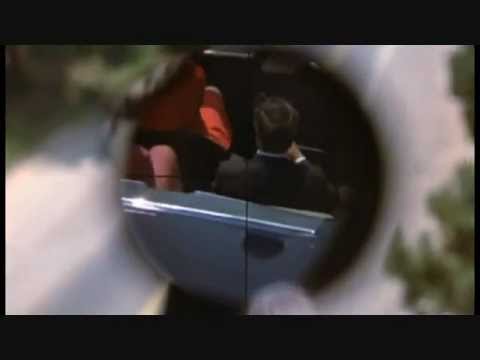 While the motives of the man in the white suit are clear, the film attempts to cast light on the murky paranoid fears of the conspirators through dialogues between Foster and Farrington. They are primarily concerned about the future of America and the security of ruling-class white people around the world. Foster forecasts the population of the third world in 2000 at 7 billion, "Most of them yellow, brown or black. All hungry and all determined to love; they'll swarm out of their breeding grounds into Europe and America." He sees Vietnam as an opportunity to control the developing world and reduce its population to 550 million: "I've seen the data," says Foster, adding that they can then apply the same 'birth-control' methods to unwanted groups in the US: poor whites, blacks and Latinos. Then word comes in that Farrington has died of heart failure.

At the end of the film a photo collage is shown of 18 witnesses: all but two of whom died from unnatural causes within three years of the assassination. A voice-over says that an actuary of the British newspaper The Sunday Times calculated the probability that all these people who witnessed the assassination would die within that period of time to be 100,000 trillion to one.

Conspiracy theory in the film

The film postulates that Lee Harvey Oswald is being steered to become the conspiracy's 'patsy'. The conspirators use a double of Oswald to shadow him in the weeks leading up to the assassination to leave behind a trail that the authorities can easily follow and link Oswald to the crime. It is also mentioned that Oswald's Russian defection is known to the conspirators. The film makes no explicit link to US government agencies and the conspiracy, although the professionalism of Farrington's shooting team seems to indicate they have worked for the government on special assignments. The film implies that most of the law enforcement and government agencies were not involved, but just grossly inept: No special measures were taken for the president's safety in Dallas; there is no communication between the FBI, CIA and Secret Service on possible security risks — even the head of the Secret Service stays in Washington during the visit. This explanation helps understand why the authorities were so keen to pin the blame on Oswald, the rogue assassin, who is "served up" by the conspirators to the authorities as an easy escape from any accusations of their own negligence. The post-assassination conspiracy is also covered in the film. Farrington tells the head of the shooting teams, who at this point don't know who their target is, that after this job he and his men will never have to work again. All the assassins are black ops professionals trained never to talk about operations they are involved in. Each one is offered $25,000 per year for the next five years provided the operation's cover isn't blown. If the cover remains intact in five years time (1968) "every man jack of them" (Lancaster) will receive a further $100,000 into their Swiss bank accounts. The head of the shooting teams (Ed Lauter) then tells Farrington: "You just told me who we're going to hit."

Executive Action is one of at least four American films to present a dramatization portraying the Kennedy assassination as a conspiracy (the others being Oliver Stone's 1991 movie JFK, the 1984 William Tannen film Flashpoint, starring Kris Kristofferson and Treat Williams. and Neil Burger's 2002 mockumentary Interview with the Assassin).

Despite many similarities of the plotline to JFK, Executive Action presents a far more direct and unemotional account of the Kennedy assassination than Stone's film. The film is presented in an almost-documentary style and was filmed on a small budget[citation needed] despite the presence of two big Hollywood names, Robert Ryan and Burt Lancaster. Another unique attribute is that the story is told entirely from the perspective of the conspirators. This film was also the last movie for Ryan, who died of cancer four months before the film's release.