Features a recreation of a typical SAS mission. Eddie Stone and other veterans further explain their weaponry, combat evasions and survival tactics.

We include this series to get you to think. Nobody wants to be a victim of a crime or be caught in difficult circumstances. The liberal left train you to curl up in a ball and die for the cause. I learned in the holdup business that you yell BANZAI and take the battle to the robber. You use whatever you have at hand. You have far more at hand than you realize. The biggest lesson of this episode is to use your senses to see what you're getting into and then avoid it. It could save your life someday. Monica Spear a former MIss Venezuela was murdered in Caracas with her husband. Their child was shot. She must have had great knowledge in many things. It didn't save her. They locked themselves in their car. The best defence is the offence. An attacker has a plan. If you disrupt their plan they start to fall apart because they lose control. You press the counter attack and they fall apart. You may have to buy time to exploit a weakness. You may have to react immediately. It's a split second decision. You are extremely limited if you never prepared a 'WHAT IF' thought.

Delivering money to banks at night I always looked for the ambush and prepared a counter ambush in my mind. I walked through the Cherry Street holdup and was followed by the University bandits as well as others. They backed off. It must have been my sunny disposition. It's the unconventional that wins, if you dare. There are no rules in a deadly force confrontation. As an example when typical brain dead management forced us to do a load transfer as a regular occurrence I stood in the middle of the street observing but swinging a golf club. I would attract all the attention. I placed a man under cover with a shotgun to cover us. The other guys tossed the cash as quickly as possible. The golf club was never in the 'book.' It was folklore for my mates. It served as a poker in case my fireman driver started dosing off driving, and he did from time to time. You see it beside Marvin the Martian in my library. DARE TO THINK. It could save your life some day. 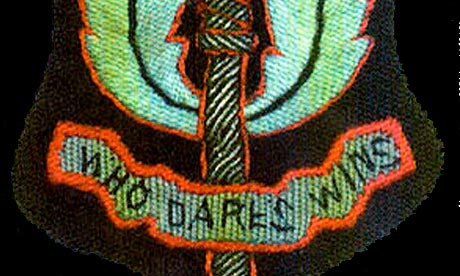