In the future, a totalitarian government employs a force known as Firemen to seek out and destroy all literature, permitting them to search anyone, anywhere, at any time. One of the Firemen, Guy Montag (Oskar Werner), meets one of his neighbors, Clarisse (Julie Christie), a 20-year-old schoolteacher whose job is hanging by a thread due to her unorthodox views. The two have a discussion about his job, where she asks if he ever reads the books he burns. Curious, he begins to hide books in his house, and begins reading them, starting with Charles Dickens' David Copperfield. This leads to conflict with his wife, Linda, who is more concerned with being popular enough to be a member of The Family, an interactive television program that refers to its viewers as "cousins".

At the house of a book collector, the captain (Cyril Cusack) talks with Montag at length about how books change people and make them want to be better than others, which is considered anti-social. The book collector, a middle-aged woman who was seen with Clarisse a few times during Montag's rides to and from work, refuses to leave her house, opting instead to burn herself and the house so she can die with her books. Returning home that day, Montag tries to tell Linda and her friends about the woman who martyred herself in the name of books and calls them out on knowing nothing about what's going on in the world, calling them "zombies" and telling them they're just "killing time" instead of living life. Disturbed over Montag's behavior, Linda's friends try to leave, but Montag stops them by forcing them to sit and listen to a novel passage. During the reading, one of Linda's friends breaks down crying, now fully aware of the feelings she repressed over the years, while Linda's other friends leave in disgust over Montag's alleged cruelty and the "sick" content of the novel. That night, Montag dreams of Clarisse as the book collector who killed herself. That same night, Clarisse's house is raided, but she escapes through a trapdoor in the roof thanks to her uncle. Montag breaks into the captain's office looking for information about the missing Clarisse, and is caught, but not punished. 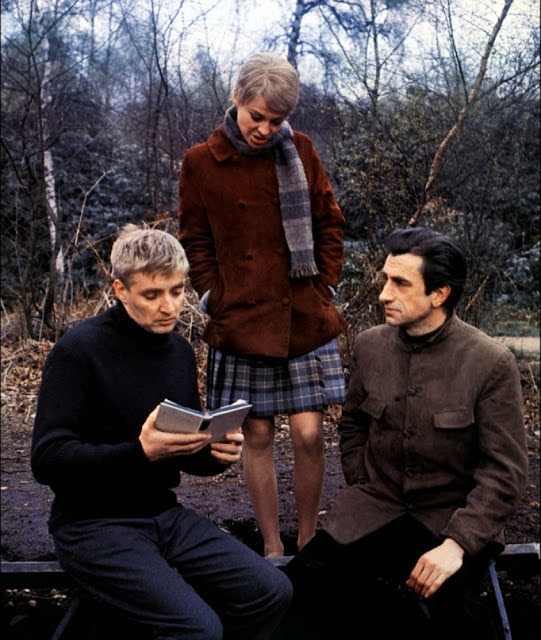 Montag meets with Clarisse and helps her break back into her house to destroy papers that would bring the Firemen to others like her. She tells him of the "book people," a hidden sect of people who flout the law, each of whom have memorized a single book to keep it alive. Later, Montag tells the captain he is resigning, but is convinced to go on one more call, which turns out to be Montag's own house. Linda leaves the house, telling Montag that she couldn't live with his book obsession anymore and leaves him to be punished by the Firemen. Angrily, he destroys the bedroom and television before setting fire to the books. The captain lectures him about the books, and pulls a last book from Montag's coat, for which Montag kills him. He escapes and finds the book people, where he views his "capture" on television, staged to keep the masses entertained and because the government doesn't want him alive. Montag selects a book to memorize, Tales of Mystery & Imagination by Edgar Allan Poe, and becomes one of them. 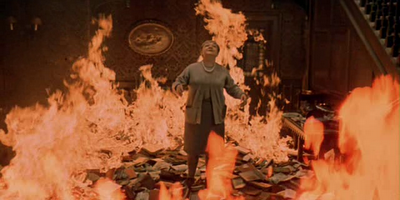