Olympic Plots Mature with the Troika of Crosses

FANTASTIC!!! this show was archived at ARCHIVE.ORG. Bless the person who took the initiative.

Another rescue show brought to the home page. This was a classic as well. We received a tip that a nuclear weapon was placed aboard this ship and was heading to the Olympics in Vancouver. NOBODY covered the story except moi. There is NOTHING like Conspiracy Cafe. We have a track record of STOPPING false flag terror in its tracks. You can help with donations and the simple action of changing the channel. In quantum mechanics principles cease while under observation. We change the paradigm even on the micro scale.

Conspiracy Cafe follows the trail of the mysterious 'crate' secreted aboard the Norwegian Star. Luger sacrificed in illuminati ritual captured as time stops. Was he the true cross? Mental patient with replica documents gets 12 steps from the Vice President. RCMP make the arrest. Was the Secret Service napping or plotting? Could that have been the diamond cross to presage the invasion of Canada? Is HMCS Whitehorse Bible Prophecy? Is the Lia Fail (stone of destiny) Project more than a yacht? Weird rituals in the Olympic opening ceremonies salute the eye of Horus with the Hendaye Cross. Prepare for the double cross on Conspiracy Cafe.

After the Olympics a loaded rocket launcher was found in a tree by a highway. We rest our case. 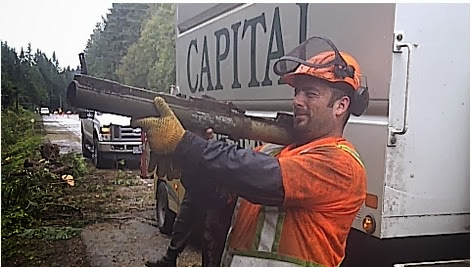 Steve Taylor, 33, poses with the loaded M72 rocket launcher he found while cutting down trees at the side of a Vancouver Island highway. Oct. 29, 2010. (CTV) 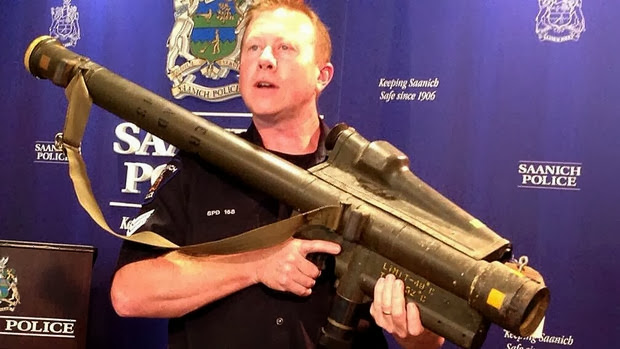 Then I missed this one from last year. Another rocket launcher was found in a garbage dump near the same area. I must have fallen on my head real hard as a youth, but we sounded the alarm loud enough to cause a cessation in the battle plan. Many people say I can't do anything. I'm only one man. Well so am I. I do as much as I can and pray that's enough. We seem to be able to demonstrate one man loyal to God can do anything if he applies himself with devotion. What's stopping you? What would have happened if they pulled this one OFF? Would you have life? Would you have property? Would you have freedom? Then they tried again in London. We were ready again. The next stop is Sochi. Will you starve me to your death? Every dollar that comes into this mission saves the world and you from your fate. I carry on a shoestring because I must assume the lives of many have no value. The lower mainland of British Columbia may have ceased to exist in 2010. Freedom as it has been known may have joined it. There was a Manchurian moving on the Vice President in a regime change application as well. I laugh. God must laugh too at what fools we are. We see miracles and walk away like nothing happened. My rant. I do it for the Lord. He asked me. The rest get sucked along with the wind.

Tourist photo posted on line of the Norwegian Star in drydock. The 'mystery' crate is in the foreground. 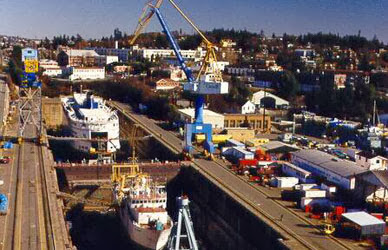 Official government photo of the drydock.

The Esquimalt Graving Dock, or EGD, is proud to be federally owned, operated, and maintained. EGD is the largest solid-bottom commercial drydock on the West Coast of the Americas. We are located in an ice free harbour on Vancouver Island near gateways to Alaska and the Pacific Rim.

Our world class facilities include stabilizer pockets and high-speed heavy lift cranes up to 150 tonnes/165 tons. The Dock can accommodate vessels up to 100,000 DWT or about 90% of the world's ships.

The EGD is available to any company or individual on a first-come first-serve basis. All work is carried out by private sector ship repair firms.