Think those Google doodles we work on are not pertinent? They are. We have been calling for attempts on D.C. History Channel covers the event in 2011. The Federation of Atomic Scientists prepared an extensive report on the scenario. Janet Napolitano resigned as head of DHS effective September 7th. The anticipated target date was September 11th. The Navy Yard shooting has been alleged to involve this event. Not changing the channel. We are the time catalysts effecting change of plans. You have a ring side seat. We are winning. 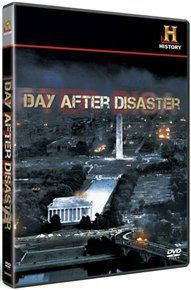 In the current climate of widespread national security concerns in the U.S., many people worry that the threat of a nuclear attack on American soil is more plausible than ever. In this chilling program, get a firsthand look at what would happen if a nuclear bomb exploded in the heart of Washington, D.C.

With shockingly realistic dramatizations, DAY AFTER DISASTER puts you in the line of fire to experience the consequences of nuclear fallout — from the moment of detonation to 24 hours afterward. Focusing on the administration's controversial Continuity of Government program (COG) History Channel™ offers a rare inside look at how the government plans to save American lives while also ensuring that the country does not descend into anarchy should the President and those next in line be among the estimated 300,000 dead.

Featuring extraordinary interviews with Department of Homeland Security (DHS) officials and terrifying images of the expected nuclear aftermath in the nation's capital, this feature-length special explores the incisive question: Is America prepared for the DAY AFTER DISASTER?