The Fall of Singapore - The Great Betrayal (Rare BBC Documentary) 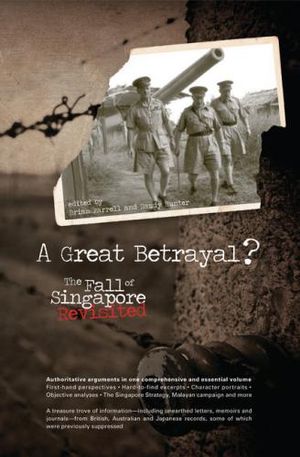 I cannot begin to press upon you the IMPORTANCE of this documentary. If there is ONE thing you ever watch, this is IT! The British government taught the Japanese how to design and build aircraft carriers. They taught their pilots how to land and take off. They were complicitous right up to and beyond Dec. 7th 1941. This video was only ever released in Northern Ireland. They control your mind by concealing the facts. As the 'georgism' goes, if the facts have to be fudged, the goose has to be cooked. By the way we're the geese.

Once you read it in the news, it's too late. Before that it is CONSPIRACY! Notice in the first moment that Malaya was attacked a full 2 hours before Pearl Harbor. Some surprise. 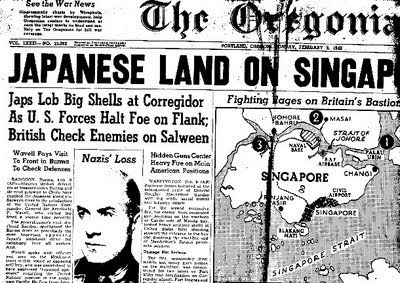 This landmark film by Paul Elston tells the incredible story of how it was the British who gave the Japanese the knowhow to take out Pearl Harbor and capture Singapore in the World War 2. For 19 years before the fall of Singapore in 1942 to the Japanese, British officers were spying for Japan. Worse still, the Japanese had infiltrated the very heart of the British establishment - through a mole who was a peer of the realm known to Churchill himself.

This is a very rare documentary on the fall of Singapore in WW2 by BBC Two broadcasted in Northern Ireland only.