For those of you too young to remember the TV show Andy of Mayberry it is a shame. Andy Taylor was and always will be the role model of the peace officer. What we have today is a distorted abomination - a tool for AntiChrist. I mentioned the jail with the key on the wall within reach. There it is. Check You Tube for the shows. They are great family viewing. Unlike modern police shows, there's no drug dealer element. There's real life and laughs. 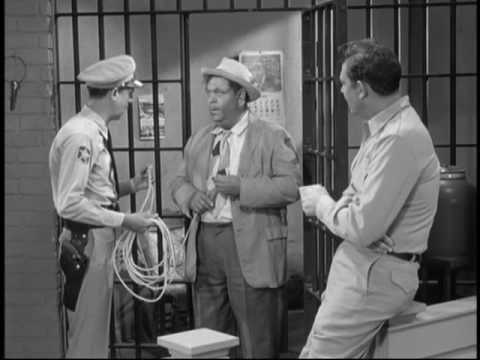