CONSPIRACY NIGHT AT THE MOVIES: Britannic

This was always one of my favourites. Britannic was Titanic's sister lost in WWI. Were there German agents aboard? Was she carrying armaments? It is a great mystery though not as well known perhaps. I was lucky to find an on line copy. It has subtitles, but it is complete. The novel point was a female intelligence officer aboard. They did exist, but it was a man's world then. Enjoy. 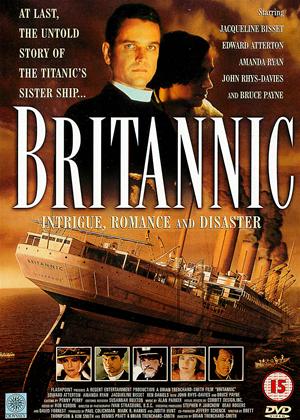 HMHS Britannic was the third and largest Olympic-class ocean liner of the White Star Line. She was the sister ship of RMS Olympic and RMS Titanic, and was intended to enter service as a transatlantic passenger liner. She was launched just before the start of the First World War and was laid up at her builders in Belfast for many months before being put to use as a hospital ship in 1915. In that role she was shaken by an explosion, caused by an underwater mine, in the Kea Channel off the Greek island of Kea on the morning of 21 November 1916, and sank with the loss of 30 lives.

There were a total of 1,066 people on board, with 1,036 survivors taken from the water and lifeboats, roughly an hour later, at 9:07 AM, the ship sank. In spite of Britannic being the biggest ship lost during the First World War, her sinking was not as tragic in terms of loss of human life as were the sinking of RMS Titanic and Cunard's RMS Lusitania.