Terror At Sea - Sinking Of The Lusitania

If there was ever ONE all encompassing lesson plan on life, this is IT! On our last show Conspiracy Science we illustrate how existence exists in several dimensions or planes. The lowest or first is the basic animal existence. The second plane incorporates the broad mass of humanity to the extent we are allowed to understand. We can ask questions about our existence to the limits of the third dimension. There is the left right paradigm. There is the controlled history of what the state wants us to understand. There is a massive diversionary field that includes sports and entertainment. There can be no more.

However, there is more. There is much more. The third plane involves the hidden histories which are primarily the intelligence histories of the world. They are sequestered in state archives under state secret privileges. The difficult part is that they are the truth of our existence. If the truth sets us free, then we will always be prisoners because of this. One of the great tricks used at this level is the classic false flag attack with its variations. In the case of the Lusitania the ship was lured to its rendesvous by Winston Churchill. They set the Germans up to sink her to win a major propaganda coup. They did. Truth has always been the first casualty of war as the actors openly discuss. You see the classic Inquiry after the event. You see the jurist in charge being openly told as to the findings that justify the false flag event. If you let it happen on purpose (LIHOP), you actually made it happen on purpose (MIHOP). Ergo you are a perpetrator too. Step forward to Pearl Harbour. Step forward to the Warren Commission. Step forward to the 9/11 Inquiry. Surely you see pattern recognition. Now use the patterns and apply them to other events such as Sandy Hook and the Boston marathon bombing. Anticipate the next use of these techniques. Now we enter the fourth dimension. That is where we are at Conspiracy Cafe. We see the modus operandi. We look for the clues to the event. See the newspaper warning in the press for the sailing. It is another common denominator. There was one the weekend before Pearl Harbour. Two newspapers reported the Japanese will attack. Those in the first dimension were drinking and cavorting and hungover. They are the ponds on the grand chessboard. Others were actively trying to warn those in the second dimension via the press. The second dimension were used like other chess pieces to motivate their sacrifice to the intended action to cease the America First group and get a holy crusade for war started. Ambassador Joesph Kennedy clearly told Churchill America wouldn't be tricked into war by the sinking of a ship refering to the Lustitania. He was addressing the master of the third dimension and resident of the fourth.

You enter the third dimension of existence by accepting the so called secret societies exist and hold sway over the lesser two. You enter the fourth dimension by seeing the past works of the third and immediately expect their arrival at the scenes of the crimes before the crimes. That is Conspiracy Science boys and girls. They never taught you that at school. Aren't you glad you can change the channel. 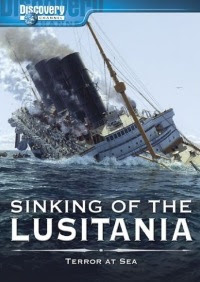 RMS Lusitania was a British ocean liner, holder of the Blue Riband and briefly the world's biggest ship. She was launched by the Cunard Line in 1907, at a time of fierce competition for the North Atlantic trade. 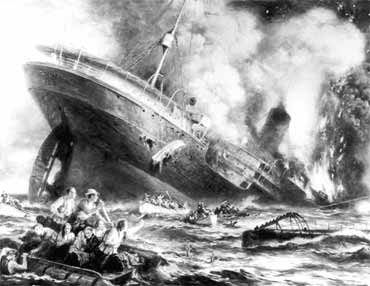 As German shipping lines tended to monopolise the lucrative passage of continental emigrants, Cunard responded by trying to outdo them for speed, capacity and luxury. The Lusitania was fitted with revolutionary new turbine engines, able to maintain a speed of 25 knots. Equipped with lifts, wireless telegraph and electric light, she provided 50% more passenger space than any other ship, and the First Class decks were noted for their sumptuous furnishings. On the outbreak of war in 1914, she was commandeered by the Admiralty as an armed cruiser, but proved unsuitable in this role, and was allowed to resume passenger services on condition that she carried government cargoes. When she left New York for Liverpool on what would be her final voyage on May 1st 1915, submarine warfare was intensifying in the Atlantic. Germany had declared the seas around Great Britain (which still included Ireland) to be a war-zone, and Germans in America had been specifically warned by their embassy not to sail in the Lusitania. 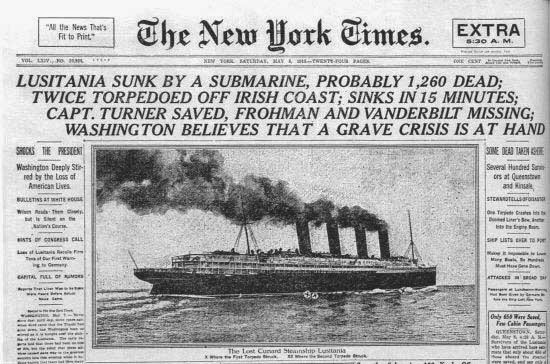 On the afternoon of May 7th, the Lusitania was torpedoed by a German U-Boat, 11 miles off the Southern coast of Ireland, and sank in just 18 minutes with a loss of 1198 lives. The loss of 128 Americans among the dead helped to stimulate anti-German sentiment in the USA, leading eventually to its own declaration of war several years later. Although denied by the British at the time, recent underwater explorations have proved that the ship was carrying war munitions, and was thus a legitimate military target in terms of the laws of the day.