This is supposed to be a mockumentary spoof of "Paul Is Dead" theories, BUT many a truth is spoken in JEST. 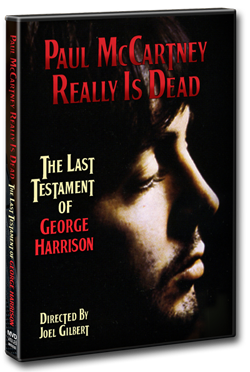 In the summer of 2005, a package arrived at the Hollywood offices of Highway 61 Entertainment from London with no return address. Inside were two mini-cassette audio tapes dated December 30, 1999 and labeled "The Last Testament of George Harrison". A voice eerily similar to Harrison's tells a shocking story: Paul McCartney was killed in a car crash in November of 1966 and replaced with a double! British intelligence, MI5, had forced the Beatles to cover up McCartney's death to prevent mass suicides of Beatle fans. However, the remaining ...