CONSPIRACY NIGHT AT THE MOVIES: Hanger 18 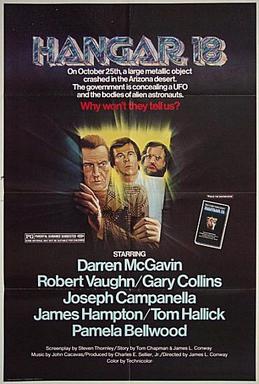 Hangar 18 involves a U.F.O. cover-up following an incident aboard the space shuttle. The orbiter is launching a satellite, which collides with an unidentified object passing close by. The space collision kills a fellow astronaut who was in the bay at that time, however, the entire incident is witnessed by astronauts Price and Bancroff. Upon returning to Earth, both men slowly investigate what they know happened in space ? and which the government authorities try their best to hide. The damaged spacecraft however, has been recovered after it is observed making a controlled landing in the Arizona desert. Although the aliens on board die, the government technicians begin their foray into trying to understand the extremely delicate processes which operate the complex ship. On board the craft, the technician team makes three discoveries. The first is an unknown woman in some sort of stasis, who later awakens in the back of an ambulance screaming (leading moviegoers to believe she may have been an abductee). The second is the fact that symbols found on certain control panels are the same as symbols which reside here on Earth, albeit in ancient places. The third is the fact that the aliens have been here before?as the team discovers some type of surveillance footage noting power installations, military installations, and major cities worldwide.

Meanwhile, with their persistence in trying to uncover the truth, both Bancroff and Price are marked for death by the government. In an escape from agents, Bancroff manages to get away, but Price is killed. All is not lost, as Bancroft finally manages to make his way to Hangar 18 - the namesake hangar of the movie where the alien craft is being disclosed and studied. 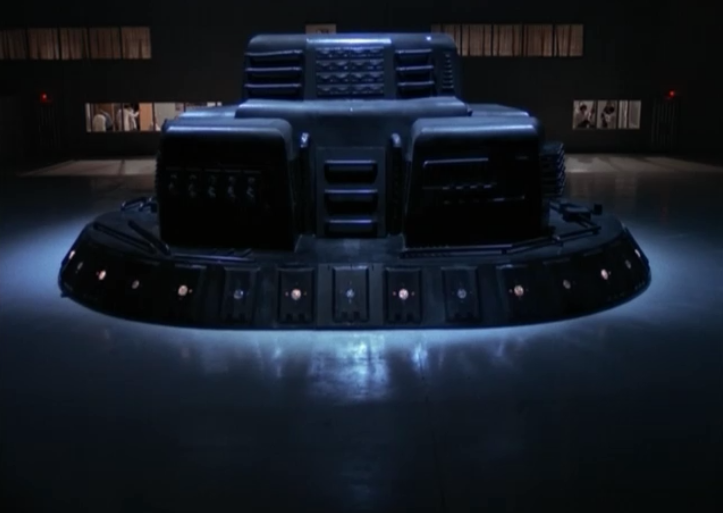 In an attempt to cut their losses and maintain secrecy, government agents remote control a jet filled with explosives into the hanger a desperate move aimed at killing off all involved in the on site cover-up. After the explosion, an announcement is presented in the form of a news bulletin regarding the sudden explosion of the hangar, and a congressional hearing scheduled to hear evidence concerning the activities in Hangar 18; it is revealed that Bancroft and the small team of scientists survived the explosion, due to being inside the alien ship when the plane hit. They have also discovered that the ship contains plans for the alien invasion of earth.