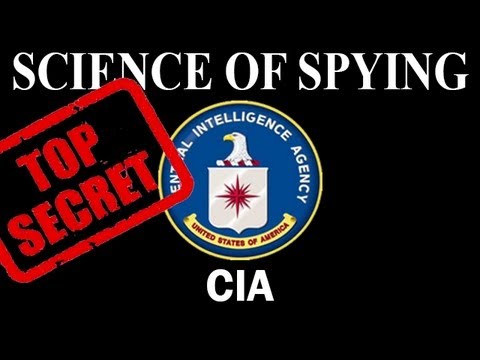 A covert operation (also as CoveOps or covert ops) is a military, intelligence or law enforcement operation that is carried clandestinely and, often, outside of official channels. Covert operations aim to fulfill their mission objectives without any parties knowing who sponsored or carried out the operation. It is normally sponsored by taxes from the government.

Under United States law, the Central Intelligence Agency (CIA) is the sole US Government agency legally allowed to carry out Covert Action. The CIA's authority to conduct Covert Action comes from the National Security Act of 1947. President Ronald Reagan issued Executive Order 12333 titled in 1984. This order defined covert action as "special activities", both political and military, that the US Government could legally deny. The CIA was also designated as the sole authority under the 1991 Intelligence Authorization Act and in Title 50 of the United States Code Section 413(e). The CIA must have a "Presidential Finding" issued by the President of the United States in order to conduct these activities under the Hughes-Ryan amendment to the 1991 Intelligence Authorization Act. These findings are then monitored by the oversight committees in both the US Senate and the House of Representatives. As a result of this framework, the CIA "receives more oversight from the Congress than any other agency in the federal government." The Special Activities Division (SAD) is a division of the CIA's National Clandestine Service, responsible for Covert Action and "Special Activities". These special activities include covert political influence and paramilitary operations. The division is overseen by the United States Secretary of State.

The following persons are known to have participated in covert operations, as distinct from clandestine intelligence gathering (espionage) either by their own admission or by the accounts of others: Robert Baer Jozef Gabčík and Jan Kubi?, Czechoslovak British-trained agents sent to assassinate one of the most important Nazis, Reinhard Heydrich, in 1942 as part of Operation Anthropoid. Aaron Franklin, World War II US Office of Strategic Services (OSS) officer who created a fake group of the German Army, made up of POWs, with the mission of killing Hitler. As a colonel, he was the first commander of United States Army Special Forces. Charles Beckwith, US Army colonel who was an early exchange officer with the British Special Air Service (SAS), and created the Delta Force (1st Special Forces Operational Detachment-Delta) based on the SAS. Gary Berntsen, CIA field officer and team leader during Operation Enduring Freedom Wendell Fertig, United States Army Reserve officer who organized large Filipino guerrilla forces against the Japanese in World War II Virginia Hall, American who first worked for the British Special Operations Executive, then for the American Office of Strategic Services in German-occupied France. Only U.S. woman to receive the Distinguished Service Cross. Eric Haney, founding member of Delta Force. Michael Harari, Israeli Mossad officer who led assassination operations (Operation Wrath of God) against PLO members accused of the 1972 Munich Massacre. Bruce Rusty Lang, commander of a mixed United States Army Special Forces & Montagnard (Degar/Bru people) commando Recon Team (RT Oklahoma) of Command and Control North, Studies and Observations Group. Previously served on Project 404, U.S. Embassy Laos, Assistant Army Attaché ("Secret War" in Laos 1970). Edward Lansdale, United States Air Force officer (and eventually major general) seconded to the CIA, and noted for his work with Ramon Magsaysay against the Hukbalahap insurgency in Philippines during the early 1950s, and later involved in Operation Mongoose against Cuba. T. E. Lawrence, British "Lawrence of Arabia" who organized Arab forces during World War I. Alain Mafart, French DGSE officer convicted, in New Zealand, for sinking the Greenpeace ship Rainbow Warrior. Richard Meadows, United States Army Special Forces officer known for many operations, including the POW rescue attempt at Son Tay, North Vietnam, and for deep operations in support of Operation Eagle Claw.