This film documents the largest expedition ever undertaken to explore Antarctica. The expedition, code named "Operation High Jump," was made by the U.S. Navy and involved 13 ships (including one submarine), 23 aircraft, and about 4700 men.

The film was shot by photographers from all branches of the U.S. military. One purpose of the expedition was to explore and photograph several thousand square miles of inland and coastal areas that had not been previously mapped.

Operation Highjump has become a topic among some UFO researchers, who claim it was a covert United States military operation to conquer alleged secret underground Nazi facilities in Antarctica and capture the German Vril flying discs, or Thule mercury-powered spaceship prototypes. -----

The quality of the movie reflects its age, but it's not too bad.

You have to wonder why such a huge undertaking was made right after WW2 and supposedly for the sole purposes of mapping the antarctic and to evaluate how troops could perform in arctic conditions. Excerpts from the movie "The Secret Land"

It was touted to be an expedition to find "coal deposits" and other valuable resources, but in actuality they were trying to find the underground base of the nazis in Neuschwabenlandt. The nazis had done a very detailed study of Antarctica and were alleged to have built an underground base there. In this regard however, the aryans have had an underground habitation in Antarctic for more than a million years.

The task force of OVER 40 SHIPS, included the flagship "Mount Olympus", the aircraft carrier "Philipine Sea", the seaplane tender "Pine Sea", the submarine "Senate", the destroyer "Bronson", the ice breaker "Northwind", and other tanker and supply ships.

An armed contingent of 1400 sailors, and three dog sled teams were also on board.

The expedition was filmed by the Navy and brought to Hollywood to be made into a commercial film called "The Secret Land". It was narrated by Hollywood actor Robert Montgomery (Naval reserve Officer) .

There were three divisions of Operation High Jump: one land group with tractors, explosives, and plenty of equipment to refurbish "Little America", and make an airstrip to land the six R-4D’s (DC-3’s), and two seaplane groups.

The R4-D’s were fitted with jet-assist takeoff bottles (JATO) in order to takeoff from the short runway of the aircraft carrier "Philipine Sea".

They also were fitted with large skis for landing on the ice field prepared for them. The skis were specially fitted at three inches above the surface of the carrier deck. When landing on the ice at "Little America" the three inches of tire in contact with the snow and ice provided just enough and not too much drag for a smooth landing.

Admiral Byrd’s team of six R4-D’s were fitted with the super secret "Trimetricon" spy cameras and each plane was trailing a magnetometer.

They flew over as much of the continent as they could in the short three month "summer" period, mapping and recording magnetic data. Magnetometers show anomalies in the Earth’s magnetism, i.e. if there is a "hollow" place under the surface ice or ground, it will show up on the meter.

On the last of many "mapping" flights where all six planes went out, each on certain pre-ordained paths to film and "measure" with magnetometers, Admiral Byrd’s plane returned THREE HOURS LATE.

It was stated that he had "lost an engine" and has had to throw everything overboard except the films themselves and the results of magnetometer readings in order to maintain altitude long enough to return to Little America. This is most certainly the time when he met with representatives of the aryans and a contingent of nazis.

The task force came steaming back with their data which then became classified "top secret". Secretary of the Navy James Forrestal retired and started to "talk". He was put in Bethesda Naval Hospital psychiatric ward where he was prevented from seeing or talking to anyone, including his wife. After a short while he was thrown out the window while trying to hang himself with a bedsheet. It was ruled a suicide, case closed.

He was telling people about the underground aryan base. 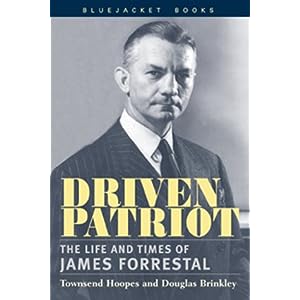