LEST WE FORGET ON CONSPIRACY CAFE

Our November 10, 2011 episode. There will be no introductory song due to copyright censorship. You can listen to it yourself. Listen with both ears the coming war with Iran to bring in the NWO is discussed in detail as well as the coming financial collapse.

Remembrance day remembered. 'X' marks the spot on Google maps location of 'superstorm'. A revelation on Revelation. The heads are volcanic mountains named after a beast. There is one atop the ring of fire in the Aleutian's and one in the Canary Islands that fit the mould. Military Policeman nabbed for spilling the beans on 'end of the world' threat. The mysterious eighth part of the seven explained. El Hierro erupting after earthquake swarm. MTV Europe Music Awards extol ring of fire. Lady Gaga plays YU55. Mysterious beam captured by Google in Oklahoma quake zone. Oklahoma home of the bunker busters. Battle of the Somme in WWI. 19,000 British soldiers killed in one day. Bankster Wars then and now. Modern vets get the short straw in benefits. Patterns of Force Star Trek episode banned in Germany over the false paradigm. China is out of money. Italy on the ropes. New Greek PM a FED bankster, Trilateralist, EU Central Banker scumdog millionaire. Jefferson County bankrupt. War with Iran a carefully crafted script in oil futures. The Turkish Invasion. Brits drop their guard at the border. Cops commandeer cell phone network with new device. Lest We Forget on Conspiracy Cafe.

A WHOLE NEW REVELATION: THE 10 HORNED 7 HEADED ISLAND IN THE YU55 TARGET ZONE

ANOTHER REVELATION FOR 7 HEADS AND 10 HORNS: The Canaries 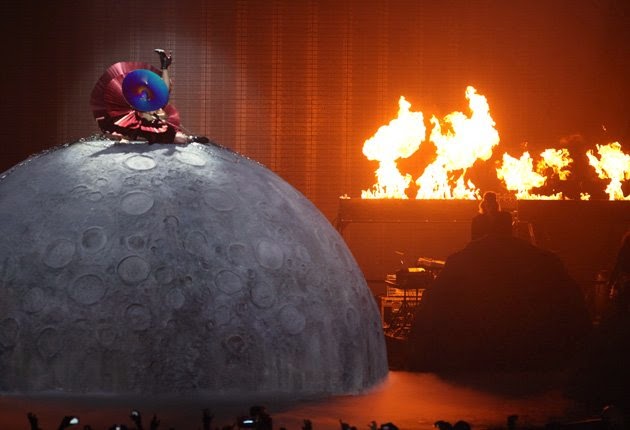