Lost In Space S1 E08 Invaders from the Fifth Dimension 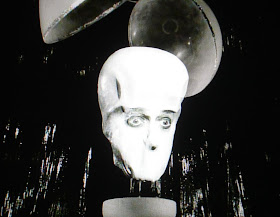 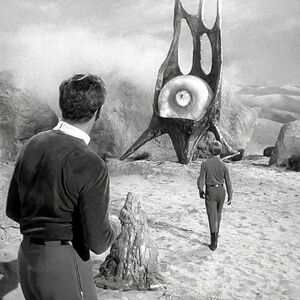 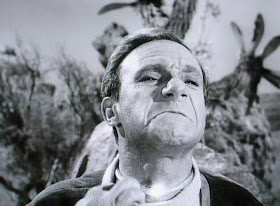 The instrument of obedience is an interesting theme

Dr. Smith is beamed onto an alien ship that is bigger on the inside than on the outside. There, two mouthless, floating heads tell him of their need for a replacement computer, but their technology requires the direct use of a human brain. After detecting treachery in Smith's mind, the aliens decide his brain is unreliable — much to Smith's relief — but they force him to provide them with another brain and fit him with a control collar which will kill him if he doesn't comply. To save his own neck, Smith decides to hand young Will over to the aliens and cons the boy into entering their ship. Meanwhile, the Robinsons come looking for their son and must save him before the aliens take him away. 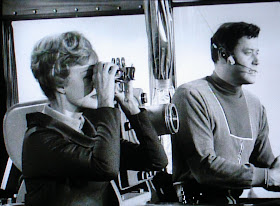