Are They Preparing to get out of Dodge? 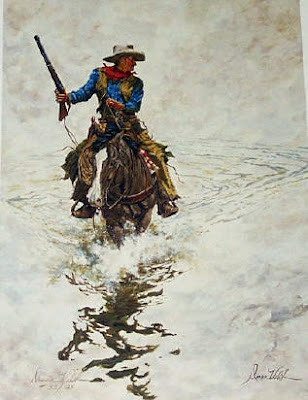 Many of the governments of the world will be on hiatus soon at the same time. Maybe I'm missing out because I don't follow the Satanic calendar, but the President of the corporation will be ending a west coast junket in Denver the location of one of the most recent exercises Operation Mountain Guardian. I'm sure we all know what's in the mountain. Is something supposed to happen or are they just showing the flag. By the looks of the terror drill, they seem to be anticipating WWIII. But since fighter planes are required for people spending too much time in the lavatory on an aircraft maybe they're going to tag parked cars or something. Anyway we wait with baited breath. I'm sure our heroes will NOT be on the bridge when we strike the berg. They will have rowed away with the lifeboats.
There has been discussion that Comet Elenin is going to pass very close to Earth. They'd lie to use even if it was to hit Manhattan.
C/2010 X1 made its closest approach to the Sun (perihelion) on 10 September 2011 at a distance of 0.4824 AU (72,170,000 km; 44,840,000 mi).[3] Assuming it has not disintigrated, will make its closest approach to the Earth on 16 October 2011, at a distance of 0.2338 AU (34,980,000 km; 21,730,000 mi)[3] or slightly closer than the planet Venus, at a relative velocity of 86,000 km/h.[3]
http://en.wikipedia.org/wiki/C/2010_X1

Update: Comet Elenin mystery took another twist as amateur observers Kelly and Rob Collins posted images from NASA's STEREO system showing the Comet splitting into two as a result of shockwaves from an immense explosion. STEREO stands for Solar Terrestrial Relations Observatory, a NASA project to study solar activity and its effect on the earth. Sydneystargazers.com reported that Leonid Elenin had confirmed the Comet's disintegration on his own web site spaceobs.org . This information, and whether the web site actually belongs to Leonid Elenin, have not been independently verified. There has been no announcement or update by NASA on Comet Elenin.

Animation of 5 images taken Aug 19,22,23,27,29 displaying the nucleus of Comet Elenin in the process of disintegrating. Credit: Michael Mattiazzo.
Elenin’s mass is smaller than average and its trajectory will take it no closer than 34 million km (21 million miles) of Earth as it circles the Sun. It will make its closest approach to Earth on October 16th, but be closest to the Sun on Sept. 10.
http://www.truthwinds.com/siterun_data/space/space_exploration/news.php?q=1314721415

CONGRESS: will be on vacation from September 25 to October 2

Obama will head West on the 25th and will arrive in Denver on September 27th.

NASA announced last Tuesday, September 6th, that astronauts, engineers, education specialists and program scientists from their organization will be in Denver for the week of, you guessed it, September 21st to the 27th.

"Destination Station" is the key word. Does it mean get underground?

No plannings for Merkel at this time...

No target date for minister of defense after 17th Sept.

The House of Commons is in recess. The House will next sit on Monday 10 October 2011.

The House of Lords is in recess. The House will next sit on Monday 03 October 2011.