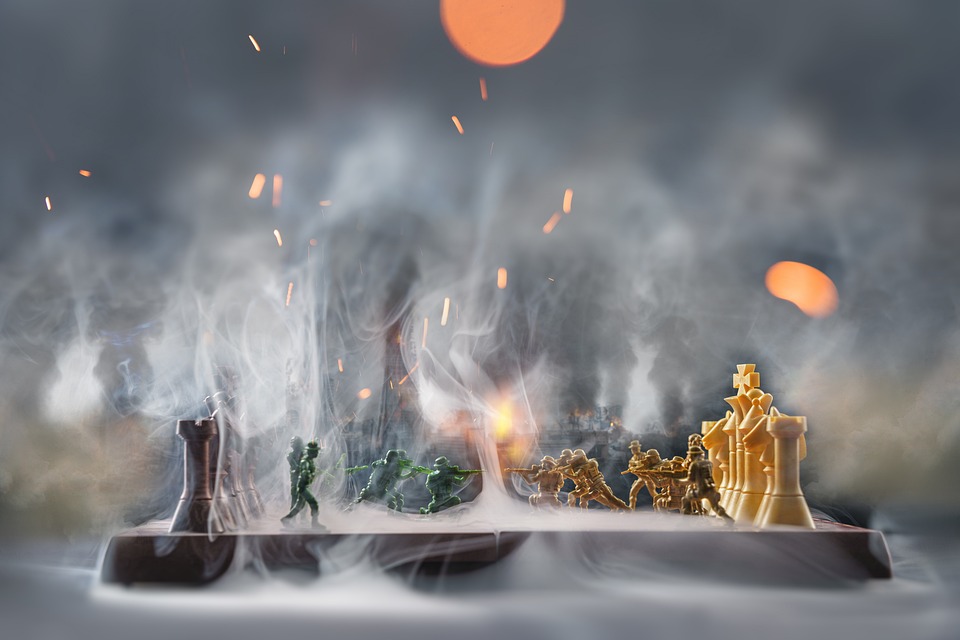 There is much derision in the fetid alliance between NATO and Ukraine. The recent missile debacle has torn the union to shreds. Zelensky needs a full blown war to sustain his dictatorship. The master plan first involved making it appear that Russia crossed the alliance's red line. That involved exploding a dirty bomb and blaming it on Russia.

Russia revealed the intelligence gathered on the plot to the world and begged for attention. There were secret talks just a few days ago in Ankara, Turkey. President Erdogan made his sympathies known. He said he had great trust and respect in the NATO villain Vladimir Putin. He struck a deal to buy Russian oil in Rubles.

So things are not going well for the man in the T shirt known as Volodymyr Zelensky. Viktor Orban's government in Hungary stated he set a bad example by immediately blaming the Russians for the attack with no real evidence or proof.

The most likely scenario following the age old dictum cui bono (who benefits) would imply the Ukrainians followed the tried and true false flag attack to get NATO to invoke Article 5 of the NATO treaty. No NATO government would prostrate itself on a sacrificial altar to fulfill those sordid ends. If this is the real deal, then Zelensky is totally deranged.

It gets worse. The Wall Street Journal reports the alliance is running out of ammunition. The members are growing concerned. What if this is a feint to take NATO out of the game before China launches the second prong of the attack to grab Taiwan. The western powers and their New World Order would find the dustbin of history.

The paper quotes US General Mark Milley as saying:

“Mutual recognition is required that a military victory in the narrowest sense is not possible for either side. Therefore, other considerations are needed."

"We are seeing real practical problems for further military success, we are seeing a shortage of weapons and ammunition, " the paper quoted another unnamed government official as saying.

The newspaper even specifically mentions:

“The US and some of its allies are concerned about their stockpiles of weapons systems, as well as ammunition, as they are running out of control.

American aid this year to Ukraine has reached 19 billion dollars and has far exceeded European aid."

According to the report, Washington has already signaled to Ukraine that it should show itself ready for negotiations. European diplomats also asked Zelensky to start thinking about realistic demands.

This also includes the request to review, for example, the recapture of Crimea.

So essentially the war cannot be won. Peace is the only option. The NATO countries will not become desolate wastelands for the benefit of Volodymyr Zelensky. It might have been a better ally that didn't give you the arms to fight to the last Ukrainian. However, war is about money, power and control. One would be a fool to think all those billions were committed to a Jesus revival, but as circus master P. T. Barnum used to say, there's one born every minute. In the modern era of mass communication I say there's a million born every minute or less.

Those are the marching orders from the deep state revealed in one of their flagship papers. I learned the craft in the 60's with the Vietnam War. Both the government and their media whores lie. They cannot help themselves. In the day Operation Paperclip was exposed. Then the people drifted off to sleep and concentrated on the diversions. The memory hole is that effective an instrument.

Not understanding the basics of the intelligence craft is like trusting a surgeon with no knowledge of anatomy. The potential for error will be catastrophic, but so we exist on the thin edge of the wedge depending on outright lies and deceptions to pave the way to victory. Bugs Bunny's line what a maroon comes to mind.

So what really happened? 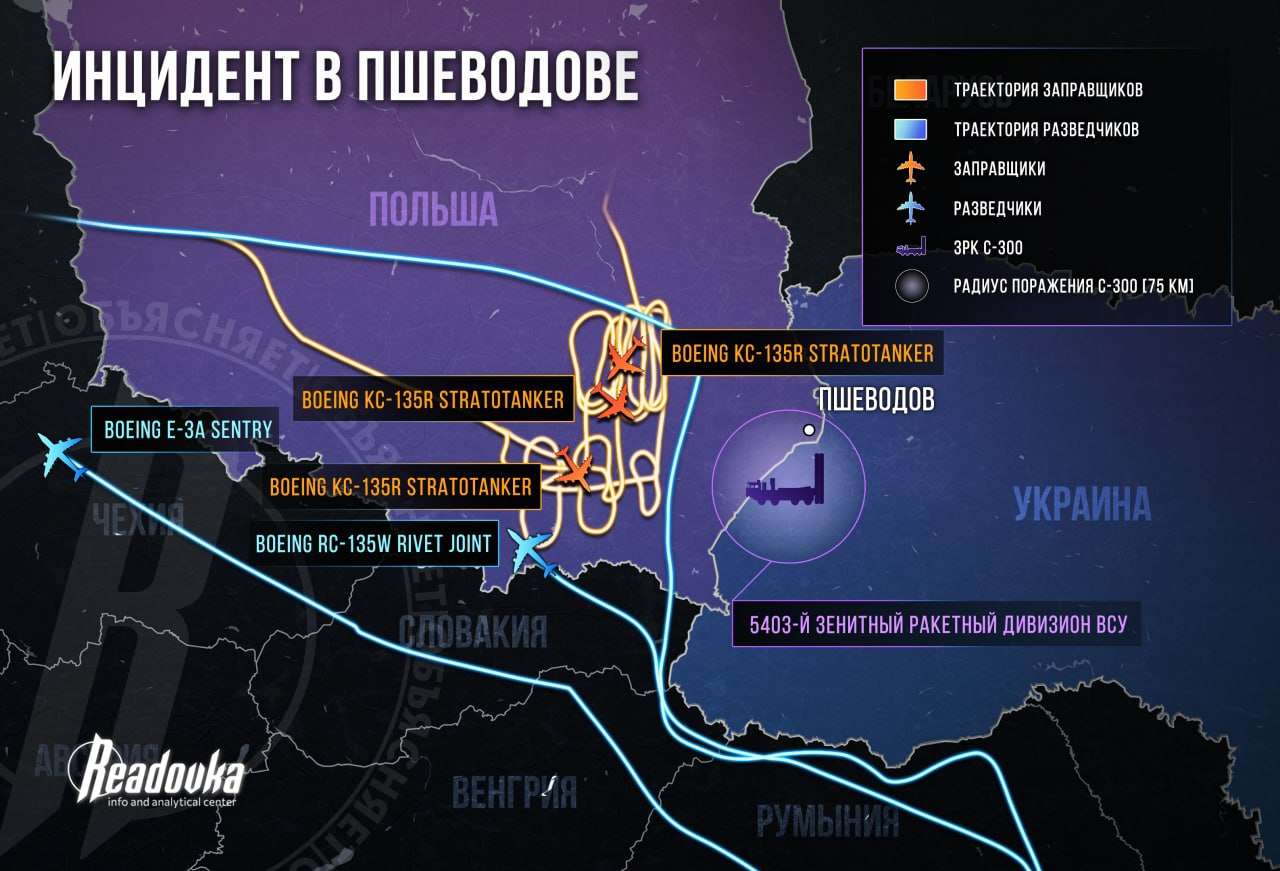 As usual the grand chessboard was rife with activity. You are not told these things in the classic art of mind manipulation. It appears the vultures in the form of three US KC-135 tanker aircraft with numbers 61-0267, 63-8874 and 63-8878 appeared in the area.In the era of carbon footprints, they left a few big ones to establish evidence at the crime scene. They were there to replenish a NATO E-3A Joint Airborne Early Warning Aircraft number LX-N90448 and a US RC-135W reconnaissance aircraft number 62-4138. These aircraft were overseeing the launch of the antiquated 'Soviet' missiles. Ukraine used these murder weapons too. Forces were waiting for the false flag to be raised. They were American forces under the guise of NATO.

We must remember in any escalation of this war that the primary mission of the cultists who rule Washington is to get Russia and the United States embroiled in a nuclear war. Many of these democratic leaders were initiates of the Peoples' Temple cult run by Jim Jones. In any trade or vocation there are a fundamental core set of values. The cult's have been obvious. Recognizing this assists you in determining the propaganda being deployed upon us like that of Jones in Guyana at the time of the Kool Aid party.

"As a result, we have increased activity by NATO countries, which could well provide target designation and coordination, as well as launchers of Ukrainian ground-capable missiles.

In addition, it is worth noting that the hit on the tractor itself occurred at a time when the strikes of the Russian Armed Forces on the territory of Ukraine were almost over.

Considering the fact that almost immediately after the incident, an active information and psychological campaign began to discredit Russia, which, as we know, has not ended, there is reason to believe that NATO forces carried out a special operation, the main purpose of which which was the defamation of the Russian Federation, followed by forcing them to stop strikes on Ukraine's infrastructure."

Ukraine did house at least five bioweapons labs under U.S. auspices. They were at least 25 around the world. Samples were harvested from bats and sent to Wuhan under diplomatic cover. I stumbled on one of the world's most intrepid reporters. She broke the stories. I interviewed her in 2018 as this was being sprung upon us. They may have acted before the plot was fully matured as I started blowing their cover on Power Hour radio. Still today the world is silent on these issues.

Project GG-21: “All volunteer deaths will be promptly reported”

The Pentagon has launched a 5-year long project with a possible extension of up to 3 years code-named GG-21: “Arthropod-borne and zoonotic infections among military personnel in Georgia”. According to the project’s description, blood samples will be obtained from 1,000 military recruits at the time of their military registration physical exam at the Georgian military hospital located in Gori.

The samples will be tested for antibodies against fourteen pathogens.

The amount of blood draw will be 10 ml. Samples will be stored indefinitely at the NCDC (Lugar Center) or USAMRU-G and aliquots might be sent to WRAIR headquarters in US for future research studies. Walter Reed Army Institute of Research (WRAIR) is the largest biomedical research facility administered by the U.S. Department of Defense. The results of the blood testing will not be provided to the study participants. 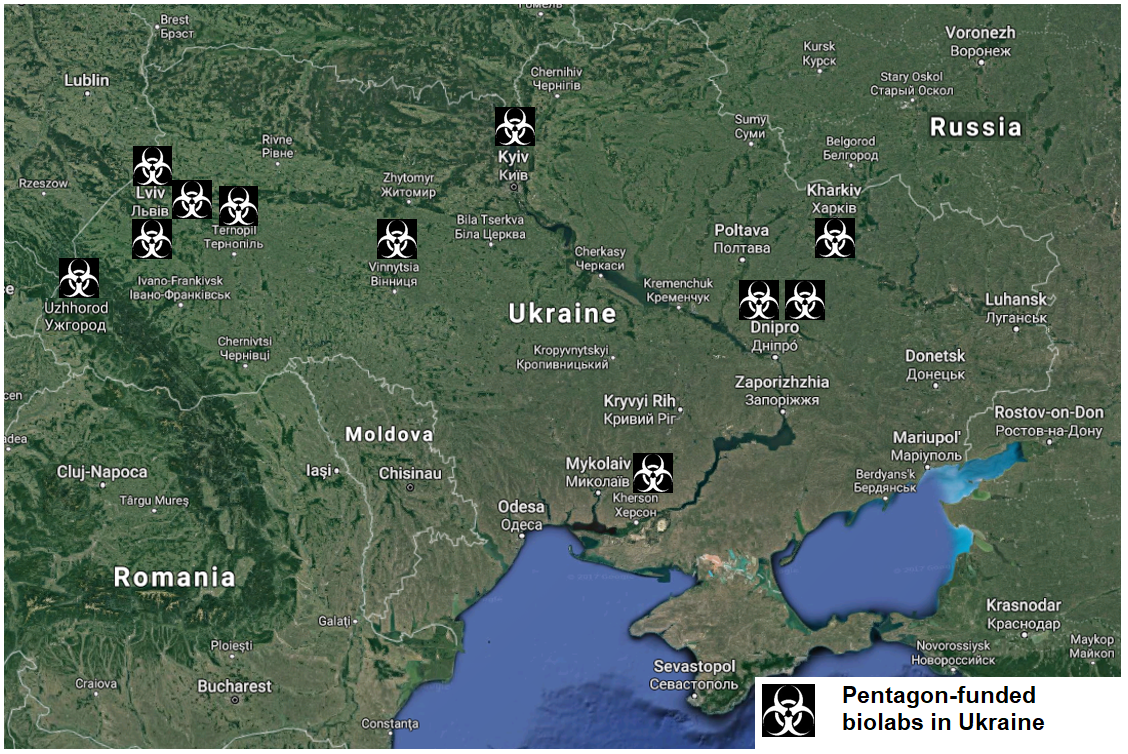 The Pentagon activities in Ukrainian biolabs were funded by the Defense Threat Reduction agency (DTRA). DTRA allocated $80 million for biological research in Ukraine as of 30 July 2020, according to information obtained from the US Federal contracts registry. The US company Black & Veatch Special Projects Corp. was tasked with the program. 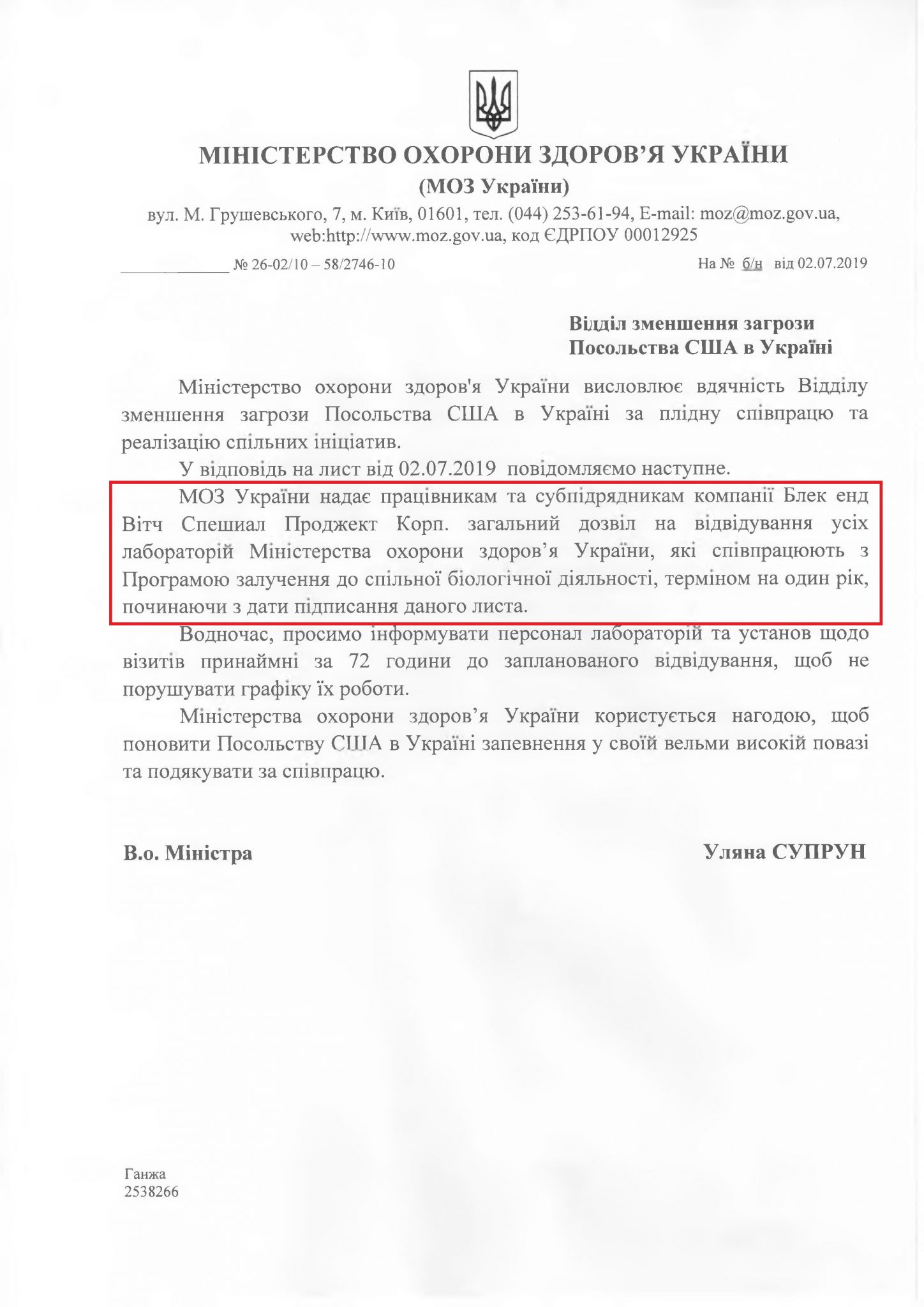 The first known case of use of biological weapons in our history was 250 years ago when the British gave blankets infected with smallpox to the indigenous people of North America. As a result, a great many of them died and the British Empire gained control over the whole continent. 250 years on, history repeats itself. Biological weapons are definitely much more effective than nuclear weapons. The use of nuclear weapons leaves traces: an airplane taking off from an aerodrome and launching a rocket, a large number of participants in preparation of an attack. Therefore, the perpetrators can be easily detected and held to account. Conversely, viruses can be used as weapons, though, they do not leave such immediate or discernible traces and it takes only a few crazy people who have decided to kill millions.

According to some scientific estimates, biological weapons can potentially destroy up to two thirds of the global population in just a year. Our world is one big metropolis and even one virus engineered in a laboratory would be able to fulfil this goal in a short period of time, at a minimal cost and without leaving traces to the perpetrator. 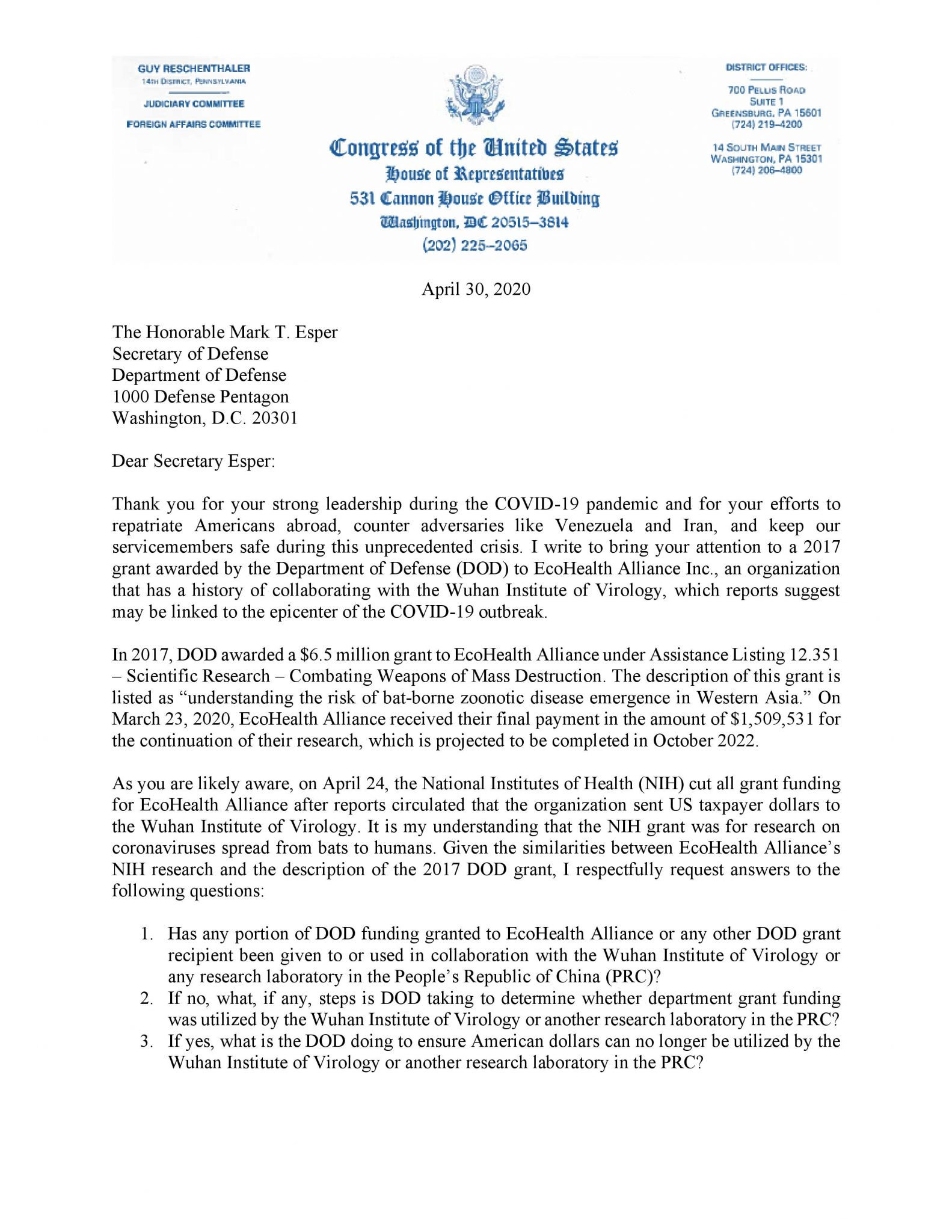 What luck for rulers that men do not think.

"Comrades, I'm very excited today, because the large-scale online survey sina.com that was done for us showed that our next generation is quite promising and our Party's cause will be carried on. In answering the question, "Will you shoot at women, children and prisoners of war," more than 80 per cent of the respondents answered in the affirmative, exceeding by far our expectations. Today I'd like to focus on why we asked sina.com to conduct this online survey among our people. My speech today is a sequel to my speech last time, during which I started with a discussion of the issue of the three islands [Taiwan, Diaoyu Islands and the Spratley Islands --- Ott] and mentioned that 20 years of the idyllic theme of 'peace and development' had come to an end, and concluded that modernization under the saber is the only option for China's next phase. I also mentioned we have a vital stake overseas. The central issue of this survey appears to be whether one should shoot at women, children and prisoners of war, but its real significance goes far beyond that. Ostensibly, our intention is mainly to figure out what the Chinese people's attitude towards war is: If these future soldiers do not hesitate to kill even noncombatants, they'll naturally be doubly ready and ruthless in killing combatants. Therefore, the responses to the survey questions may reflect the general attitude people have towards war..We wanted to know: If China's global development will necessitate massive deaths in enemy countries; will our people endorse that scenario? Will they be for or against it?"

You snooze. You lose. So wake up.