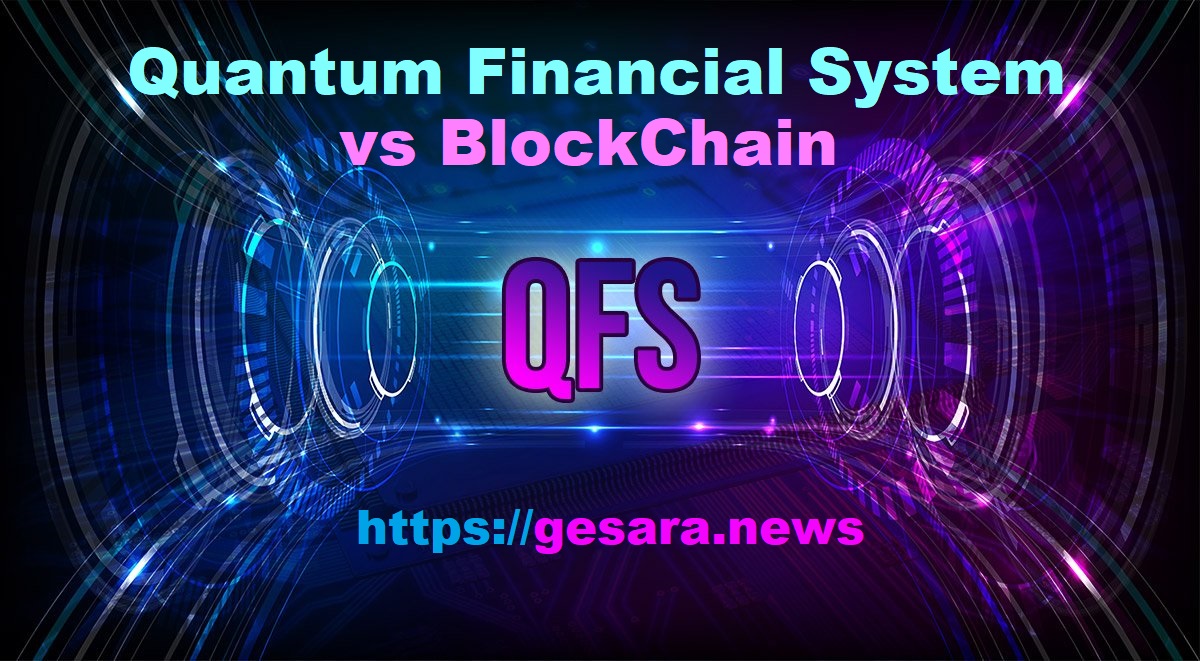 QFS has no comparison to anything that has ever been presented to the world before. It is like an antigravity machine compared to a car. There is no real basis to understand this technology.

Now if we discuss about the Quantum Financial System and its interrelation with Blockchain and future banking then we came to know that QFS is dealing in blockchain, shared ledgers and distributed ledger technologies, cryptocurrencies, virtual currencies and digital currencies. QFS is stored and operate on the satellite-based servers based on Quantum Computing. The reason is Quantum Computing is more secure and advance, because of its pattern of processing, the quantum computing uses two or more quantum states together to create another state by firing electrons through semiconductors using configurable pulse of light which results fastest state of speed. That's why Quantum Computers store far more information requiring less energy and deliver more speed than current state computers.

Quantum Financial System is the future of the banks because it provides methods to perform everyday tasks better than a traditional computer. This technology will replace blockchain and cryptography within a period of ten years.