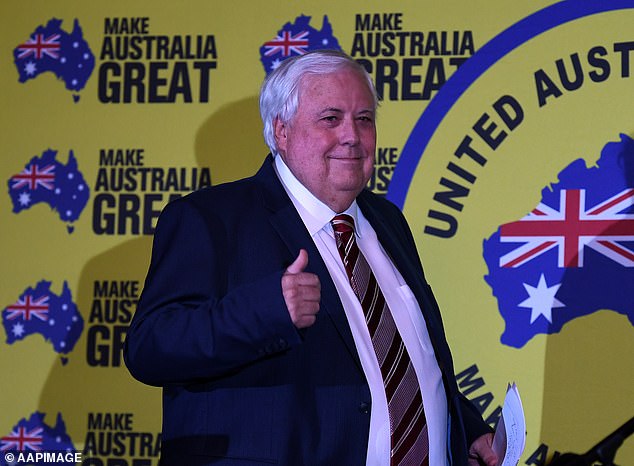 Western Australian Premier Mark McGowan has accused Clive Palmer of seeking to enter WA so he can promote hydroxychloroquine as a coronavirus cure.

The billionaire mining magnate, who was denied an exemption to WA's hard border closures, is challenging the restrictions on the basis they are unconstitutional.

A ruling is expected in the High Court in October after a four-day hearing wrapped up in the Federal Court last week.

Mr Palmer has claimed he wanted to enter WA to attend to business interests and meet WA senator and Finance Minister Mathias Cormann.

But WA's premier claims Mr Palmer had other intentions when he initially submitted his application.

'He wanted to come to Western Australia to promote hydroxychloroquine to the people of the state as some sort of cure for COVID,' Mr McGowan told reporters on Monday.

So there's at least one billionaire patriot on the blue marble. Hallelujah.

American doctors are starting to speak out. It works. It works rather well in fact. The treatment is being denied to support the narrative which is to enrich Herr Gates. August 8 is expose Bill Gates day.

DOCTORS SPEAK OUT ABOUT COVID & THE #FEARPORN #FAKENEWS