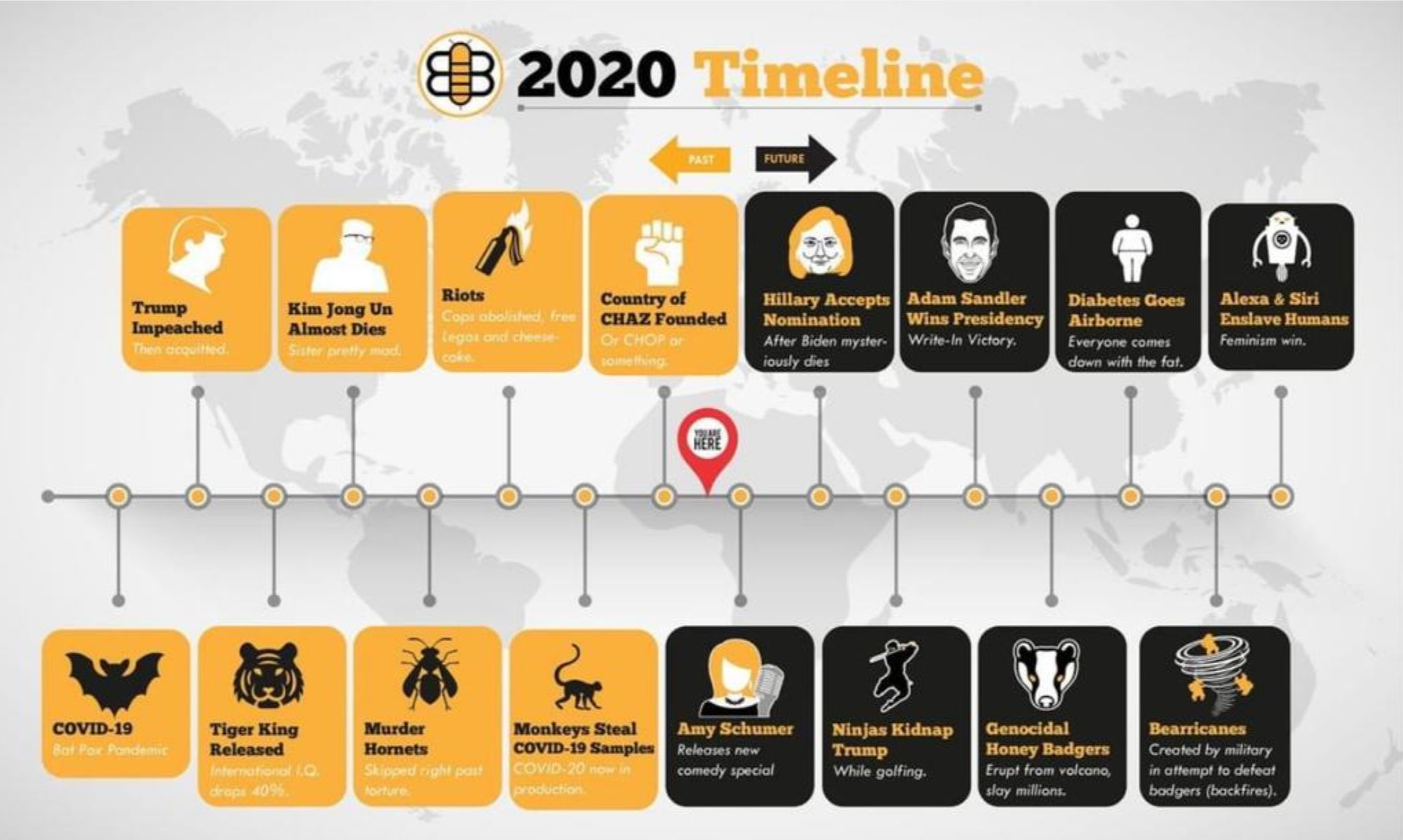 Color Revolution is the term used to describe a series of remarkably effective CIA-led regime change operations using techniques developed by the RAND Corporation, “democracy” NGOs and other groups since the 1980’s. They were used in crude form to bring down the Polish communist regime in the late 1980s. From there the techniques were refined and used, along with heavy bribes, to topple the Gorbachev regime in the Soviet Union. For anyone who has studied those models closely, it is clear that the protests against police violence led by amorphous organizations with names like Black Lives Matter or Antifa are more than purely spontaneous moral outrage. Hundreds of thousands of young Americans are being used as a battering ram to not only topple a US President, but in the process, the very structures of the US Constitutional order.

If we step back from the immediate issue of videos showing a white Minneapolis policeman pressing his knee on the neck of a black man, George Floyd, and look at what has taken place across the nation since then, it is clear that certain organizations or groups were well-prepared to instrumentalize the horrific event for their own agenda.

The protests since May 25 have often begun peacefully only to be taken over by well-trained violent actors. Two organizations have appeared regularly in connection with the violent protests—Black Lives Matter and Antifa (USA). Videos show well-equipped protesters dressed uniformly in black and masked (not for coronavirus to be sure), vandalizing police cars, burning police stations, smashing store windows with pipes or baseball bats. Use of Twitter and other social media to coordinate “hit-and-run” swarming strikes of protest mobs is evident.

What has unfolded since the Minneapolis trigger event has been compared to the wave of primarily black ghetto protest riots in 1968. I lived through those events in 1968 and what is unfolding today is far different. It is better likened to the Yugoslav color revolution that toppled Milosevic in 2000.

In the year 2000 the US State Department, aided by its National Endowment for Democracy (NED) and select CIA operatives, began secretly training a group of Belgrade university students led by a student group that was called Otpor! (Resistance!). The NED and its various offshoots was created in the 1980’s by CIA head Bill Casey as a covert CIA tool to overthrow specific regimes around the world under the cover of a human rights NGO. In fact, they get their money from Congress and from USAID.

In the Serb Otpor! destabilization of 2000, the NED and US Ambassador Richard Miles in Belgrade selected and trained a group of several dozen students, led by Srđa Popović, using the handbook, From Dictatorship to Democracy, translated to Serbian, of the late Gene Sharp and his Albert Einstein Institution. In a post mortem on the Serb events, the Washington Post wrote, “US-funded consultants played a crucial role behind the scenes in virtually every facet of the anti-drive, running tracking polls, training thousands of opposition activists and helping to organize a vitally important parallel vote count. US taxpayers paid for 5,000 cans of spray paint used by student activists to scrawl anti-Milošević graffiti on walls across Serbia.”

Trained squads of activists were deployed in protests to take over city blocks with the aid of ‘intelligence helmet’ video screens that give them an instantaneous overview of their environment. Bands of youth converging on targeted intersections in constant dialogue on cell phones, would then overwhelm police. The US government spent some $41 million on the operation. Student groups were secretly trained in the Sharp handbook techniques of staging protests that mocked the authority of the ruling police, showing them to be clumsy and impotent against the youthful protesters. Professionals from the CIA and US State Department guided them behind the scenes.

The Color Revolution Otpor! model was refined and deployed in 2004 as the Ukraine Orange Revolution with logo and color theme scarves, and in 2003 in Georgia as the Rose Revolution. Later Secretary of State Hillary Clinton used the template to launch the Arab Spring. In all cases the NED was involved with other NGOs including the Soros Foundations.

After defeating Milosevic, Popovic went on to establish a global color revolution training center, CANVAS, a kind of for-profit business consultancy for revolution, and was personally present in New York working reportedly with Antifa during the Occupy Wall Street where also Soros money was reported.

The protests, riots, violent and non-violent actions sweeping across the United States since May 25, including an assault on the gates of the White House, begin to make sense when we understand the CIA’s Color Revolution playbook.

The impact of the protests would not be possible were it not for a network of local and state political officials inside the Democratic Party lending support to the protesters, even to the point the Democrat Mayor of Seattle ordered police to abandon several blocks in the heart of downtown to occupation by protesters.

In recent years major portions of the Democratic Party across the US have been quietly taken over by what one could call radical left candidates. Often they win with active backing of organizations such as Democratic Socialists of America or Freedom Road Socialist Organizations. In the US House of Representatives the vocal quarter of new representatives around Alexandria Ocasio-Cortez (D-NY), Rashida Tlaib and Minneapolis Representative Ilhan Omar are all members or close to Democratic Socialists of America. Clearly without sympathetic Democrat local officials in key cities, the street protests of organizations such as Black Lives Matter and Antifa would not have such a dramatic impact.

To get a better grasp how serious the present protest movement is we should look at who has been pouring millions into BLM. The Antifa is more difficult owing to its explicit anonymous organization form. However, their online Handbook openly recommends that local Antifa “cells” join up with BLM chapters.

BLM began in 2013 when three activist friends created the #BlackLivesMatter hashtag to protest the allegations of shooting of an unarmed black teenager, Trayvon Martin by a white Hispanic block watchman, George Zimmermann. Alicia Garza, Patrisse Cullors, and Opal Tometi were all were connected with and financed by front groups tied to something called Freedom Road Socialist Organization, one of the four largest radical left organizations in the United States formed out of something called New Communist Movement that dissolved in the 1980s.

In short the protests over the alleged police killing of a black man in Minnesota are now being used to call for a revolution against capitalism. FRSO is an umbrella for dozens of amorphous groups including Black Lives Matter or BLM. What is interesting about the self-described Marxist-Leninist roots of the Freedom Road Socialist Organization (FRSO) is not so much their left politics as much as their very establishment funding by a group of well-endowed tax-exempt foundations.

Alicia Garza of BLM is also a board member or executive of five different Freedom Road front groups including 2011 Board chair of Right to the City Alliance, Board member of School of Unity and Liberation (SOUL), of People Organized to Win Employment Rights (POWER), Forward Together and Special Projects director of National Domestic Workers Alliance.

The Right to the City Alliance got $6.5 million between 2011 and 2014 from a number of very established tax-exempt foundations including the Ford Foundation ($1.9 million), from both of George Soros’s major tax-exempts–Open Society Foundations, and the Foundation to Promote Open Society for $1.3 million. Also the cornflake-tied Kellogg Foundation $250,000, and curiously, Ben & Jerry’s Foundation (ice cream) for $30,000.

Garza also got major foundation money as Executive Director of the FRSO front, POWER, where Obama former “green jobs czar” Van Jones, a self-described “communist” and “rowdy black nationalist,” now with CNN, was on the board. Alicia Garza also chaired the Right to the City Alliance, a network of activist groups opposing urban gentrification. That front since 2009 received $1.3 million from the Ford Foundation, as well as $600,000 from the Soros foundations and again, Ben & Jerry’s ($50,000). And Garza’s SOUL, which claimed to have trained 712 “organizers” in 2014, when she co-founded Black Lives Matter, got $210,000 from the Rockefeller Foundation and another $255,000 from the Heinz Foundation (ketchup and John Kerry family) among others. With the Forward Together of FRSO, Garza sat on the board of a “multi-racial organization that works with community leaders and organizations to transform culture and policy to catalyze social change.” It officially got $4 million in 2014 revenues and from 2012 and 2014, the organization received a total of $2.9 million from Ford Foundation ($655,000) and other major foundations.

Nigeria-born BLM co-founder Opal Tometi likewise comes from the network of FRSO. Tometi headed the FRSO’s Black Alliance for Just Immigration. Curiously with a “staff” of two it got money from major foundations including the Kellogg Foundation for $75,000 and Soros foundations for $100,000, and, again, Ben & Jerry’s ($10,000). Tometi got $60,000 in 2014 to direct the group.

The Freedom Road Socialist Organization that is now openly calling for a revolution against capitalism in the wake of the Floyd George killing has another arm, The Advancement Project, which describes itself as “a next generation, multi-racial civil rights organization.” Its board includes a former Obama US Department of Education Director of Community Outreach and a former Bill Clinton Assistant Attorney General for Civil Rights. The FRSO Advancement Project in 2013 got millions from major US tax-exempt foundations including Ford ($8.5 million), Kellogg ($3 million), Hewlett Foundation of HP defense industry founder ($2.5 million), Rockefeller Foundation ($2.5 million), and Soros foundations ($8.6 million).

By 2016, the presidential election year where Hillary Clinton was challenging Donald Trump, Black Lives Matter had established itself as a well-organized network. That year the Ford Foundation and Borealis Philanthropy announced the formation of the Black-Led Movement Fund (BLMF), “a six-year pooled donor campaign aimed at raising $100 million for the Movement for Black Lives coalition” in which BLM was a central part. By then Soros foundations had already given some $33 million in grants to the Black Lives Matter movement. This was serious foundation money.

The BLMF identified itself as being created by top foundations including in addition to the Ford Foundation, the Kellogg Foundation and the Soros Open Society Foundations. They described their role: “The BLMF provides grants, movement building resources, and technical assistance to organizations working advance the leadership and vision of young, Black, queer, feminists and immigrant leaders who are shaping and leading a national conversation about criminalization, policing and race in America.”

Notably, when we click on the website of M4BL, under their donate button we learn that the donations will go to something called ActBlue Charities. ActBlue facilitates donations to “democrats and progressives.” As of May 21, ActBlue had given $119 million to the campaign of Joe Biden.

That was before the May 25 BLM worldwide protests. Now major corporations such as Apple, Disney, Nike and hundreds others may be pouring untold and unaccounted millions into ActBlue under the name of Black Lives Matter, funds that in fact can go to fund the election of a Democrat President Biden. Perhaps this is the real reason the Biden campaign has been so confident of support from black voters. What is clear from only this account of the crucial role of big money foundations behind protest groups such as Black lives Matter is that there is a far more complex agenda driving the protests now destabilizing cities across America. The role of tax-exempt foundations tied to the fortunes of the greatest industrial and financial companies such as Rockefeller, Ford, Kellogg, Hewlett and Soros says that there is a far deeper and far more sinister agenda to current disturbances than spontaneous outrage would suggest.

Note to readers: please click the share buttons above or below. Forward this article to your email lists. Crosspost on your blog site, internet forums. etc.

F. William Engdahl is strategic risk consultant and lecturer, he holds a degree in politics from Princeton University and is a best-selling author on oil and geopolitics, exclusively for the online magazine “New Eastern Outlook” where this article was originally published. He is a Research Associate of the Centre for Research on Globalization.