Stocks Plunge in Worst Drop Since 2008

RIGHT NOW The S.E.C. asks its Washington employees to work from home.

Here’s what you need to know:

Clorox and a handful of retail stocks rose.

S.E.C. advises employees in Washington to work from home.

It was Wall Street’s worst day in more than a decade: Stocks plunged on Monday as a panic that began in the oil market made its way through the global financial system, adding to concerns from already rattled investors about the state of the global economy.

The S&P 500, already down 12 percent from its late February high, fell more than 7 percent on Monday. The sudden downdraft meant that trading in the United States was automatically halted early in the day — a rare occurrence meant to prevent stocks from crashing — but it resumed after a 15-minute delay. The Dow Jones industrial average fell 2,000 points.

The drop on Monday was the worst for stocks in the United States since December 2008, when the country was still reeling from the collapse of Lehman Brothers and the housing crisis that dragged the economy into a recession. It put the index close to 20 percent below its record high, a drop that would have ended the bull market for stocks that began exactly 11 years ago.

Asian markets opened mixed on Tuesday, in an apparent sign that investors were trying to regain their footing one day after the worst financial rout in years.

But Australian shares were up nearly 1 percent, and Hong Kong opened more than 1 percent higher. Futures markets were predicting Wall Street and Europe would open higher on Tuesday as well. 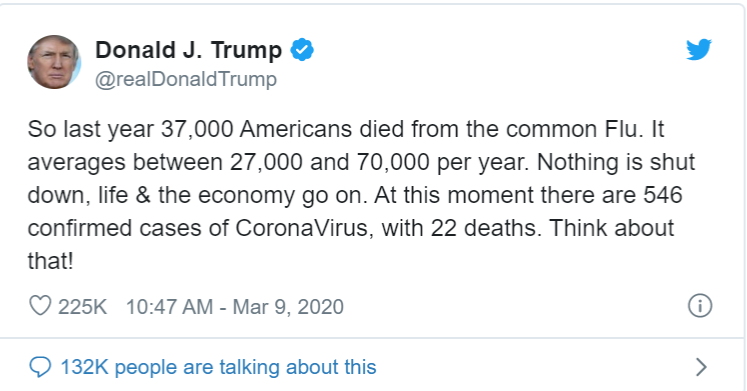