Playboy model-turned-Hollywood sex therapist Dr. Amie Harwick, 38, who was once engaged to Drew Carey, is 'MURDERED 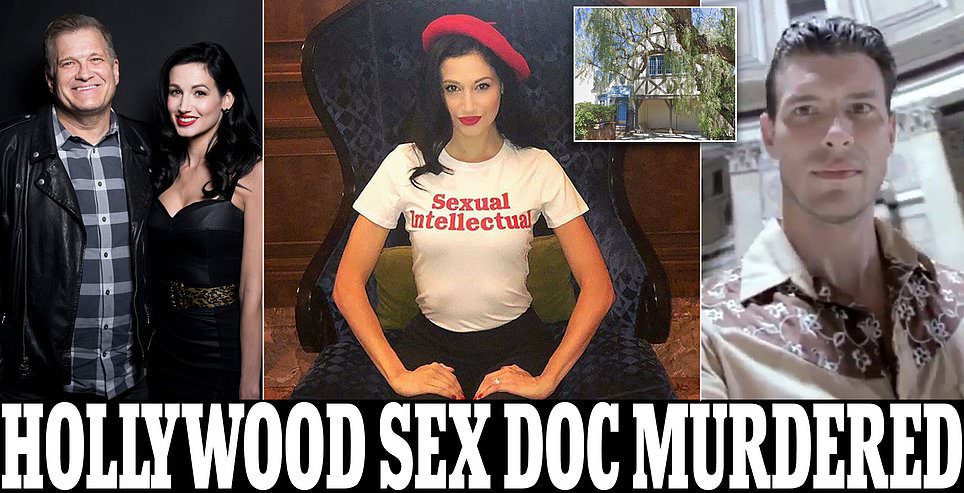 Harwick, 38, was found unconscious outside her Hollywood Hills home early on Saturday morning

The sex therapist was rushed to a local hospital, where she was pronounced dead

LAPD says her former boyfriend Gareth Pursehouse, 41, was arrested at around 4.30pm on Saturday in Playa Del Rey on suspicion of murder

Harwick, a former Playboy model, told friends she feared her ex-boyfriend would harm her and filed for a restraining order against him

She was the former fiancée of Carey, host of The Price Is Right game show

Pursehouse is being hold on a $2million bond

By REUTERS and ARIEL ZILBER FOR DAILYMAIL.COM

A Hollywood sex therapist who was once engaged to Drew Carey has been murdered by a different ex-boyfriend after the restraining order she took out against him expired.

Dr. Amie Harwick, 38, was found unconscious on the ground at around 1.15am on Saturday after officers responded to a report of a 'woman screaming' in a Hollywood Hills neighborhood, the Los Angeles Police Department said in a statement.

She had been thrown from her third floor apartment's balcony, according to police.

Gareth Pursehouse, 41, was arrested at around 4.30pm on Saturday in Playa Del Rey on suspicion of murder.

Harwick had previously told friends she feared he would hurt her. She had filed a restraining order against him but it had expired two weeks ago.

The doctor's roommate told police that after Pursehouse broke in, they ran out of the apartment to get help for her.

By the time officers arrived at the property, she had been thrown from the balcony.