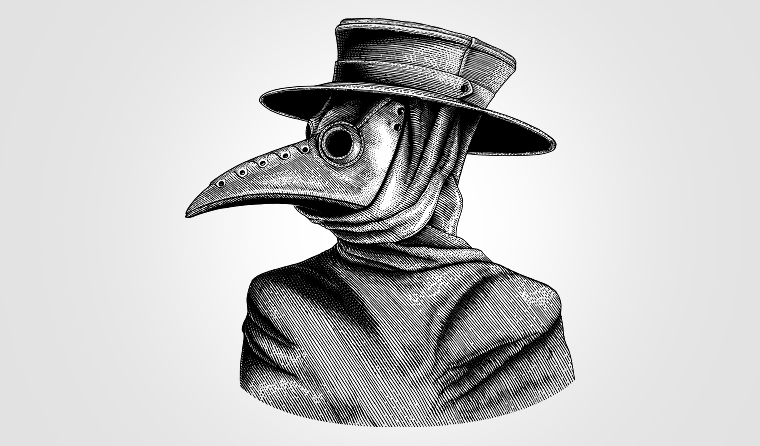 The biggest bank in Europe is in the process of imploding, and there are persistent rumors that the final collapse could happen sooner rather than later. Those that follow my work on a regular basis already know that this is a story that I have been following for years. Deutsche Bank is rapidly bleeding cash, they have been laying off thousands of workers, and the vultures have been circling as company executives desperately try to implement a turnaround plan. Unfortunately for Deutsche Bank, it may already be too late. And if Deutsche Bank goes down, it will be even more catastrophic for the global financial system than the collapse of Lehman Brothers was in 2008. Germany is the glue that is holding the EU together, and so if the bank that is right at the heart of Germany’s financial system collapses, the dominoes will likely start falling very rapidly.

There has been a tremendous amount of speculation about Deutsche Bank over the past several days, and so let’s start with what we know.

Deutsche Bank reported a net loss that missed market expectations on Wednesday as a major restructuring plan continues to weigh on the German lender.

If you add the losses for the second and third quarter of 2019 together, you get a grand total of nearly 4 billion euros.

How in the world is it possible to lose that much money in just 6 months?

If all they had their employees doing was flushing dollar bills down the toilet for 6 months, it still shouldn’t be possible to lose that kind of money.

When investors learned of Deutsche Bank’s third quarter results last week, shares of the bank went down about 8 percent in a single day.

Overall, the stock price has lost over a quarter of its value over the past year.

Unless you enjoy financial pain, I have no idea why anyone would want to be holding Deutsche Bank stock at this point. As I have previously warned, it is eventually going to zero, and the only question remaining is how quickly it will get there.

On July 8, 2019, thousands of Deutsche Bank employees across the globe arrived at their offices, unaware that they would be leaving again, jobless, just a few hours later. In Tokyo, entire teams of equity traders were dismissed on the spot, while some London staff were reportedly told they had until 11am to leave the bank’s Great Winchester Street offices before their access cards stopped working.

The job cuts, which totalled 18,000, or around 20 percent of Deutsche Bank’s workforce, were the flagship element of a restructuring plan designed to save the ailing German lender.

The day before those layoffs happened, most of those employees would have probably told you that Deutsche Bank is in good shape and has a very bright future ahead.

Just like we witnessed with Lehman Brothers, there is always an effort to maintain the charade until the very last minute.

But the truth is that anyone with half a brain can see that Deutsche Bank is dying. There have been so many bad decisions, so many aggressive bets have gone bad, and there has been one scandal after another…

In April 2015, the bank paid a combined $2.5bn in fines to US and UK regulators for its role in the LIBOR-fixing scandal. Just six months later, it was forced to pay an additional $258m to regulators in New York after it was caught trading with Myanmar, Libya, Sudan, Iran and Syria, all of which were subject to US sanctions at the time. These two fines, combined with challenging market conditions, led the bank to post a €6.7bn ($7.39bn) net loss for 2015. Two years later, it paid a further $425m to the New York regulator to settle claims that it had laundered $10bn in Russian funds.

At this point, it is just a zombie bank that is stumbling along until someone finally puts it out of its misery.

Times change. Once upon a time (2001, in fact), Deutsche Bank was able to book stars like Robbie Williams for its staff Christmas party, with a Spice Girl turning up too just because it was such a great party. Now, according to the FT, Christian Sewing has even cancelled the daytime coffee-and-cake Christmas reception for retired employees.

Of course saving a few bucks on coffee and cake is not going to make a difference for a bank with tens of trillions of dollars of exposure to derivatives.

Deutsche Bank is the largest domino in Europe’s very shaky financial system. When it fully collapses, it will set off a chain reaction that nobody is going to be able to stop. David Wilkerson once warned that the financial collapse of Europe would begin in Germany, and Jim Rogers has warned that the implosion of Deutsche Bank would cause the entire EU to “disintegrate”…

Then the EU would disintegrate, because Germany would no longer be able to support it, would not want to support it. A lot of other people would start bailing out; many banks in Europe have problems. And if Deutsche Bank has to fail – that is the end of it. In 1931, when one of the largest banks in Europe failed, it led to the Great Depression and eventually the WWII. Be worried!

Sadly, most Americans can’t even spell “Deutsche Bank”, and they certainly don’t know that it is the most important bank in all of Europe.

But those that understand the times we are living in are watching Deutsche Bank very carefully, because if it implodes global financial chaos will certainly follow.