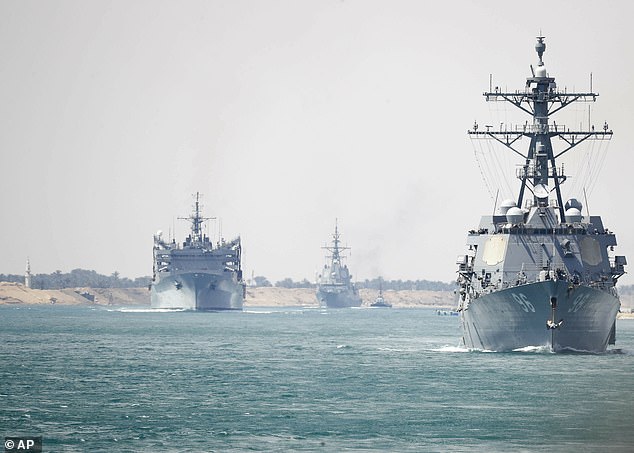 The USS Abraham Lincoln was spotted in the Suez Canal in Egypt making its way to the Strait of Hormuz, while diplomats ordered nonessential diplomatic staff out of Iraq

By WILLIAM COLE FOR MAILONLINE

Commercial airliners flying over the Persian Gulf region risk of being 'misidentified' amid heightened tensions with Iran, US officials have warned.

A notice from the Federal Aviation Administration states that aircraft flying over the waters around the Arabian Peninsula should be aware of 'heightened military activities and increased political tension'.

Tensions between Washington and Tehran have been on the rise after Iran suspended its commitments under the international nuclear deal to resume production of enriched uranium.

The United States has also deployed a carrier group and B-52 bombers over an unspecified Iranian 'threat'.

I speculate from yesterday's Google Doodle they're aiming to shoot down a plane. It comes like a thief in the night so prepare now if you are able.