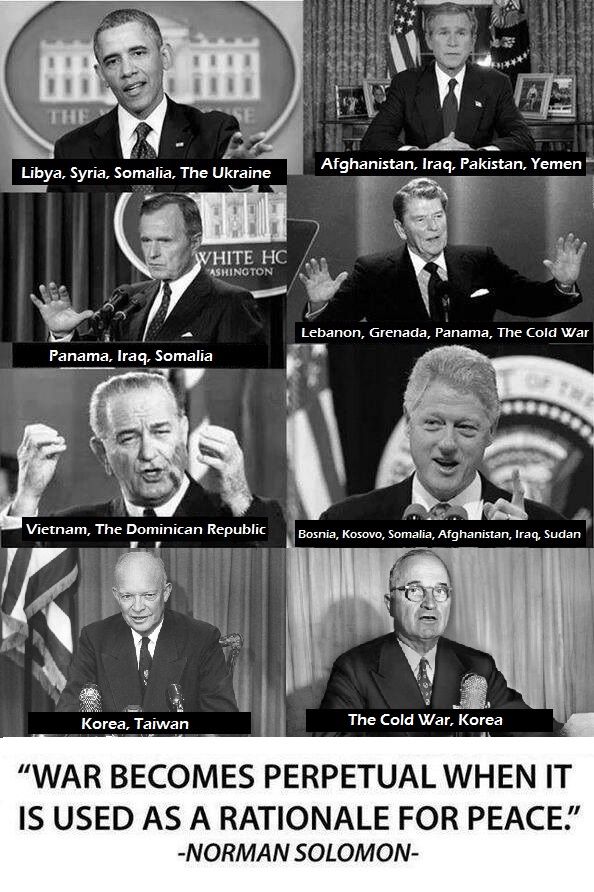 Our Senate won’t unite on anything to help America but they will unite on keeping our forever wars going indefinitely.

From the New York Times:

The Senate, in a bipartisan rebuke to President Trump’s foreign policy, voted overwhelmingly to advance legislation drafted by the majority leader to express strong opposition to the president’s withdrawal of United States military forces from Syria and Afghanistan.

The 68-to-23 vote to cut off debate ensures that the amendment, written by Senator Mitch McConnell of Kentucky and backed by virtually every Senate Republican, will be added to a broader bipartisan Middle East policy bill expected to easily pass the Senate next week.

It’s not just Trump, but the will of the American public who voted him into office to end these wars which was “rebuked” here.

The “broader bipartisan Middle East policy bill” is a bill to give Israel $38 billion from US taxpayers and make it illegal for US citizens to boycott the state of Israel.

As The Forward reported last month, the ADL said in a private memo that the anti-BDS law which is part of this bill was blatantly unconstitutional and would create antisemitism — but they backed it anyways.

[…]Mr. Trump’s declaration of victory over the Islamic State provoked a swift backlash on Capitol Hill in December when he ordered that the United States pull 2,000 troops from Syria and 7,000 from Afghanistan.

Mr. McConnell, usually a reliable ally of the president’s, drafted an amendment warning that “the precipitous withdrawal of United States forces from either country could put at risk hard-won gains and United States national security.”

“I believe the threats remain,” he said in a speech on Thursday. “ISIS and Al Qaeda have yet to be defeated, and American national security interests require continued commitment to our mission there.”Without directly invoking the president’s name, Mr. McConnell countered Mr. Trump’s isolationist policies, arguing that “it is incumbent upon the United States to lead, to continue to maintain a global coalition against terror and to stand by our local partners.”

Indeed, the threat will remain in perpetuity therefor we can never leave and actually need to start new wars in Venezuela and Iran — even though this is exactly what everyone voted against when they voted for Trump.

The fake news media, the fake right and the fake “resistance” will cheer it every step of the way. Anyone who disagrees will be smeared as a “Russkie” agent and the president we elected to stop all this lunacy will have everyone around him arrested and charged with manufactured crimes and be browbeat into submission by the entire establishment uniting against him.

What a wonderful system of governance we have!

The bipartisan heroes of the Senate never voted to deploy troops to Syria, but they're voting to "rebuke" Trump for withdrawing them. The world's greatest deliberative body, indeed https://twitter.com/nytimes/status/1091070210067582976 …

Breaking News: The Senate, in a stinging bipartisan rebuke to President Trump, advanced a measure opposing his moves to withdraw troops in Syria and Afghanistan. https://nyti.ms/2DM0K6V

781 people are talking about this

Here’s how everyone voted: All the Democrats poised to potentially run for 2020 voted against it, showing they know how unpopular this is (not that it mattered). Ted Cruz, John Kennedy and Mike Lee were the only Republicans to vote against it.

A Note From The Publisher: On January 17th I received another 30 day suspension from Facebook for sharing this article. The truth is a violation of community standards. We will keep publishing the truth, but please understand that we just lost a lot of traffic and I need you to help spread the word if we are to keep growing. I can't share anything on Facebook, but YOU can. Please do what you can to help. God Bless You, Dean Garrison