Chinese bomber warplanes 'likely training for strikes against US and allies' 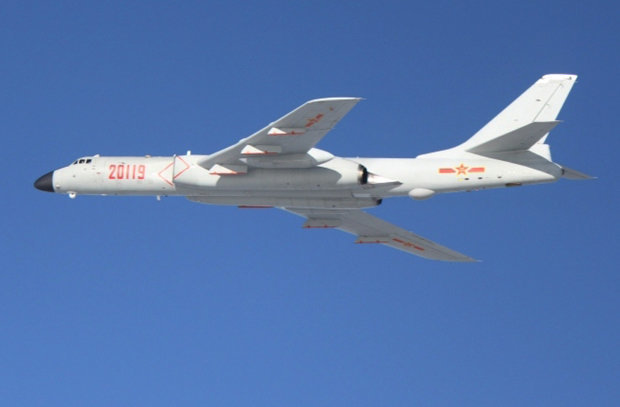 CHINA’s fleet of stealth bombers are “rapidly” ramping up operations as they are “likely training for strikes” against the United States and its allies, according to a new Pentagon report.

The development of People’s Liberation Army (PLA) bombing capabilities was highlighted in the Pentagon’s annual analysis of China’s growing military, economic and diplomatic influence across the globe.

China’s defence spending exceeded $190bn in 2017 as the one-party socialist republic seeks to project military power on the international stage, the report said.

Commenting on China’s air force, the Pentagon said the PLA is aiming “to engage targets as far away from China as possible” with its bombing operations.

“Over the last three years, the PLA [People’s Liberation Army] has rapidly expanded its overwater bomber operating areas, gaining experience in critical maritime regions and likely training for strikes against US and allied targets,” the report said, warning of China’s increased presence in the Pacific.

Last year China’s H-6 bombers conducted a series of flights through international airspace in the East China Sea that prompted a response from Japanese fighter jets.

During the flights, in August and November, the bombers flew through the Miyako Strait near the Japanese island of Okinawa, where 47,000 US troops are based.

No violation of Japanese airspace was detected, but Tokyo, a key US ally, has accused China of “expanding and increasing” its military activity in the region. 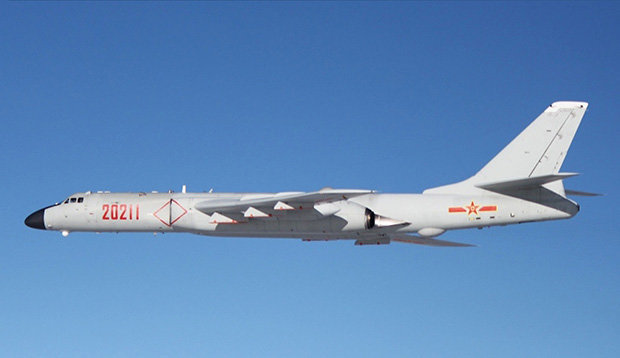 In response, Beijing played down the incident, describing the flight as a routine part of its military strategy and vowed to carry out similar flights in the future.

In its report, the Pentagon did not determine why the PLA was conducting bomber training drills in the region “beyond a demonstration of improved capabilities”.

Under the newly emboldened rule of President Xi Jinping, China is seeking to project military power across the globe by showing off his modernised air force and navy.

The East China Sea and the South China Sea have been flashpoints for provocative military behaviour from China and its neighbours, to the ire of the US.

The P-8A Poseidon jet was flying close to disputed territory over the South China Sea when the PLA issued the series of alarming warnings.

"US military aircraft, this is China ... leave immediately and keep out to avoid any misunderstanding," a representative of the PLA said.

China and several neighbouring countries have been locked in a bitter and long-running dispute over who controls territories in the South China Sea, a region rich in natural resources.

Beijing has claims over most of the territories, but the Philippines, Vietnam, Malaysia, Brunei and Taiwan also claim they have a stake in the region.

China claims the waters by right, despite a UN ruling in 2016 deciding the disputed region does not belong to China.

As a result, China has been claiming unoccupied land on reefs and shoals to build de-facto military outposts to intimidate rivals with competing claims.

The Pentagon is weighing a more assertive programme of so-called freedom-of-navigation operations close to Chinese installations on disputed reefs to counter its expansion.

Chinese foreign ministry officials have claimed the US is “running amok” in the region.

"It is self-evident to a keener eye that who is militarising the South China Sea."

The numerology is quite clear here 20911. We have a second 9/11 pending. The 20211 is another Illuminati power number. The reference to the thief is Biblical of course. He comes as the thief in the night. BEWARE AND PREPARE!