The War on TRUTH IS A LONELY WARRIOR

I don’t normally use my blog to discuss a personal grievance, but this is a matter that has implications for everyone interested in truth. There is an epidemic of political censorship going on, especially since Hillary Clinton’s defeat ignited backlash against so-called “fake news.” YouTubers, for example, have been increasingly demonetized or flat-out expelled.

Many in alternative media suspected that, once Amazon eliminated retail competitors, it would exploit its monopoly on books and start progressively suppressing “politically incorrect” material. We have already seen this with Amazon recently banning certain books by authors like Texe Marrs and Jim Fetzer. Since 2013, Amazon has sold my book Truth Is a Lonely Warrior, an A-Z primer on the “New World Order,” in both paperback and Kindle formats. As I write this, it has over 100 Amazon reviews, 71 percent “five star” and 16 percent “four star.”

On October 16, anonymous Amazon staff notified me that Kindle had suspended sales of Truth Is a Lonely Warrior. It was simply signed, “Amazon.com.” No name; not even a department. Kind of like Trump getting a letter from an overseas government official, signed “Argentina.”

This was not the first sign of trouble, however. On June 30 of this year I published a post entitled 9/11 Simplified. It made some unique observations supporting the theory that the Twin Towers were imploded by small nuclear weapons; it also proposed that the 9/11 planes were hijacked by real hijackers—not the incapable Arabs named by the government and media, but elite Israeli special ops, well-trained on Boeings.

After the article was published, an outstanding book it had referenced, William Tahil’s Ground Zero: The Nuclear Demolition of the World Trade Centre (2006), was suddenly scrubbed from the Internet, after being online for years.

That same day, Amazon reset the price of the paperback edition of Truth Is a Lonely Warrior above $19, after selling it for years at attractive discounts, typically in the range of about $16. Amazon, of course, uses algorithms to adjust product prices, and while Lonely Warrior’s price would vary here and there, it had not sold close to its cover price. Yet that’s where it sits as I publish this, right at cover price: $19.95. Below are cropped screen shots of two orders I placed for the book, for radio show hosts whose programs I was scheduled to appear on—an order in July (with a price that had long been typical), and one last week:

What caused the price to skyrocket by more than four dollars? There had been no recent dramatic change in sales volume to trigger a jolt from a computerized algorithm.

I don’t get any extra money, incidentally, from the higher sales price; my royalty is fixed. All the change accomplished was to make the book more difficult to buy. At the same time, I noticed Amazon had raised the prices of my other books, Tornado in a Junkyard and The Case against Darwin, to full cover price, after selling them at steep discounts for many years (although I don’t know on what date that change occurred).

After four years in publication, someone at Amazon suddenly discovered three “quality” issues reported by “readers.” The anonymous notice I received said:

We’re writing to let you know that readers have reported some problems in your book. These errors significantly impact the readability of your book. We have temporarily removed it from sale so that more readers don’t experience the same problems:

Here is the totality of those “quality issues”:

(1) ONE typographical error. Here is a screen shot of the typo. There is a space missing between “The” and “1950s.”

Truth Is a Lonely Warrior is 341 pages long (in the paperbound edition). Someone had gone through it with a fine-tooth comb, finally came up with this one typo, and declared that it made the book unfit to be sold.

Have you ever heard of Amazon suspending a book for a single typo? Me neither. In fact, I’ve seen many books with multiple typos. (Fifty Shades of Grey is still notorious for its mistakes, but Kindle didn’t take it down.)

(2) I was informed that there was “illegible text” on two images. I checked and found this referred to two old maps I had reproduced. As with most maps, there is some large print along with some fine print. What the unnamed person was calling “illegible” was basically just fine print. Here is a partial screen shot of one of the maps:

Granted, that fine print’s a little fuzzy, but does anyone care? The map was only intended to show readers the larger items. Bear in mind, Amazon sells tens of thousands of books with maps that have some fine print. Is it considered a “quality issue” that merits suspension? Obviously not, or all those books would be in the penalty box along with mine. By the way, Kindle devices usually come with apps that enable users to magnify images.

As I considered how to fix the situation, I thought: What can I do? I can’t change the original map. Perhaps I could crop the map and enlarge what was left. But I decided against such a solution, since a person at Amazon could always say “not good enough” and keep extending the book’s suspension indefinitely.

So I threw the problem back at the quality team at Kindle Direct Publishing (KDP). How did they want the maps fixed? What would they accept? After four days, I received an email reply informing me that the maps no longer had to be fixed (a tacit admission that theycouldn’t be), but that I still had to correct the other issues. Which brings us to the final one:

(3) A few external hyperlinks no longer work, especially in the end-notes. Of course this happens, because some content on the Internet disappears after a while, which is beyond my control. In other words, I link to an article in an online newspaper, but after years, the newspaper takes down that article. This is routine and expected on the Internet.

Truth Is a Lonely Warrior included a disclaimer expressly warning readers that this could occur. Here is a screen shot from the Kindle book:

How many books does Kindle continue to sell having expired hyperlinks?

I emailed the KDP staff the following question:

“What does Kindle plan to do with the books of authors who die? Will their books be permanently suspended because they are not alive to update older hyperlinks?”

Unsurprisingly, they didn’t answer this question. Nor did they dare to, because no author would want to do business with Kindle under such conditions.

The reason I put hyperlinks in my end-notes was so that readers could easily check my statements against the original sources. This was an effort to maintain high quality. If I was lazy, I could have left the end-notes as plain text—no active hyperlinks. Had I known Kindle would punish me four years later because a few hyperlinks expired, I would never have hyperlinked the text. But this would have made the book lower quality—the very thing KDP has accused me of, despite the book receiving 5 or 4 stars in 87 percent of its Amazon reviews.

There is a double standard at work here; that is, Amazon is applying extremestandards to my book that, as anyone can see, it does not apply to countless others. This is “book burning,” 21st century style.

No reader had ever complained to me, or in an Amazon review, about any of the alleged issues. Had Kindle been sincerely concerned about its readers, sales, and author relations, here is how they would have handled the matter. They would have sent me an email to this effect:

We have detected a few issues in your book we would like you to fix, which are listed herein. Please have these corrected within 21 days; otherwise we will be required to suspend sales until they are addressed.

But I received no such advance notice. Instead the book was killed without warning. Yet someone at Kindle surely knew the suspension was forthcoming, because they obviously spent a very long time combing through the book looking for something to complain about.

On 10-25, after nine days, Truth Is a Lonely Warriorbecame available for purchase again in the Kindle edition, even though I had not yet re-uploaded the book with the demanded changes. Possibly someone decided the suspension was not worth the negative publicity it was incurring, or was tired of exchanging emails with me.

However, the sell page now contains a warning to buyers of “quality issues”:

This is very misleading language. What it refers to (as noted above) are: one typo, some fine print on two maps (which Kindle staff have now admitted is not an issue), and some expired external hyperlinks. There is no problem navigating inside the book, and never was.

I want to stress that, in writing this post, I am definitely not leveling accusations at everyone who works for Amazon or Kindle Direct Publishing. Some KDP staff sent me apologetic emails, and seemed bewildered by the whole travesty, which was likely the work of one or two individuals, perhaps after receiving instructions from someone to kill the book. (It is also conceivable that trolls, impersonating sincere customers, lodged complaints with Amazon; but this would still not justify Kindle imposing extraordinary standards on my book that it does not require of others.)

I am working with my book designer on a revised Kindle version, which I will upload in hopes of getting the “quality” warning removed.

In the meantime, some of my readers may wish to purchase Truth Is a Lonely Warrior, to send a message that using contrived pretexts, in order to suppress “politically incorrect” books, will backfire. But of course, don’t buy it unless you truly want a copy! 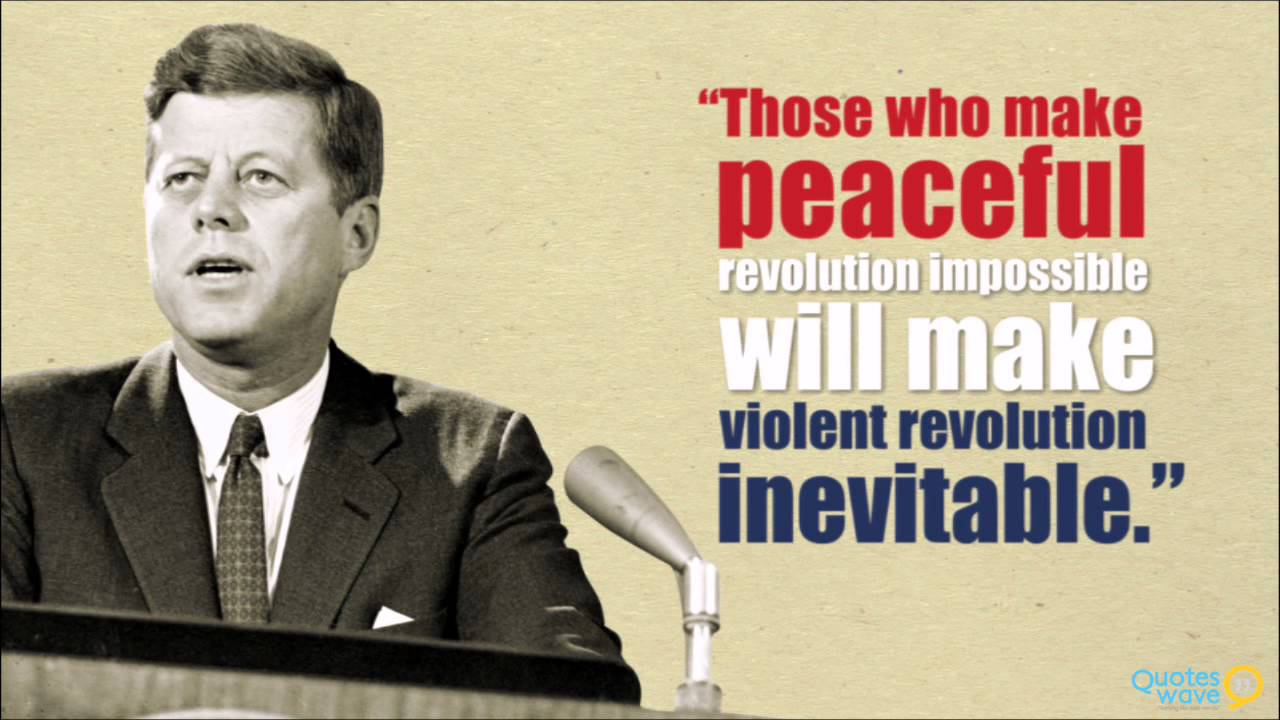 In the United States, freedom of speech and expression is strongly protected from government restrictions by the First Amendment to the United States Constitution, many state constitutions, and state and federal laws. The Supreme Court of the United States has recognized several categories of speech that are given lesser or no protection by the First Amendment and has recognized that governments may enact reasonable time, place, or manner restrictions on speech. The First Amendment's constitutional right of free speech, which is applicable to state and local governments under the incorporation doctrine, only prevents government restrictions on speech, not restrictions imposed by private individuals or businesses unless they are acting on behalf of the government. However, laws may restrict the ability of private businesses and individuals from restricting the speech of others, such as employment laws that restrict employers' ability to prevent employees from disclosing their salary with coworkers or attempting to organize a labor union.

The First Amendment's freedom of speech right not only proscribes most government restrictions on the content of speech and ability to speak, but also protects the right to receive information, prohibits most government restrictions or burdens that discriminate between speakers, restricts the tort liability of individuals for certain speech, and prevents the government from requiring individuals and corporations to speak or finance certain types of speech with which they don't agree.

Criticism of the government, political advocacy, and advocacy of unpopular ideas that people may find distasteful or against public policy are almost always permitted.[citation needed] Categories of speech that are given lesser or no protection by the First Amendment include obscenity (as determined by the Miller test), fraud, child pornography, speech integral to illegal conduct,[9] speech that incites imminent lawless action, and regulation of commercial speech such as advertising. Within these limited areas, other limitations on free speech balance rights to free speech and other rights, such as rights for authors over their works (copyright), protection from imminent or potential violence against particular persons, restrictions on the use of untruths to harm others (slander), and communications while a person is in prison. When a speech restriction is challenged in court, it is presumed invalid and the government bears the burden of convincing the court that the restriction is constitutional.