Olaudah Equiano was a former slave who freed himself from bondage and became a major factor in the abolitionist movement. His life was subject to question. Official records show his birth as being in the Carolina's. His famous autobiography The Interesting Narrative of the Life of Olaudah Equiano claimed that he was born in Benin, Nigeria. I guess depending on which version you choose to believe would place you in the grip of an 18th century birther conspiracy. We don't know the date just the year 1845. The sum of 1845 is 18 which adds up to 9 a very important number to the Illuminati. The 272 adds up to the other 11.

We see two ships on a collision course. They can represent many things. Ultimately it would be a clash of civilizations. They are generally regarded as the east and the west. The world is at the precipice of a new Korean war and major theater conflict which could drag in the major powers and see nuclear weapons deployed.

The breaking of the chains generally means liberating oneself from a form of bondage which can also be self inflicted like that of sin. It is most likely representing the slave trade and the liberation of people from forced servitude. However, in reality we are all slaves today. When Olaudah was born I'd assume there was no birth certificate issued. He was truly free unlike the rest of us. Our birth certificates are bills of lading and sureties to the nation's credit. In 1933 the United States went bankrupt. All Sovereign American Citizens residing within the Republic of States suddenly and falsely were expatriated from their Sovereign American status without their knowledge or consent and their labor, souls, children, property, sweat equity and credit became the financial collateral for the public debt, which had then been converted into a Public Trust, which had been scripted after the ancient Roman Trusts. Very few people have any knowledge of this at all. They blithely plod along thinking they are free when the documents they possess reveal the opposite. Olaudah was bought and sold several times having his name changed by various owners as well, but that is not the key message from the doodle. The story of the Zong massacre is. The Zong was a slave ship owned by the Gregson slave-trading syndicate. It was en route to Jamaica with 442 slaves. It was severely overloaded. The Captain had fallen ill, and there was a doubt as to who was in command. However, a key stopover was missed and water was not taken on. A decision was made to throw 133 slaves overboard. This was customary. The Captain was the surgeon on another slave ship. They decided which slaves had commercial value. Those that had none suffered 'commercial' death and were then put to death by slavers. The difficulty arose when the owners tried to claim insurance for the loss. There is a principle called general average whereby a Captain can jettison some cargo to save the rest. As in the modern era, the logbook disappeared and could not support a position. The jury decided that there was an absolute necessity to save the rest by throwing 133 slaves overboard.

As cruel as they may seem to this generation inured to all manner of modern convenience, in those days before wireless there was the custom of the sea where sailors in a lifeboat would draw lots about who would be killed and eaten by the others. Generally passengers and officers who knew navigation were exempted from the lot. It was not a racial thing. It was survival. Without the lot all would die. With it some would perish and buy time for the others. However, I'm sure it was more an issue of the strongest surviving with the passengers being the survival rations. One of the last famous events involved the Andes plane crash in 1972. The supreme irony here was Zong meant care in Dutch. That is also the name of one of the largest charities in the world. 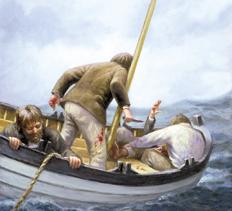 We are faced with a conundrum here on lifeboat Earth. AI is rapidly replacing humans in the workforce. The day when most jobs are done by robots is fast approaching. When that threshold is crossed, there will be hundreds of millions if not billions of surplus people. They will have no means of support. Only the good nature of the owners of the bills of lading will determine what humanity exists with the property they own. They will have no commercial value anymore. I would anticipate they are destined a 'commercial' death just like previous slaves. The powers that be will cast them from the good ship Earth in a great pogrom. This is the primary reason states are usurping power with faked terrorism. Chatteled citizens are even begging them to take their rights. Before the slaughter begins though, the people must be disarmed as much as possible before they figure it out. However, if the people figure it out in time they can reverse the process and claim what was always their birthright freedom from slavery. 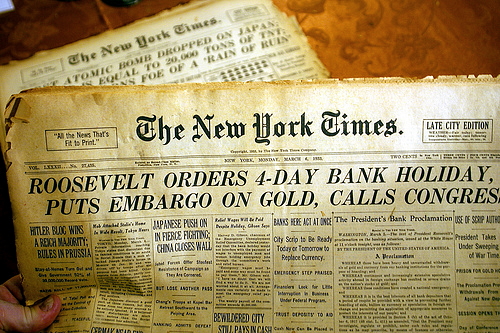