Separatists pledged to hold the referendum anyway and called on 5.3million eligible citizens to vote

Catalan's government said at least 337 people had been injured in the clashes, some seriously 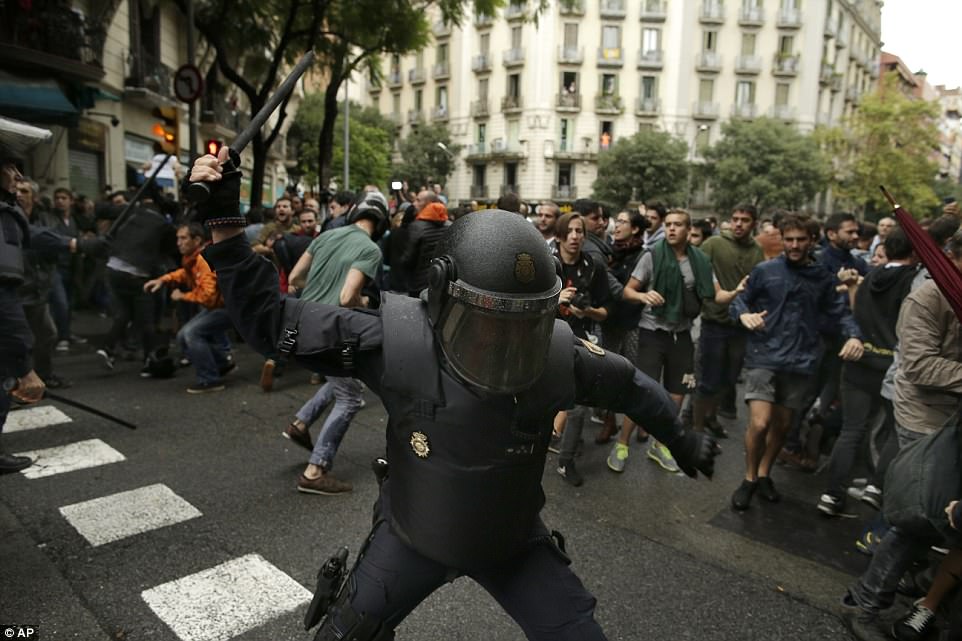 Hundreds of people have been injured as riot police shut down polling stations on the day of the controversial independence referendum in Catalonia.

Officers were seen storming buildings across the northeastern Spanish region before walking out with seized ballot boxes.

Footage captured in the village of Sarria de Ter in the province of Girona showed authorities using an axe to smash down the doors of a polling station where Catalan president Carles Puigdemont was due to cast his vote.

And in Barcelona, the region's capital, officers fired rubber bullets at thousands of protesters demonstrating against their votes being denied.

At least 337 have been hurt in the clashes with some seriously injured, a Catalan government spokesman said, while FC Barcelona's football match with Las Palmas has been suspended.

Spain's Constitutional Court has suspended the referendum and the central government says it is illegal.

But regional separatist leaders pledged to hold it anyway and called on the area's 5.3million eligible voters to show up to cast their ballots.