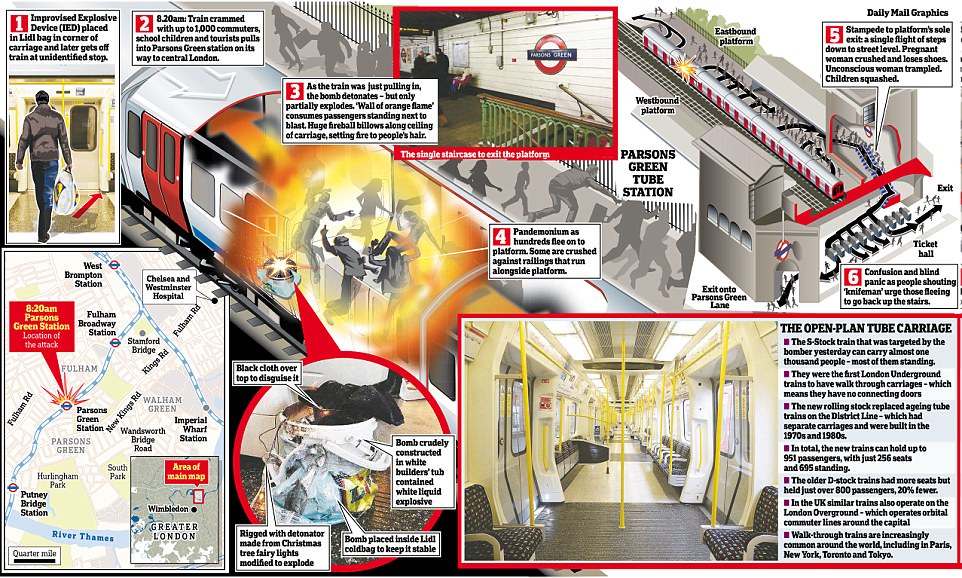 Scotland Yard said last night it is making 'excellent' progress in hunting the suspected terrorist who set off a crude bucket bomb on a packed commuter train. The timeline of the attack is shown in this graphic

Came after officers arrested suspected bomber in the departure lounge of Dover port at around 7.50am

The 18-year-old being held by police on suspicion of planting a bomb on the London underground was arrested two weeks ago at the exact same tube station where the device exploded but released, neighbours have said.

The teen - who is being held after police tracked him to the departures hall at the Port of Dover - is thought to have been a 'problematic foster child' who was raised in Sunbury-on-Thames by Penelope Jones, 71, and husband Ronald, 88. 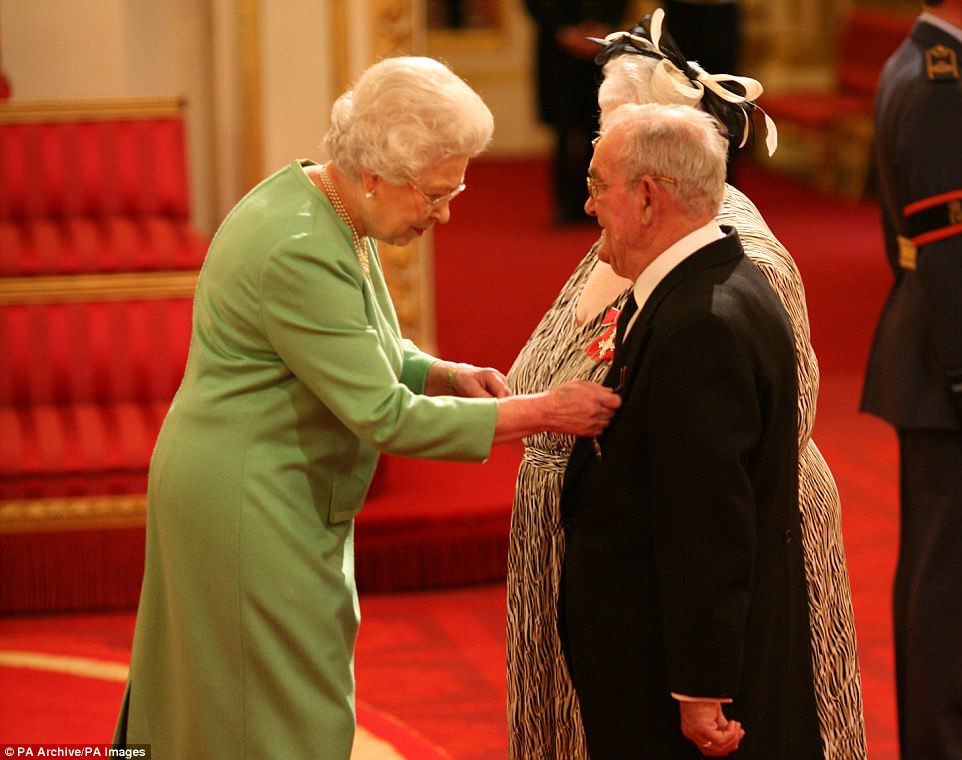 Ronald and Penelope Jones receive MBEs from the Queen in 2009 for fostering hundreds of children. The couple own the house in Sunbury-on-Thames that has been raided as part of the investigation into the Parsons Green bombing

Serena Barber, 47, who has known the couple all her life and lives in a property backing on to theirs, said: 'They have two boys at the moment, both are foreign. One is very quiet and polite, the other who is 18 is awful.

'I know about two weeks ago he was arrested by police at Parsons Green, for what I don't know and returned back to Penny and Ron. After that Penny said she was going to have to stop caring for him, she couldn't handle him.'

The revelation comes after President Donald Trump tweeted that the 'loser terrorist' behind the latest London attack was 'in the sights of Scotland Yard' - and heaps pressure on the force to reveal whether he was detained and why he was released.

Police said they are 'keeping an open mind' on whether there was more than one person responsible for the Parsons Green bombing.

A home in Sunbury-on-Thames raided by investigators in connection with the attack, which injured 30, is owned Penelope and Ronald, who both have MBEs after raising 268 foster children.

Officers stormed the house on Cavendish Road at 2pm around six hours after apprehending the suspect in the departure lounge of the Port of Dover.

Close friends of pensioners Penny and Ron Jones said the couple - who are widely respected in the local area - were at 'their end' with the teenager.

Around 60 people were evacuated from near the house, where locals claimed 'explosives' were found in the garden. There is no suggestion the Joneses had any knowledge of any alleged wrongdoing at the property. 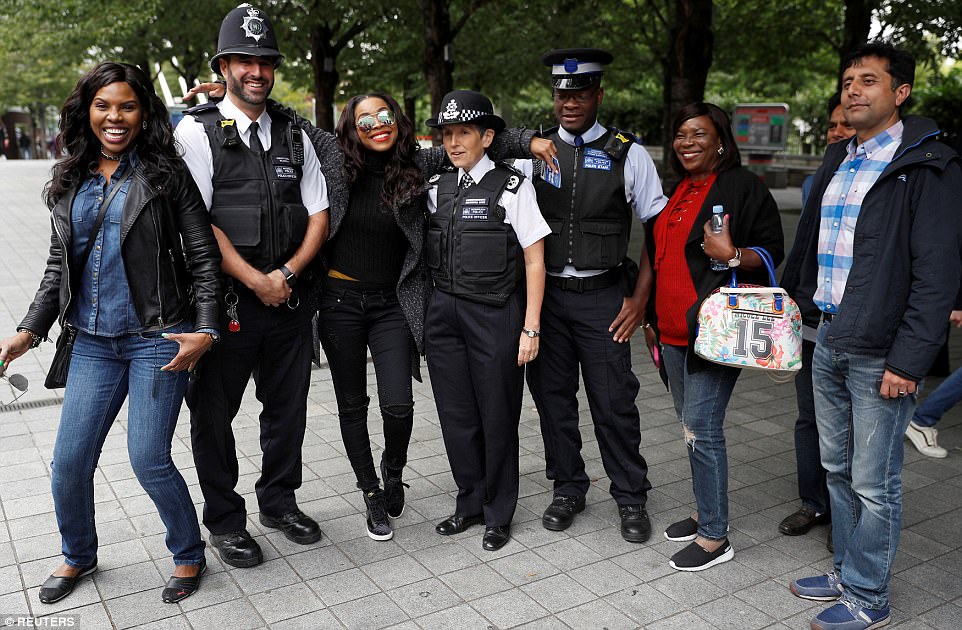 Metropolitan Police Commissioner Cressida Dick talks to a member of the public on the South Bank in central London, as Operation Temperer is enacted

It seems to a party atmosphere this terror in London. 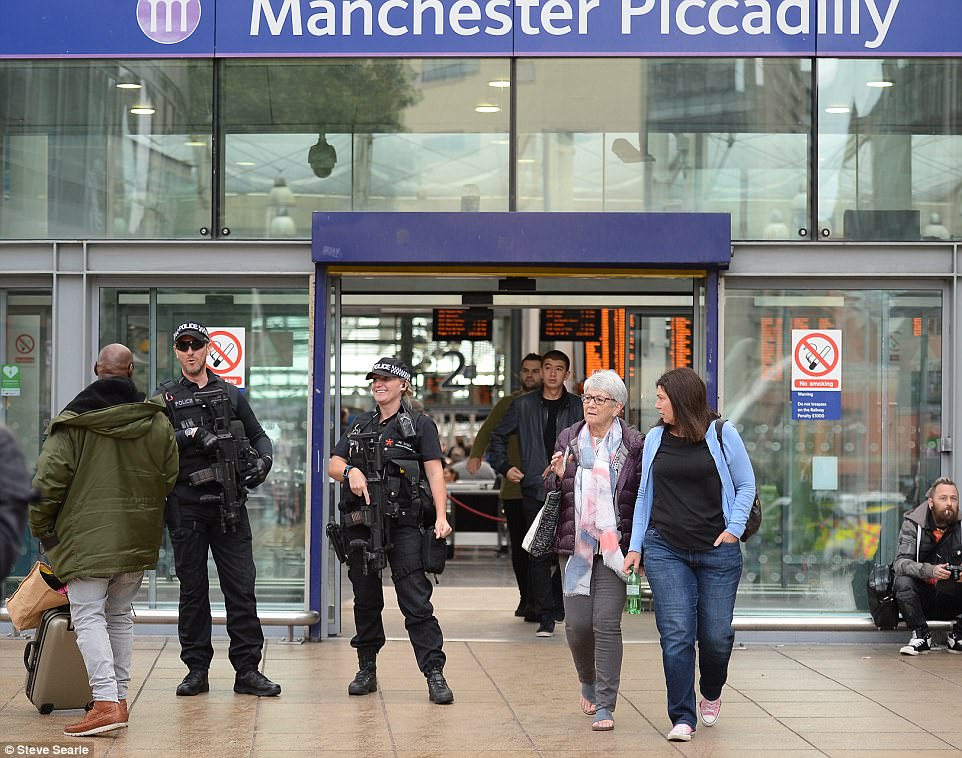 Everydody's laughing at us gullible ones who believe the false paradigms.