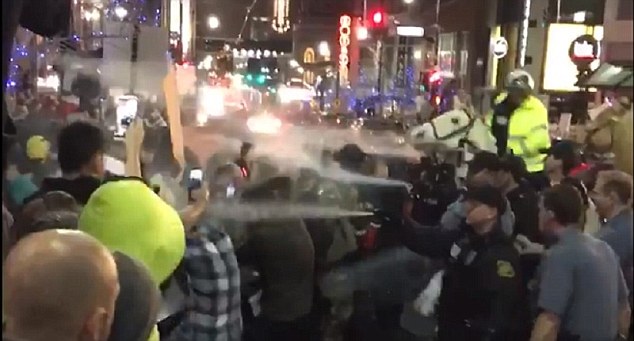 Meanwhile Trump urged police to arrest protesters, saying: 'The only way to stop the craziness is to press charges'