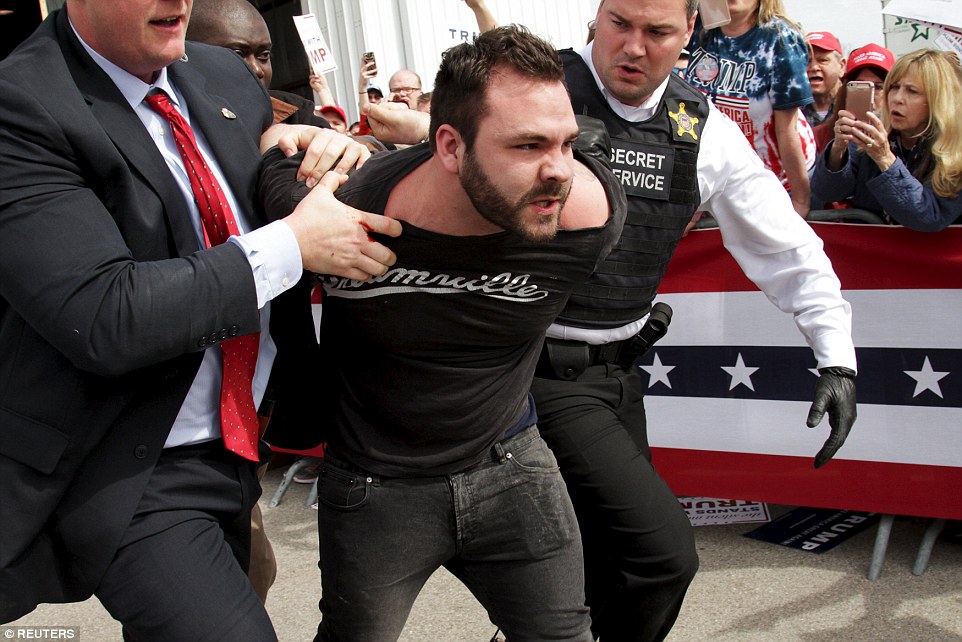 The offender has been named as Thomas Dimassimo, 32, of Fairborn, pictured above being escorted out by Secret Service agents

Trump took to the stand in Dayton, Ohio, the day after Chicago rally meltdown where bloody brawls broke out inside the University of Illinois at Chicago Pavilion 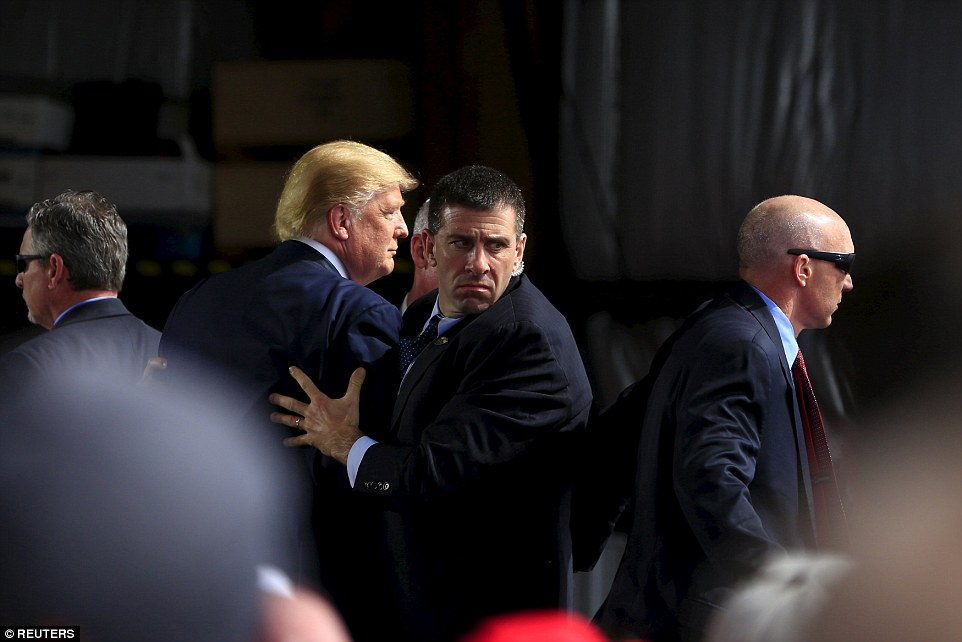