Trump stumped by racial violence: GOP frontrunner calls 10,000 protesters who shut down his Chicago rally 'organized thugs' but insists their actions have served to 'ENERGIZE America' 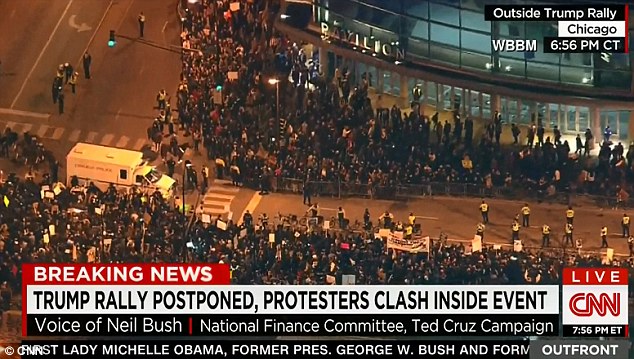 Spilling into the streets: Protesters and attendees at the trump rally fought in the streets after the rally was cancelled due to what Trump said was a safety concern

Scuffles broke out inside the University of Illinois at Chicago Pavilion last night, an hour before Trump's appointed 6:00 p.m. starting time

'It's like 10 per cent of them are here to shut it down,' a Chicago police officer told DailyMail.com

News of the shut down came hours after black activist Anthony Cage, was bloodied after clashing with Trump supporters in St. Louis

More than 10,000 people officially RSPV'd to protest the event

Two police officers were injured and 5 people were arrested 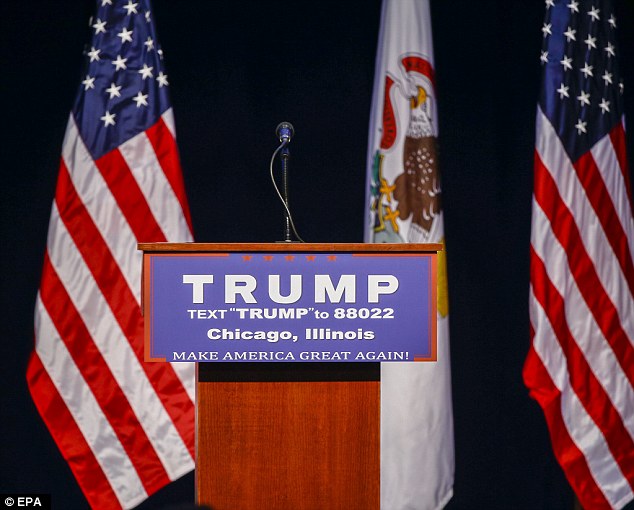 Do you think Donald Trump is to blame for the outbreak of violence seen at Friday night's Chicago rally?

We decide these matters at the ballot box not the street battle. If the election is not free and fair, then ultimately we must take to the streets. However, the scrum is nothing new under the sun. Many believe the left, right paradigm is true. If they truly understood the workings of the shadow government, we would find common cause to restore the Republic.