The backlash: Neo-Nazis on the rampage. Gun sales soaring. Sex attacks by migrants have unleashed dark forces in Germany that have disturbing echoes of the past 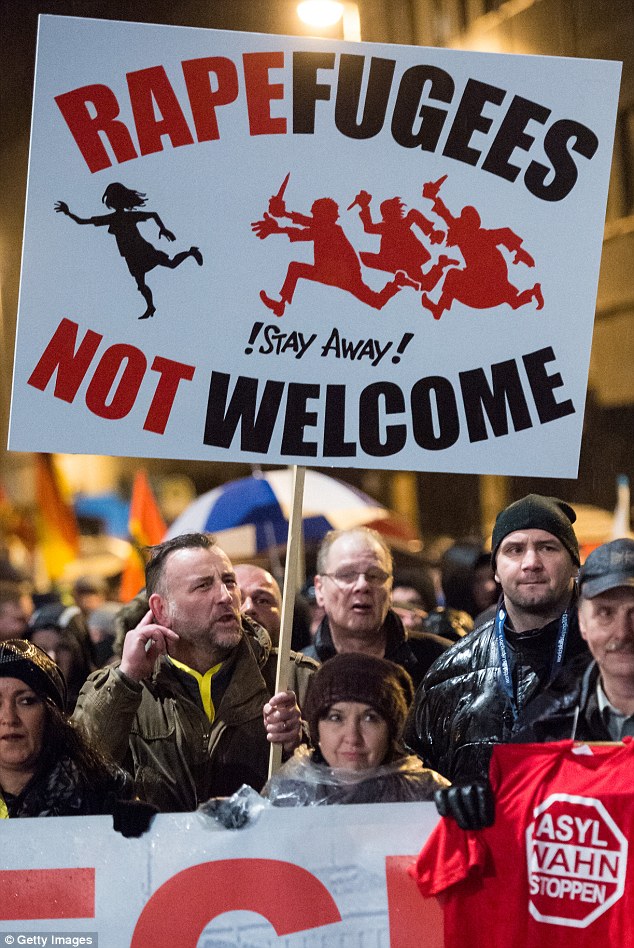 In Leipzig, on Monday night, a local grassroots organisation called Pegida — Patriotic Europeans Against the Islamisation of the West — held an anti-migrant march and protest

In contrast, Eurosceptic party AfD hit an all-time high in an opinion poll

In Leipzig on Monday 500 thugs set cars ablaze and attacked shops and fast food restaurants, some of them belonging to migrants