In the race to attract foreign direct investment, countries are opening SEZs at a furious rate. Winnowing down the choices requires some serious due diligence.

Despite the appeal of special economic zones (SEZs)—and corporate enthusiasm for them—it has actually taken a while for the concept to take root. The modern version was first established in the US in the 1930s. Other zones didn’t show up outside the US until three decades later, starting with the Shannon Free-Trade Zone in Ireland in 1959. The idea started to slowly gain traction in the mid-1990s.

It’s caught on now. Today, nearly 4,000 SEZs have been set up in more than 130 developed and developing countries. In the past seven years, the number of such zones has shot up by 33%. “I am continually surprised that every country I go to is either setting up or revamping their SEZ program,” says Thomas Farole, a lead economist at the World Bank.

They really should read through the fine print. Each regime has unique processes and legislations.

The proliferation is understandable. As the competition for capital ramps up, government officials often view special economic zones as an indispensable tool in attracting foreign direct investment to their countries. A zone can also serve as a laboratory to test whether business-friendly policies are worth rolling out on a larger scale. “I think SEZs have been useful because they’ve introduced reforms that would not have been possible at the national level,” says South Africa-based Markus Scheuermaier, senior operations officer in the Public-Private Partnership Advisory Services of the International Finance Corporation. “So you might as well start small and then, in an ideal world, hope that it will apply to the rest of the country in the long term.”

For their part, corporate executives see SEZs as a way to lower costs and get more direct access to overseas markets. But observers say establishing a special economic zone—or setting up operations in one—requires careful planning and a steady commitment. When SEZs are not done right, governments end up squandering their investment, while businesses reap benefits that are temporary at best.

Experts say corporate managers have a long list of items to review when scouting SEZ locations. Mistakes can lead to project delays and lost revenues. Finance executives or risk managers who fall down on their due diligence could find themselves in hot water. “They really should read through the fine print,” says Washington, DC-based Harold Godsoe of consulting firm Locus Economica, which advises governments and international institutions on SEZ best practices. “Each regime has unique processes and legislations.”

KEEPING THE LIGHTS ON 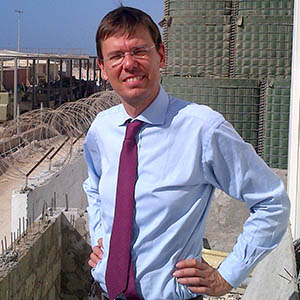 That’s the hitch. Special economic zones typically share some common characteristics—favorable tax and tariff treatment and better-than-average infrastructure networks. “These come together in order to make it easier for companies to do business,” notes Jean-Paul Gauthier, the London-based managing director of Locus Economica. But SEZs encompass a number of arrangements. Those can run the gamut, from export processing centers to science and technology parks to urban enterprise zones.

Not all SEZs are created equal. Different countries present different opportunities—and challenges. “There is no known ‘model’ that can be more appealing than another,” says Connie Carter, a professor of business law at Royal Roads University in Canada and an expert on Asian SEZs. “Many advantages are country-specific and need to be carefully matched with a specific corporate strategy.”

Scheuermaier points out that, in certain African nations, a poor investment climate and lack of access to power can be the big obstacles to conducting business. SEZ authorities should therefore address those shortcomings. “In other places, however, these might not be problems,” Scheuermaier says. “There may be labor market frictions, and that’s what SEZs should tackle,” he says. “Elsewhere SEZs might not make sense at all.”

When assessing the suitability of an SEZ, experts say corporate executives should start at the top. Does the zone have the political support in the country’s capital? Is there a credible regulatory environment? Is the zone run at arm’s length from local authorities?

Likewise, executives should steer clear of places that have a tenuous rule of law. As Carter points out, a number of civil society advocacy groups and various nongovernmental organizations exist in Asia. “One of their purposes seems to be to name and shame foreign companies perceived of abusing human rights and the environment,” she says. “When made public, this presents a substantial risk to global brands and their reputation.”

Other more practical considerations abound, as well. Location near major ports of entry is a big plus. So, too, is a setup that makes it easy for a company to bring in foreign managers. Even more basic: The power needs to stay on. Brownouts are a disaster for just-in-time manufacturers.

The cost and quality of the local workforce is equally important. The World Bank’s Farole points out that South Africa is looking to grant a wage subsidy to all SEZ workers. If approved, the government kick-in would cut labor costs by 20% to 30%—a huge attraction in a country with easy access to African markets but also relatively high wages. Likewise, the Free Industrial Zones of Penang house a job training center. The center, Farole says, was set up by the Malaysian government in partnership with multinational corporations to train the workforce on the specific skills the employers require.

That sort of foresight is essential for companies to maximize gains from an SEZ. “It’s pretty good business,” says Gauthier, “provided you do your homework.”

Perhaps the best-known special economic zone is Shenzhen in southern China. The SEZ was carved out of a market town called Sham Chun Hui in 1979—all part of Deng Xiao Ping’s campaign to bring free markets to the Peoples’ Republic. Since then, officials in the country have steadily expanded the number and scope of SEZs. Beijing pushed the envelope farther in 2013 with the establishment of the Shanghai Pilot Free-Trade Zone. That zone permits foreign direct investment in a number of sectors, including finance, and allows for the full convertibility of the renminbi under certain conditions. “Instead of remaining ‘the World’s Factory,’ China now wants to become an innovator,” says Connie Carter, a professor of business law at Royal Roads University in Canada. “Not just ‘Made in China’ but also ‘Designed in China’ and ‘Invented in China.’” In its push to develop a service-based economy, Carter says, “an experiment in the financial services industry is a logical next step.”

China’s SEZ program, which now boasts thousands of zones across the nation, is widely considered the most successful ever. “In China, SEZs were seen as an experiment of capitalism in a communist country that had no economic freedom,” says Martin Ibarra, the vice chairman of the World Free Zones Organization.

Other Asian countries have embraced the concept as well. Vietnam, South Korea, the Philippines, Thailand, Indonesia and, to some extent, Cambodia have all rolled out economic zones. Elsewhere, the Jebel Ali port in Dubai, the Colón Free-Trade Zone and the Panama Pacifico Special Economic Area in Panama, and the SEZs in Mauritius, Costa Rica and the Dominican Republic get high marks from corporate executives.

But there are also mediocre products—and outright failures. An excessive emphasis on fiscal incentives can undermine a zone’s success by making it too costly for government officials to finance. At the same time, unwarranted involvement by local leaders can scare away foreign companies.

SEZs that don’t keep ambition in check can also unravel. “Sometimes governments want them to be a panacea that will solve ten different problems at once, improving the balance of payment, increasing FDI and exports and technology transfers, creating jobs, improving female employment, and so on and so forth,” says Jean-Paul Gauthier, the London-based managing director of consulting firm Locus Economica. “One individual SEZ won’t do that for them, but there are various SEZs around the world that have done one or the other.”

If Latin America and the Caribbean, the Persian Gulf and East and Southeast Asia have achieved dramatic results with SEZs, others haven’t done so well. SEZ programs in South Asia and Africa are, with some exceptions, generally considered the biggest laggards.

TWILIGHT FOR SOME SPECIAL ECONOMIC ZONES? 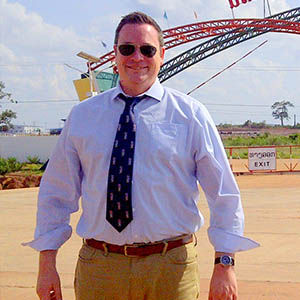 GAUTHIER, Locus Economica: SEZs can do well for a time, then lose steam.

Nestled in the hilly outskirts of Medellín, Colombia’s second-largest city, lies the Rionegro Free-Trade Zone. Set up in 1993, Rionegro now houses more than 80 companies. Observers call it a prime example of a what makes SEZs so alluring to corporates. But it’s also a primer on the difficulties of maintaining their appeal.

Global IT company Unisys has set up shop in a two-story industrial building in Rionegro. More than 350 young Colombians work the computers and phones of its highly specialized call center, serving its Spanish-language clients across the world, particularly financial institutions. “We are here because we have tax benefits, which means we can provide services to our clients in Colombia and abroad at very competitive prices,” says Carlos Ferrer, general manager and vice president for Unisys Lacsa (Central, Southern and Andean Latin America). “When I evaluate one site over another with Treasury, we look at things like the cost of land and utilities, which are both cheaper in Rionegro than [in] Medellín or Bogotá.”

Rionegro management says electricity in the free-trade zone is purchased in bulk, making it substantially cheaper than elsewhere in Colombia. Warehouses come equipped with access to water, gas and telecommunication networks, banking and logistics services and an offshoot of national tax and customs office DIAN.

Every country I go to is setting up or revamping their SEZ program.

But the biggest attraction for global corporations like Unisys is the tax setup. Corporate occupants of Rionegro do not pay customs tax on imported goods. The corporate tax rate is 15% versus 25% elsewhere in the country. “The FTZ regime has been a key tool for Colombia to compete, as we always had higher corporate taxes than other countries in the region,” says Martin Ibarra, the honorary president and founder of the Free Zones Association of the Americas.

The tax relief, however, underscores some of the difficulties of keeping an SEZ competitive. In 2013, Bogotá lowered the country’s corporate tax rate from 33% to 25%, bringing it in line with the regional average. The nation has also embraced a single-factory licensing scheme that grants all qualifying companies the same fiscal treatment as Rionegro

Indeed, SEZs tend to have a limited competitive advantage period. “These things have a life cycle,” says Jean-Paul Gauthier, the London-based managing director of consulting firm Locus Economica. “They can do very well for a country for 20 years and then flag.”

World Bank economist Thomas Farole agress. “What ends up happening is a mix of tax and customs incentives.... But just call it a tax incentive rather than an SEZ.”