Today comrade Google celebrates the birthday of a Crown Princess of the New World Order agenda to wrest control of the planet Earth from the people through fear of environmental harm. Where I concur with the philosophy of protecting the Garden of Eden from harm and keeping God's creation clean, I resent the monolithic bureaucracy that the work of Rachel Louise Carson caused in a classic application of the Hegelian Dialectic create a crisis propose a solution. The final solution will of course be the establishment of the Anti-Christ kingdom on Earth. It will come at the request of the victims of psychological warfare begging their masters from relief to the cause of the day whereupon they are subjected to the ever tightening of the screws through the ceding of rights, freedoms and money. It is an easy trap to avoid if you understand the pattern. It is a death trap if you don't. 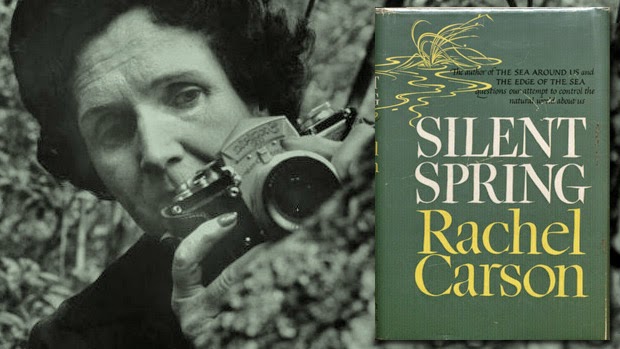 The shadow language is very clear and precise at revealing the hidden nuances of the so called angels of light. Most often the vilest of Satan's Saints masquerade as modern day heroes rescuing us from perceived harm while marching us into a trap. The environmental straight jacket is one of the best examples as lands are reclaimed from human use and the air is deemed hazardous by release of natural combustion by-products. I refer of course to CO2 and the global warming hoax. To save mother Earth and our species we must hate ourselves to the point of desiring our own destruction to save the planet. You can't say that propaganda and mind control aren't effective. Just look at the results thus far. However, the true meaning behind Agenda 21 is perfectly clear. The comrades want control of the Earth and all the people on it by hook or by crook. None would dare call it CONSPIRACY! 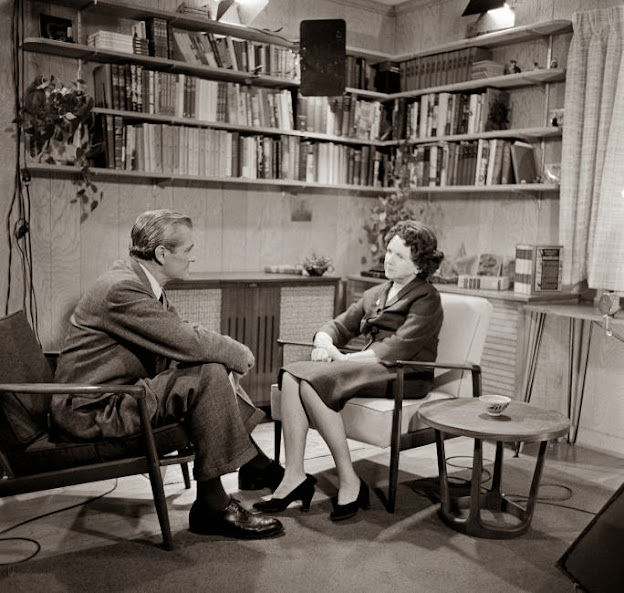 The tube tells us all the thinking has been done. It wouldn't lie so I submit to its will.

Rachel wrote a trilogy of books in the start of her heyday. The Sea Around Us, The Edge of the Sea, and Under the Sea Wind were the 50's classic that baited the trap by snaring well meaning people to the angel of 'light.' When you are part of the 'agenda' you do get a lot of recognition to sell your wares with publicity and awards. From her youth she was published in the St. Nicholas Magazine now long gone. That is one of our first shadows because our good friend Satan Claws has been a well orchestrated psyops to turn us away from Christ while still allowing the warm and fuzzy feelings to manifest. It was a brilliant strategy by Coca Cola the drink from hell that had the real thing in it originally. It is the job of phosphoric acid now to rot our bones and teeth while the sugars give cancer a sweet home to grow in. 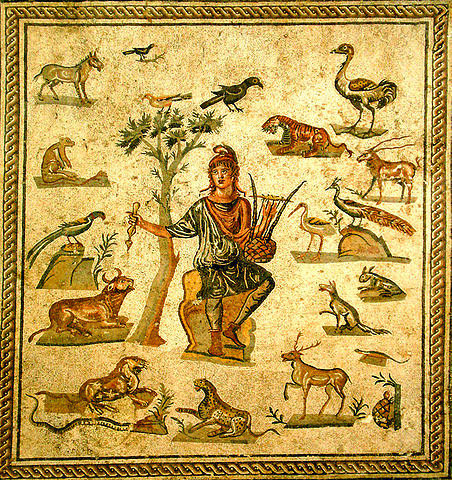 Where Google illuminates the twilight language so well is by not taking heed to the cue words and understanding them as shadows from a higher plane. Rachel went to high school in Parnassus, Pennsylvania a meaningless little reference to most, but a serious shadow as the image above illustrates. Parnassus or Parnassos in the Greek was the son of the nymph Kleodora in mythology. The City of Parnassus was flooded. Orpheus lived on Mount Parnassus. He was a prophet who worshipped the Sun god. He was ripped to shreds for not worshipping Dionyus both well known for their trip to Hades. The river Helicon sank when the women who killed him washed the blood from their hands. Orpheus abstained from women preferring young boys. The mountain was sacred to Apollo who gave Orpheus a golden lyre. 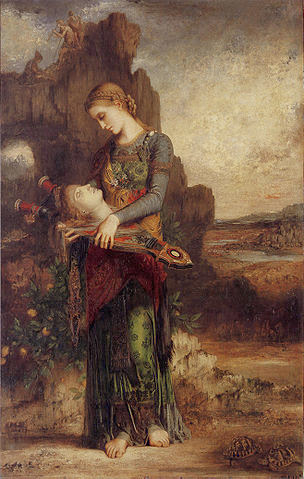 The symbolism couldn't be more clear. The environmental movement is a Sun worshipping cult more properly associated with the Gaia movement. Its role is as a subversive agent of infiltration, assimilation and control via thought processes by creating a path to some level of perceived enlightenment. It is the use of an insidious bio computer virus. Once established it is difficult to isolate because the host brain feels empowered to a higher truth. Hosting Rachel in a Garden of Eden paradise provides the impetus for such. The shadow to Orpheus exposes the true meaning of the pogrom. 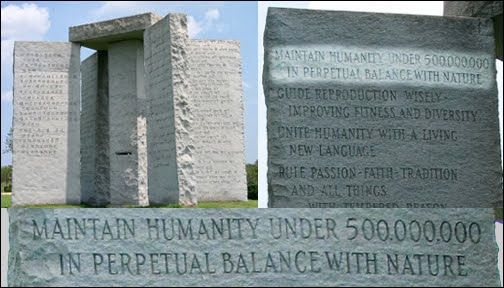 Rachel's classic Silent Spring was the wooden stake through the heart. It plighted the life of various life forms exposed to chemical agents the most heinous of which was DDT. I was exposed to the deception as a child in school but not won over for some reason. I learned later in life they only taught us a well crafted slice of the total story. I learned the scientist who invented DDT won the Nobel Prize in medicine. I learned DDT killed one of the greatest killers on Earth the malarial mosquito. Hundreds of millions of lives were saved at the cost of some birds that is true, but if we weigh the balance sheet, I would choose the humans too. There can be little to no doubt this was a portion of the human genocide movement to cull the herd. Banning refrigerants was another arm of the strategy to allow millions to die to lack of refrigerants for food, medicines and blood products in the poorer nations. 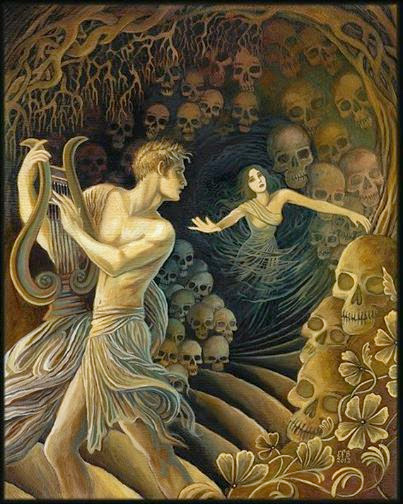 Orpheus and the Underworld

We see Orpheus decapitated in the above art classic. That bears significance because the false Gods will ultimately come to naught. As they are exposed, they will lose their grip upon us. As more and more become aware of the mind control programming they are being subjected to the more discerning they will become. There is no going back. The independent thought will decapitate the propaganda. Rachel was employed by the Dept. of Fisheries and was instrumental in getting the EPA established as people begged for relief in bureaucracy. After years under the yoke we see that as a negative. Rachel stands alone in the Garden of Eden. There will be no one left if they have their way. It is highly probable Fukushima was orchestrated as a mass extinction level event to eradicate life on Earth destroying God's creation. The genetic modification of the food forms another part of the pincer strategy. They attempt to kill God by destroying his creation. We are given the opportunity to recognise the danger of the so called green movement as agents provocateur before the mission is accomplished. The world moves at the speed of the predator not the prey. It's time to catch up and see the forest for the trees while you can lest you be torn to shreds like Orpheus. 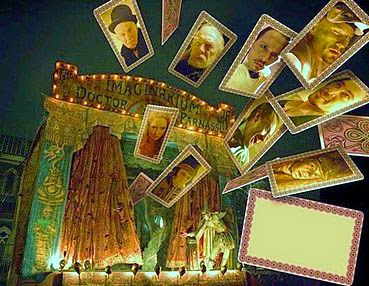 The Imaginarium of Doctor Parnassus is an illusion factory.

In another variation of Parnassus don't forget that Heath Ledger's last movie was The Imaginarium of Doctor Parnassus. It is a powerful word in the twilight of the Gods and the movement through time and space. Apollo gave Orpheus a golden lyre. The economic principles are still sound to the ears. Orpheus also traveled with the Argonauts playing his lyre to drown out the bewitching Siren's songs. You too must drown out said songs by changing the channel. I'll be waiting when you do. We can be silent no more.