IS THERE A REASON WHY?

There are local stories that grab the headlines and reinforce the stereotypes that we are programmed to accept from a very young age. One occurred a few days ago in the courthouse in Brampton. For some unknown reason a man who the authorities and the media are pained to identify walked into the courthouse and shot a policeman at the screening area. There was no rhyme or reason. The lack of reporting forced the public to resort to their core mind control program good guys and bad guys, but if that was the case, why not tell us who the 'bad' guy was? There had to be a reason. Something rather severe must have been at play. My first thought was that the guy had experienced a miscarriage of justice or was the victim of a terrible abuse. As it was determined he shot a court officer it made even less sense. That's a plum job to get yourself closer to pensionable age. Why would anybody shoot the kindly old copper waiting to retire? Perhaps he was just an available target. 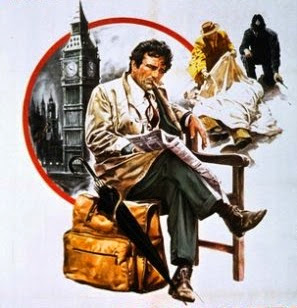 Of course asking questions was the basis of the great TV detective Columbo. He always shied away from the popular solutions to a crime that left unanswered questions. He'd say something was bothering him, and he'd do something about it. I guess that's why the media and the police circle the wagons straight away. Key information like the name of the perpetrator would give a basis to acquire answers. The methodology plays like a broken record. So the inquiring mind has to wait for some key information. It did come from neighbours. The shooter was named Sonny Bassi. He was 46, divorced, and living with his elderly mother. That seems to open the door to more questions than answers. It would seem to be out of character. The family was supposed to be deeply religious as well. But now we have the name and can peer into the circle. 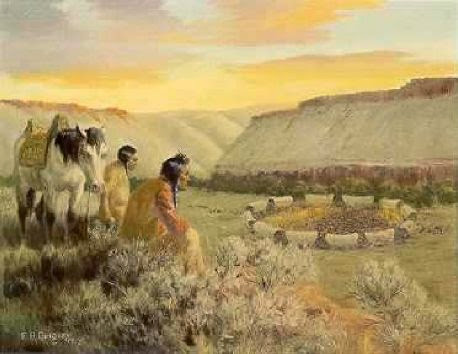 In 2009 there was the murder of a reputed drug dealer named Garry Bassi in the Vancouver area. He was on bail for numerous crimes. He was 23. His proper name was Gurpreet Singh Bassi. With the search parameters I used I found comments to a small news article to be more revealing than anything the National Enquirer might print. There were allegations in the most unflattering of language detailing the level of police corruption in the lower mainland of British Columbia. The RCMP was mentioned of course and so was the infamous Toronto drug squad and police in Australia. There was also reference to a snitch in Brampton where our courthouse shooting took place. It's a small world. Was Garry Bassi related to Sonny? Was there a role played by the Regional Police there? The commenters state that rogue police elements murder drug dealers and steal their narcotics. Other drug dealers retaliate against rival gangs. Local police in the Peel Region have been arrested stealing narcotics. They got caught in an RCMP sting when a drug dealer surrendered his narcotics to local police who neglected to notice the shipment had a tracking device that lead to an officer's home. Team 3 in 2008 after a judge stayed all charges against them. From left, Ray Pollard, Steven Correia, Richard Benoit, Ned Maodus, Joe Miched and John Schertzer.

It is a very complex world we live in. God said we were all vulnerable to sin. The core programming used by the system says there are good guys and bad guys as the system determines from inside the circled wagons. That programming avoids God's unpleasantries and begins reverting to the nursery rhyme core programming once upon a time they lived happily ever after. As long as the information comes it that format, it will be accepted and the mind will go to sleep. However, here at the Cafe we know the story always goes much deeper. The quantum aspects to the universe cannot be ignored. Good and bad can exist at the same time in anyone. That is proved when cops go bad under the cover of the good institution we think policing is. Other men who perhaps care for an elderly mother can attempt to murder another man screening a courthouse. The million dollar question is always WHY? The answers are avoided like the plague for the good of the team whatever team that is.

A RATHER REVEALING COMMENT ONE OF MANY COMPLETELY UNCENSORED:

How can you prove something you cannot see everyday, these Police officers have to look as legit as possible. If any1 ever thought they were doing this kind of shit, their jobs would be gone so fast. And everything I just said about the cops in toronto,brampton,austraila.. There are court files for the cop that killed the hells angel. The guy who got caught snitching about ppl in brampton connected to organizations in bc, he was my little cousins dumbass friend from school every1 knows about this already. Lol your acting like im some kid, from when I was in school till I was 21 I was fucking around with ppl like this, until I finally decided to change. I still keep all my old friends and we they are still openly active known to police. The cop in australia, its all documented, then there are 5 cops in toronto also. The top guys in a narco squad, all were extorting and having drug dealers work for them. They were all charged with many different things, also all documented.. why don’t u go look around the web, cuz I ain’t wasting my time looking for some of those storys again.

In Australia, a sergeant is charged for planning to kidnap a drug dealer and rob him. He told the wrong person to come along and that cop went and made a statement. In Brampton, theres a small time drug dealer making claims he knows ppl from brampton connected to organizations in bc n such. Cops want him to talk to them n do this n that, well one of the cops who were on the payroll of these drug dealers finds out who this kid is making statements on and alerts the drug dealers. Next week they come by his house n have a talk with him. I know this for a fact and please don’t say it didn’t happen. KIM SAYS: How about names? News articles? Court citations? Charges from court lists? Evidence – there has to be evidence. You are also monopolizing the conversation.