For those completely unfamiliar with the sport of kings, we will illustrate with the above map of Europe with the difficulty the western nations are in. The Ukraine is not some far off nation in a back water location. The Ukraine is the gateway or spring board to Europe. This colored image shows the comparative size and strategic position of the country.

I would suggest that much of the general staff in the western NATO countries is quite accustomed to being recruited from the best of the politically correct class. I would surmise most of the NATO nations have let their defences ebb to a shocking degree. I would expect most of them are paper tigers living under the shadow of their fathers' and grandfathers' glories. Over the years with cooperation with Russia on many fronts the cold war prowess and preparedness have faded into a distant memory. NATO has become the bully on the block attacking lesser non-aligned nations forming the western banker based version of a New World Order.

Globalists are all in agreement that they desire a New World Order. They are all in agreement that the world should have it. They generally leave the people of the world out of the loop regarding it. They attack and destroy any nation that gets in the way of it. That usually involves economic pressure with bonds and bank loans. It can involve bribes and blackmail. They will get what they desire by hook or by crook even if a few leaders have to be assassinated along the way or a few legions of the common folk have to be sacrificed in the regime change technique. That is the way power politics is played. That is the way it has always been played. That is the grand chessboard called world global domination. 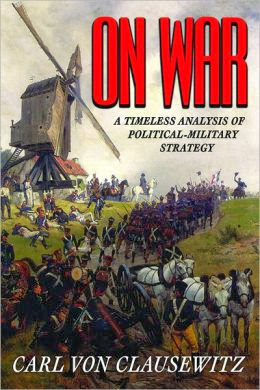 Carl von Clausewitz and his tome ON WAR!

However, the globalists have something that they share. The master plan does not allow the group outside of their influence to have any advantage or mastery on the grand chessboard. The Euro American group are at odds with the Russian and Chinese groups. The Saudi attempt is a wild card not generally known to be playing a hand at the table. The western NATO faction has been steadily undermining nations in a domino effect. They want Iran. They took Iraq, Egypt, parts of the Sudan, Tunisia, and are stalled in Syria because Putin realized the game plan is to encircle and defeat the major competitor in the great game Russia. He has put his foot down. Afghanistan was a narco side show and abject failure because globalists are ruthless, but lacking in the knowledge of past failures where certain people still maintain the will to win.

Undeterred the globalists decided to destabilize the Ukraine. They orchestrated a regime change of a democratically elected crook who was the legitimate leader as long as he payed homage to the European masters. In a change of heart, he allied himself with mother Russia. It was an act of survival. His country was succumbing to the banker strangle hold. The western bankers moved quickly on his treachery. They installed new puppet leaders in the regime change game. The fact they were never democratically elected meant nothing. They did err in their maneuver though. They forgot that Vladimir Putin is a master player in world global domination. 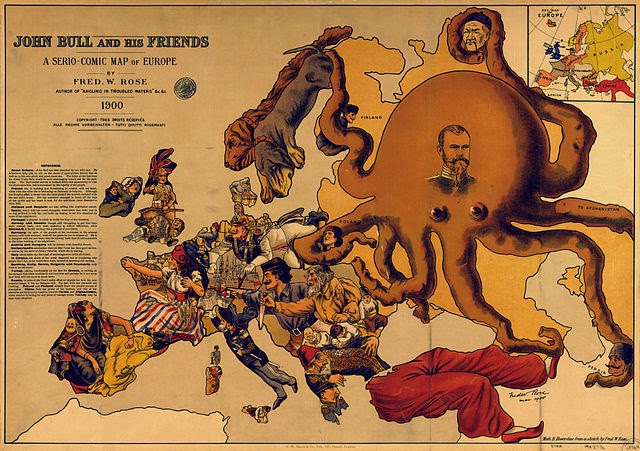 Nothing has changed in Europe in over 100 years

The western bankers are specialists at the stab in the back or the stealth infiltration of the money trusts who bleed the wealth of nations. It is an acquired skill. However, they do lack the guttural abilities of the Field Marshall and the daring of the foot soldier who has to carry out a mission under fire and win the day. It involves intellect to be sure, but it also involves great resolve or courage if you will. If you're tied up on the floor, the globalists have great courage in dealing with you. When the odds are reversed, they come apart quite easily. They cannot fight down and dirty in a protracted struggle. That is their weakness. That is Putin's strength.

The Ukraine is the gateway or spring board to Europe. The sanctions and rhetoric are hollow threats from decadent leaders. None of them are soldiers or tacticians or strategists of the battlefield. Afghanistan was their shining glory. Syria is their quicksand. The best butt kisser or boot licker cannot win a war. They can just lead an army to be vanquished because they operate as vassals to the machinations of their political masters not bold and daring Field Marshals. Vladimir Putin was a KGB veteran. He has the aplomb of the military leader and the insight of the policeman, and the ability of the intelligence strategist. On a personal basis he has the will to win. He also commands a large and powerful land force with the necessary armor and artillery to be a war machine. Russia also has the air power to support them and a reasonable navy to harass aggressors. His missile forces are a factor to be reckoned with. Though he didn't pick the time, he has the opportunity to seize the moment. That moment is now.

The western leaders are fools. They picked a fight with a viable adversary. He pinned them to the mats with a daring maneuver. He has the ability to capture the gateway to Europe. All the idiots had to do was concede the obvious and practice what they preach democratic elections. They refused. Vladimir Putin is at a juncture. While he has the advantage, he could press it and solidify the Ukraine. From there eastern Europe would be easily overrun. It would take an army of at least 3 million men to hold the Russians off. It would take at least 5 million to force them out. Two million thoroughly trained replacements would be required to make up for casualties. That is a tall order even with a suitable Field Marshall. Without one and at present strength, it is impossible. Years of political correctness have removed the stalwart fortitude required in a real soldier. Most European nations would fold like a deck chair in a few weeks at best. They always have in the past. I see them being no different now. The only professional army that could hold out would be the Germans. They might last a month if they pressed the matter. 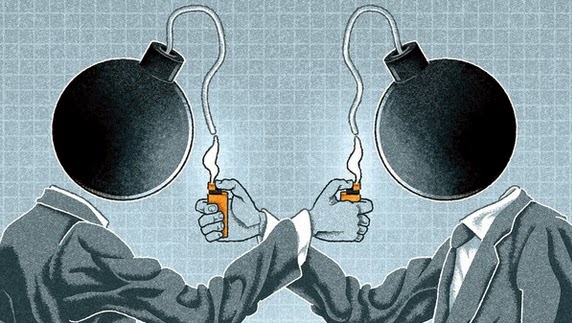 The broader question would be the MAD (mutually assured destruction) concept. If we were losing the continent, would we use nuclear weapons? The temptation would be great, but the Russians would retaliate with scorched Earth. It would be suicide. Then the most likely scenario the European leaders would accept would be to concede defeat with the better red than dead analogy from the cold war. The British might make a bit of a fight over it, but they could never maintain the staying power. The United States could never raise an army large enough or muster the logistics to get it to Europe in a timely fashion to have any effect. With the present leadership and policies of the NATO paper tiger leaders, I would suggest taking Russian lessons. You're going to need them. The EU will still have the letters EU, but it will be called the Eurasian Union. Vladimir Putin will lead it. The capital will be moved from Brussels to Moscow all because our globalists can't admit the obvious. They played the regime change game and lost.