THE DR. WHO GOOGLE DOODLE

This is a very long and complicated Google doodle. The Dr. Who TV show was the world's longest running science fiction television show. It also involved time travel so other eras can be involved in the mix. The show ran from 1963 to 1989 and was relaunched in 2005. It involved a Time Lord humanoid alien called the Doctor. He travelled through time in a device called TARDIS Time and Relative Dimension in Space that looked like a British Police call box. The doctor travelled through time and space to right wrongs and save civilizations. That sounds like my kind of job. 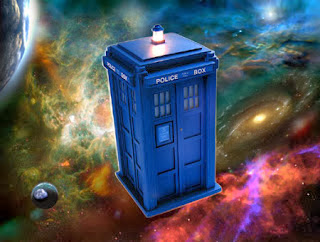 And a time machine patent has been filed

There were eleven actors that played the Doctor hence the eleven characters in the doodle. When they reach the end of life they take on a new body and continue. The process of reincarnation has been suppressed terribly. This concept goes deeper with a species of Cybermen humanoids with artificial body parts implanted in cold, calculating cyborgs. The new series involves transplanting human brains into android bodies controlled by an electronic chip via a mobile phone network, and you thought the mark of the beast was for just buying and selling. We call it the SINGULARITY!

The doodle is played as a video game where the Doctor goes through various levels assembling the letters for Google. If he is killed by the Dalek, he morphs into the next actor who played the Doctor.

To best deal with the depth of the implied content of the doodle we are apt best to look at a few of the key shows that imply relevance in the here and now. The original was supposed to be The Mutants. It involved the Daleks and the Thals being the victim of a neutron bomb attack. It was rebranded as The Daleks in the second serial. Of course the key word implies neutron bomb attack the wet dream of the New World Order for years.

The show premiered 50 years ago on November 23rd. Its first episode was delayed 80 seconds on account of reporting on the assassination of JFK. There were also severe power outages in Britain then as well. The show was repeated a week later before the next episode. That is symbolic since the other serial from 1971 Terror of the Autons involved, of course, the buzzword terror and murderous plastic dolls and daffodils killing unsuspecting victims and blank faced policemen. The Brain of Morbius included a disembodied brain falling to the floor. That is symbolic because President Kennedy's brain was removed and 'lost.' It was a 1976 show like The Deadly Assassin. We need little coaxing here to understand. The first run ended December 6th 1989. In numerology the 12th month breaks down into a three for a classic 666. We can always expect NWO sacrifices on a power number day.

If we were looking for a place of course London is always on the NWO short list. The game took us to only one specific location in its course.

Other episodes of merit include The Daleks' Master Plan. That is most significant because the Daleks were intended to be an allegory of the Nazis. It is the Nazis that infiltrated the western nations after WWII and became a fifth column to destroy them as part of the red scare. That was and still is the master plan. They will exterminate all non-Dalek life forms. The War Games, The Trial of the Time Lord, The Eleventh Hour, Journey's End, The Gunfighters, Planet of the Dead, War Doctor and The Tenth Planet make the short list. The Massacre of St Bartholomew's Eve adds a more specific date and possibly location to the doodle. This massacre of Huguenots happened in France in 1572 and started on August 23rd. Since Dr. Who had a science and history aspect, this is fitting. 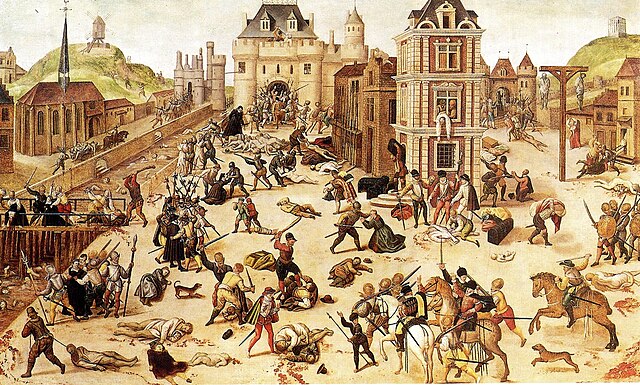 The Daleks were susceptible to guns and baseball bats. Their NWO brethren seem to loath the former and play the latter. One of their writers, Douglas Adams, wrote The Hitchhiker's Guide to the Galaxy an end times scenario for the planet Earth. The Web of Fear had the most missing episodes until lost copies were found. If we have faith, we need not fear. The Lord is always with us. He can regenerate our bodies.

Have we entered the secret lab of weapons of mass destruction?

Will good triumph over evil?

In the first image the 'o' is missing from Google. Gogle in the Urban Dictionary has a meaning of people awkwardly waiting for something to happen, stealing something from a store, or looking at pictures of attractive people. The only pictures we can't look at are the videos from the lost episodes. That's another moral to the doodle. It seems the most important episodes in history lose their surveillance tapes. We, therefore, must depend on the TARDIS to take us through time and space to right the wrongs with the truth observed first hand.