February 19th heralded the Nicolaus Copernicus Google doodle. His was an extraordinary time of discovery and intrigue where the concepts of science were taken light years ahead of where mankind had understood his position in life. In the simplest terms the center of the universe is under your own two feet or in your reflection in the mirror. However, in broader terms we are part of an infinitely larger universe and existence the likes of which are still incomprehensible.

First and foremost Copernicus observed that the Sun was the center of the solar system. It was orbited by six known planets at the time. His book De revolutionibus orbium coelestium (On the Revolutions of the Celestial Spheres) gives us the key word for this celestial sphere is revolution. There is a big one pending as the forces that battled for dominion in his day continue their dirty work today. Many of them exist in the shadows silently preparing to strike.

Copernicus died on May 24th in case that is a day of importance. He was born in Torun which is thorn in English. It was the 'Crown' of the Kingdom of Poland. There is another who is expected to arrive who wears a 'Crown' of thorns. There is word another solar system is entering our own. It is a hotly debated topic, but it is an option on the table. There were several appearances of meteoric rocks entering the atmosphere. The one that crashed in Russia was the most catastrophic. Long before there were weapons, there were rocks that collided with planets including ours. There is no reason to assume that process has stopped especially after so many near misses in the recent past. These pieces could very well be travelling in company with the larger asteroid 2012 DA14. It would only make sense that these rocks travel in clusters being dislodged from other planetary matter.

Space rocks are classified by the military

In his day Poland was involved in a terrible struggle with the Teutonic Knights of the Holy Roman Empire. The Order of Brothers of the German House of Saint Mary in Jerusalem was founded in 1190 or in the twilight language with a 9/11 basis. The Thirteen Years War was one of those struggles where Prussia and Poland felt their wrath. There was talk about unpaid loans then. That is the business today as well. Nicolaus' grandmother's maiden name was Modlibóg (pray to God in Polish). That is always good advice any time. His uncle Lucas Watzenrode was termed the devil incarnate by the Teutonic Order for his resistance to them. He raised Nicolaus after his father died.

Nicolaus was fluent in five languages including Greek and Italian. He received a Papal indulgence to work on his science on November 29, 1508. The significance of the 11 11 cannot be ignored. He was an ordained priest, a doctor of both canon law and medicine. He received his doctorate in canon law on May 31st 1503. On March 9th 1497 he observed the star Aldebaran in the Taurus constellation. That date is pending and the inverted 666. In the jubilee year of 1500 he observed a lunar eclipse on the night of 5-6 November. The 11 11 comes to the fore again. He spent the last 40 years of his life in a region of Poland that was autonomous. They had there own parliament, army, and monetary unit and treasury. There was peace in the kingdom. HINT. HINT. His uncle Lucas died on March 29th 1512 a 3 11 twist.

In 1519 there was another Teutonic War. Currency reform and the monetary system were root causes. Imagine that fighting over money as a cause of war. Copernicus was the economic administrator of Warmia during that period. He directed the defence of his area. One of the major issues was who had the right to mint coin. The Teutonic Order was given their right by the Pope. Copernicus wrote on the value of money presaging Gresham's Law by 70 years. He wrote on the quantity theory of money. We might call that Quantative Easing today. They were attempting to stabilize their currency.

He died at seventy on May 24, 1543. His body was identified on November 3rd 2008 another 3 11. His second funeral was on May 22nd 2010 another illuminist power number 5 22. His Greek interests and studies imply Greece and then Italy will be the epicenter of the coming financial dilemma. His heliocentric theory stated there was no center of all the celestial spheres. That may well imply no one country is the center of the collapse. The earth is not the center of the universe and neither is the money we hold in such high esteem. God is the center of the universe. Our souls revolve around him or at least they should. The ratio of the earth to the sun or the soul to God could very well depend on our lust for wealth. Whatever motion that exists in the firmament may equate to our motion of our soul movement to God. What appears to be motion of the sun and the planets is not theirs but ours. By the same token the actions of others are not the cause of our movement away from God. It is our actions that are retrograde.

For what is a man profited, if he shall gain the whole world, and lose his own soul? or what shall a man give in exchange for his soul? 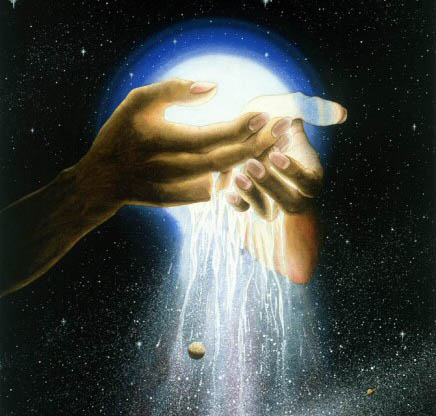 The History of Creation

1 In the beginning God created the heavens and the earth. 2 The earth was without form, and void; and darkness was[a] on the face of the deep. And the Spirit of God was hovering over the face of the waters.

Break the pattern. War not. The eternal is our creator. The spiritual firmament is our soul. Don't waste it. The next banker war may very well be our last. It is written if you take the time to see.