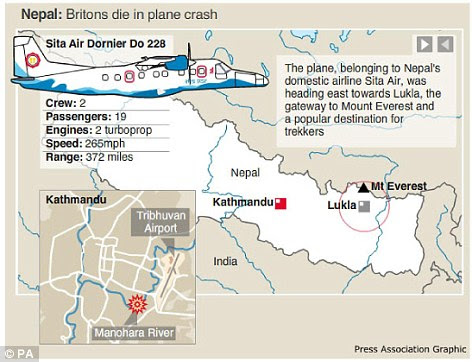 Last week there was another terrible plane crash in Nepal. A local airline, Sita Air, was carrying tourists on the trip of a lifetime a trek through the Himalayan base camps. The adventure quickly devolved into a nightmare as the aircraft crashed moments after takeoff. It was a terrible accident. An eagle hit a propeller causing enough structural damage to ignite the plane on fire sending all aboard to a horrendous death by being burned alive. That's quite the story. If we were at the base camp late at night telling tall tales that would be a good one. 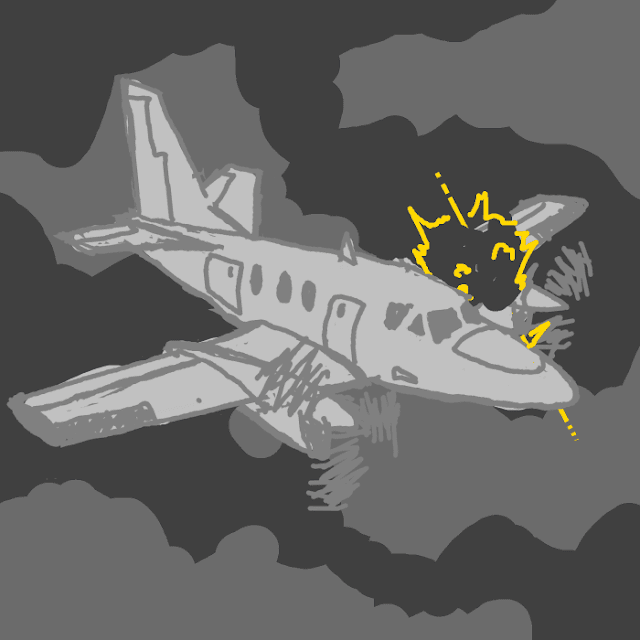 There are several things that defy credulity. One is it was exactly 20 years ago in 1992 that another aircraft crashed at the same airport killing all aboard. It was Pakistan International Airlines Flight 268. It crashed exactly 59 days after Thai Airways International Flight 311 crashed in Nepal. Canadian Transportation Safety Board investigators wrote the report on both crashes. We used to call that the two for one special. If you're a risk to the New World Order, don't fly to Nepal. They take care of business there. We see by the numbers it was another 3/11 like Madrid or Fukushima. The Illuminati love their numbers.

After the impact with the eagle the pilot was desperate to return back to the airport. He made a turnaround. The news said he failed to maintain the proper radius in the turn. The air is thin up there in Nepal. He was supposed to try to land in the nearby river like the famous Hudson landing a few years back. He didn't make it. Witnesses said they saw the passengers waving as the plane nosed dived into the ground. They must have really good eyes in thin air Nepal. After the impact they heard screaming. There were survivors it appears. They were consumed by the flames. The Illuminati like that means of execution. Pain and suffering gets them off on the power of death. Airport officials said the pilot was nervous, and get this they gave him permission to start the second engine. EXCUSE ME! The plane was a Dornier 228 number 9N-AHA. It is a twin engine prop. They take off with two engines I can assure you. They fly with them too. Trying to turn in an emergency with one engine would be a miracle. So I'm thinking it was a hit. The plane was either shot down or it had a bomb aboard.

Witness Harimaya Tamang clearly stated the plane was on fire when it LANDED. It bounced and remained intact. Witnesses rushed forward with water to attempt to douse the flames. (That won't work by the way. Burning fuel is a class B fire. Water just spreads it around.) That's where they would have seen the passengers waving. They were on the ground already. A massive fireball consumed the plane. An eagle was said to have been recovered at the crash site. I guess he had hung on for dear life. We have two stories. In the first it plummeted to the Earth. In the second it landed with a bounce. It was the sixth fatal crash in the last two years. 76 lives were lost in them. They leave those fine details out of the travel brochures. 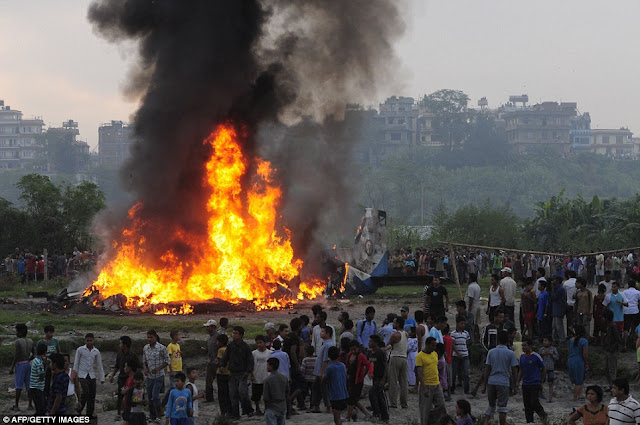 I think we can safely say they didn't stand a chance. Unlike other plane crashes aircraft aluminum survives better that steel. If it was a hit, then who was the intended target? Of the seven Britons aboard one is at the top of the list. He was 27 year old Ben Ogden. He was a lawyer employed with one of the world's most prominent law firms Allen and Overy. They are the who's who of legal talent. Founded in 1930 they represented Edward VIII in the abdication crisis, the first ever hostile takeover, S.G. Warburg and Co., Guantanamo Bay detainees, HBOS / Lloyds TSB merger, Lehman Brothers Chairman Dick Fuld, the investigation into BAE Systems fraud case, and the Goldman Sachs, Abacus and Fabrice Tourre CDO fiasco. That's a lot of muck raked by the firm. Ben was so good at it he was offered the position of associate. I suspect he was at the cutting edge of a major case. I suspect it was the UK side of the BAE case. The Serious Fraud Office dropped the case in the UK. In the US BAE was assessed a $400 million fine. Whatever the case, they dropped old Ben from the sky to his demise. 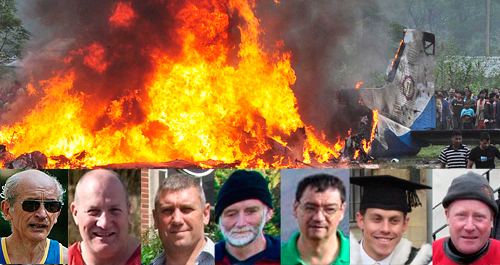 Ben is the second from the right. Allen and Overy are known as part of the 'Magic Circle' of law firms. They were threatened by Charles Stimson Deputy Assistant Secretary of Defense for Detainee Affairs in the Guantanamo case. You are either with us or against us they used to say. They were siding with the 'terrorists'. Mr. Stimson cautioned CEO's to pick their law firms carefully lest they lose contracts. I doubt US intelligence would alert law firms that pursue liberty and justice for all. They were transformed into a fascist state after 9/11. That is where the power elite intend to keep them unless WE THE PEOPLE speak out. God Bless you Ben. That is the only hope from Satan's realm.