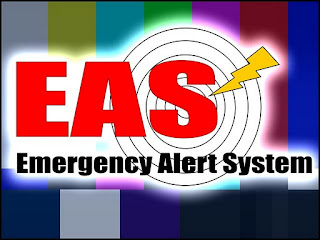 OPERATIONS OTHER THAN WAR MAY HAVE COMMENCED.

The financial and banking industries are on high alert tonight as a massive cyberattack continues, with potentially millions of customers of Bank of America, PNC and Wells Fargo finding themselves blocked from banking online.

"There is an elevated level of threat," said Doug Johnson, a vice president and senior adviser of the American Bankers Association. "The threat level is now high."

"This is twice as large as any flood we have ever seen," said Dick Clarke, an ABC News consultant and former cybersecurity czar.

Sources told ABC News that the so-called denial of service attacks had been caused by hackers from the Middle East who had secretly transmitted signals commandeering thousands of computers worldwide.

Those computers -- or "zombies" -- were then used to overwhelm bank websites with a barrage of electronic traffic.

Different banks have been targeted on different days.

Today was PNC Bank's turn: For three hours, ABC News tried to get on the PNC website to no avail.

On Facebook, a frustrated customer, Cynthia Schirm, wrote, "Trying to pay bills. This is ridiculous."

"Hopefully it can be up soon," wrote Stacy Briggs-Gerlach. "Never realized how dependent I am on it!!!"

A group of hackers calling themselves Izz ad-Din al-Qassam warned the financial industry that it was going to attack in retaliation for the controversial film "The Innocence of Muslims," which provoked outrage across the Muslim world earlier this month.

The U.S. said it suspected that hackers in Iran were also involved.

"This is the first time that we know about, where a Middle Eastern entity, perhaps a Middle Eastern government, has attacked websites, critical infrastructure, in the United States," Clarke said.

Even though hackers have not been able to steal any money during these attacks, authorities say they fear the next generation of wide-scale cyber assaults could be more devastating.

"If they get inside the banks, they can move money around and cause financial chaos," Clarke said.

In a number of those cases, the hackers stole employee login credentials and then wired themselves between $400,000 and $900,000.

Sources told ABC News that the U.S. government was actively working to locate and disrupt the massive attacks.

BE PREPARED FOR A BANKING HOLIDAY MONDAY IN CASE IT GETS WORSE!!!