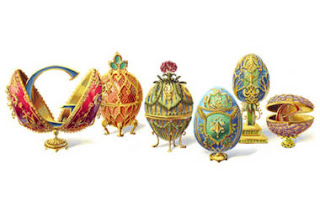 Not to be left in the dark, the Google military industrial complex appears to be warning the faithful of the coming storm known as economic Armageddon in some spheres. Of course the truth is concealed as the contents of the Faberge egg have been encased inside containers made of gold and precious stones.

It would seem their faithful are being told to return to a bygone era where gold was the primary asset and store of wealth the ultimate safe haven. You see Peter Carl Fabergé was a man who had to flee to safe havens more of less like money today. In the beginning he fled from France through Germany to Russia.

After the October Revolution in 1916 where the Bolsheviks seized control of Russia, Mr. Faberge had to flee through Germany to Switzerland for safe haven again. We can read October for the economic revolution. Our agents have set that as the month of collapse. We would tend to see money fleeing to Germany and ultimately Switzerland. However, they are only delaying tactics. Once the event unfolds, the only safe haven will be your nest egg if you've prepared one. That will be precious metals and stones. 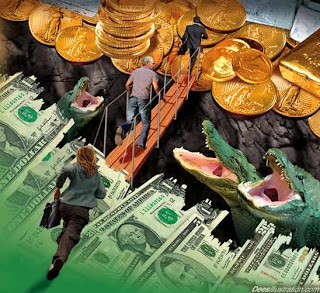 The egg also represents 'zero'. In many respects the net worth of paper currency will approach zero. The value of other tangibles goes the other way to infinity in paper terms. Of course the hint is Russia too. The country that could take the field with a gold backed currency could win the economic currency war as last man standing. Russia has been outed as a player. Other countries could follow suit with their gold reserves. Alas poor Canada is at the bottom of the list of gold reserves.

One of the unusual spins is the fact that the written letters concealed in the first and last eggs spell Ge. Fortunately I remember just enough Chinese to recognize that as a general measure word used in conjunction with a key word to give a term meaning. We are measuring the worth of our accounts in cash and finding them worthless. The transfers of funds to a safe haven like gemstones and gold measure well.

A further angle involves Hillary Clinton wearing a Phoenix bird clutching an egg in the form of a pearl. The deep meaning involves the destruction of the United States and the rising of the New World Order Phoenix. Nothing has changed except the timeline is nigh. Be prepared. The events are cast. Get your nest full of eggs. This isn't an investment. It is a lifeboat. It is probably the only one you can safeguard your assets with. Fiat cash is doomed. Don't go down with the ship. 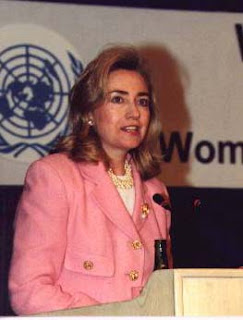