We Are Now 'Worse Off' Than Before Vaccine; Did it Make Virus More Virulent and Transmissible? 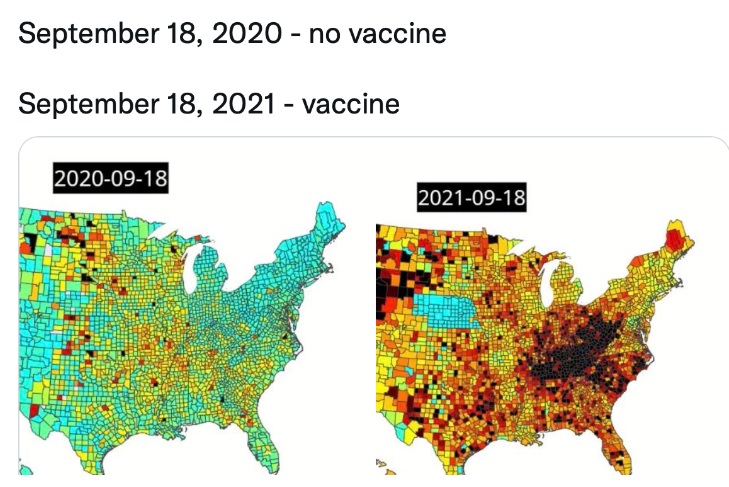 In an Op-Ed published by The Blaze on Tuesday, Daniel Horowitz makes the following claim which is also the title: “The data is in, and we are now worse off than before the experimental shots.”

Horowitz references a published report in October 2018 from the Johns Hopkins Bloomberg School of Public Health, which he says, “if one didn’t know better, might make readers think the authors were involved in the gain-of-function research that likely created this virus.”

The report, titled “Technologies to Address Global Catastrophic Biological Risks,” offers novel social control and mRNA vaccination ideas to deal with emerging pandemics “whether naturally emerging or reemerging, deliberately created and released, or laboratory engineered and escaped—that could lead to sudden, extraordinary, widespread disaster beyond the collective capability of national and international organizations and the private sector to control.”

One of the many bone-chilling sections in this publication (pp. 45-47) provides a blueprint for “self-spreading vaccines,” described as vaccines “genetically engineered to move through populations in the same way as communicable diseases, but rather than causing disease, they confer protection.”

After noting that such an idea would violate the rules of informed consent (the irony!), and possibly spread allergic reaction, they add this shocking prediction about the challenge of such technology:

Finally, there is a not insignificant risk of the vaccine virus reverting to wild-type virulence, as has sometimes occurred with the oral polio vaccine—which is not intended to be fully virulent or transmissible, but which has reverted to become both neurovirulent and transmissible in rare instances. This is both a medical risk and a public perception risk; the possibility of vaccine-induced disease would be a major concern to the public.

Whether this vaccine actually sheds the spike protein onto other people is still not yet proven (although Pfizer seems to indicate it can spread through skin-to-skin contact in “inhalation“;), but the principle of mass vaccination with a faulty vaccine making a virus both more transmissible and more virulent is something that is hard to deny at this point.

The reality is that more people have died from COVID-19 in 2021, with most adults vaccinated (and nearly all seniors), than in 2020 when nobody was vaccinated. Something is not adding up, and perhaps those who have been dabbling in gain-of-function research in recent years have the answer.

CONTINUE READING: “The data is in, and we are now worse off than before the experimental shots”