The Pentagon Is Sitting on a Chunk of Valuable Airwaves. Why? 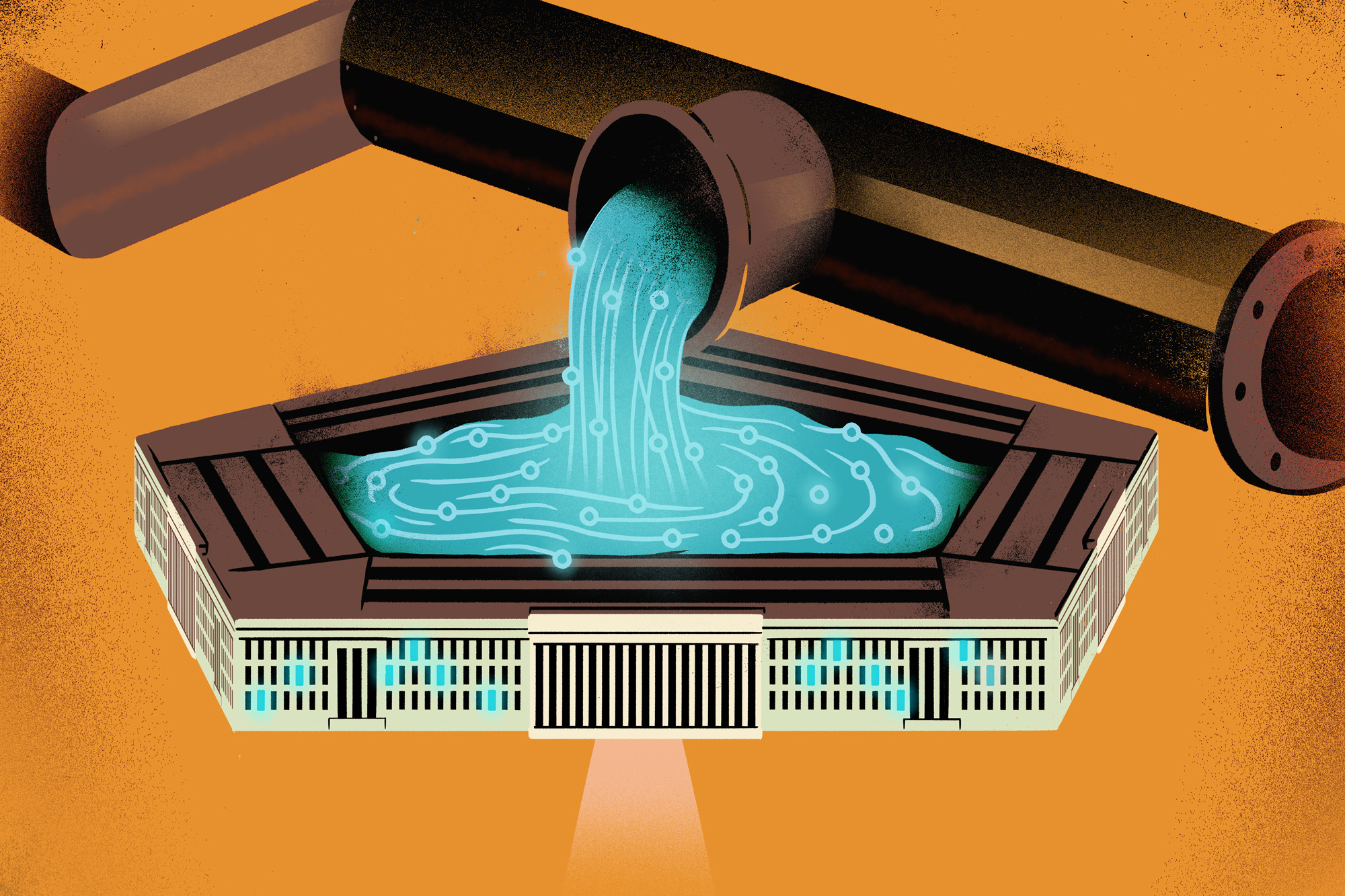 Companies say they need the military’s wireless spectrum to build a 5G network. The military has other plans—and nobody is sure what they are.

By JOHN HENDEL and BRYAN BENDER

As the Trump administration squares off with China’s Huawei over who will dominate the world’s next generation of wireless networks, another battle is emerging closer to home. And in this one, the force causing the most concern isn’t a shadowy Chinese firm, or even a company at all. It’s the Pentagon.

The fast new consumer and business network known as 5G, already being touted in Super Bowl ads, will require large new swaths of the airwaves. And for the companies building it out, the most coveted piece of that invisible real estate is the “mid-band,” a set of frequencies that can carry far more data than current cellphone signals.

Since the 1960s, rights over much of the mid-band have been claimed by government agencies, most notably the U.S. Department of Defense, which says it needs to use mid-band waves for research and military communications. Critics say the military is barely using those airwaves, and by squatting on the rights it is blocking American firms from developing better 5G networks.

As they bicker, Chinese companies aren’t waiting ... and U.S. producers fear that they’re being shut out of a quickly developing new technology by their own government.

Now, as 5G moves quickly from a sales pitch to a business reality, a significant battle is erupting between wireless carriers, which want the government to free up the Pentagon’s share of the mid-band airwaves for commercial use, and Pentagon generals, who warn of national-security risks if they lose control.

As they bicker, Chinese companies aren’t waiting: Huawei and others are moving quickly to build and sell equipment that exploits exactly those frequencies. As other nations stock up on infrastructure built by Huawei and other Chinese firms, gear from China is becoming the standard in much of the world — and U.S. producers fear that they’re being shut out of a quickly developing new technology by their own government. The Pentagon, too, is likely to face security concerns in its overseas operations as its mid-band channels get crowded by Chinese-built devices.

Though it hasn’t cracked the front pages yet, the battle over the mid-band airwaves has created strange political dynamics of its own, with big telecom companies trying to budge the Pentagon without triggering an open lobbying war, and Newt Gingrich and Trump campaign manager Brad Parscale joining the battle on behalf of yet another would-be player in the industry. In the process, it’s focusing attention on a big mystery: What is the Pentagon even doing with its valuable slice of the wireless spectrum?

And, with China racing to exploit its lead, the lack of mid-band open to American companies is raising a bigger worry for U.S. competitiveness: Even if the Pentagon finds a way to free up some of the territory, China’s growing head start may mean it’s already too late.

The airwaves are one of the least understood resources in America — invisible and all around us, they power everything from military radar to home Wi-Fi to old-fashioned AM radio. They’re also a top-level tug-of-war in Washington. Theoretically owned by the public, they’re regulated by two separate agencies, neither answerable to the other.