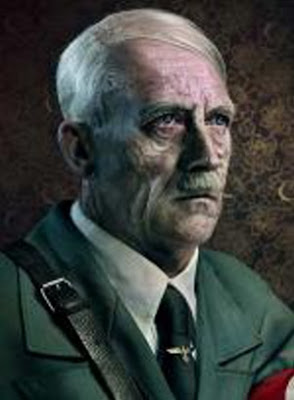 The 3 volume trilogy of Heinrich Muller Gestapo Chief has alluded to same from him as a source brought to America as an Operation Paperclip asset. He got a serious wage for his efforts meeting the President. He confirmed Hitler escaped via Spain in his Air Force One which was a one of a kind. Does this explain the march to fascism and The Bilderberg Group hold upon us? The short answer is YES!

"The biggest revelation is an authenticated secret German document which lists Hitler as one of the passengers evacuated by plane from Austria to Barcelona on April 26, 1945."

Although official history contends Hitler committed suicide with his newlywed wife, Eva Braun, on April, 30 1945 and their corpses were burned by others in the Berlin bunker, Abel Basti claims proof the story is a fabrication.

According to Basti's meticulous research, the leader of the Third Reich spent his last years as an art dealer and had facial plastic surgery to change his appearance.

Those are just two of the astounding revelations that respected Argentine journalist and historian Abel Basti documents in his book, Hitler's Exile. While the book was a runaway bestseller across South America, it's been suppressed in the United States and the Russian Federation. Those two countries still maintain that Germany's Führer committed suicide during the last days of World War Two. 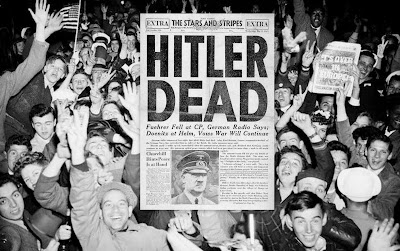 The claim that Hitler and some high-ranking Schutzstaffel (SS) officers escaped Germany and fled to South America is not new.

Nil Nikandrov observes (Strategic Culture Foundation, "All the Leaders of the Third Reich Fled to Latin America"): "In his well-documented, The Hitler Survival Myth (1981), Donald McKale identifies the earliest source of the myth of Hitler's escape to the southern hemisphere as the unexpected surrender of a German submarine in early July 1945 at Mar del Plata, Argentina.

"Several Buenos Aires newspapers, in defiance of Argentine Navy statements, said that rubber boats had been seen landing from it, and other submarines spotted in the area.

"On July 16, 1945, the Chicago Times carried a sensational article on the Hitlers having slipped off to Argentina.” "Ladislao Zsabó, a Hungarian advertiser, witnessed the arrival of the U-530 and saw its crew disembarking. He had heard that the destination was the German Antarctica and, mistakenly, made a supposition that Hitler had escaped to Antarctica, and published the book Hitler está Vivo (Hitler is Alive), where he speaks about the possible location of Hitler, in Queen's Maud properties, opposite the Weddel Sea, that was then renamed Neuschwabenland, when the area was explored in 1938/39 by the German expedition [led] by Captain Ritschter. 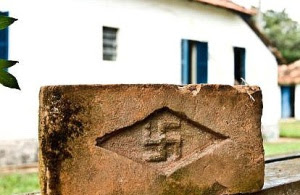 Brick from wall of Nazi complex in Patagonia

"Zsabó made the wrong assumption.

"Had he read the book by Professor Hugo Fernandez Artucio published in 1940, Nazis en el Uruguay, (Nazis in Uruguay) he would had discovered that there actually was a plan referring to German Antarctica, but this was nothing but the term they used for the Patagonia and that this information had been made public in New York in 1939." [Nil Nikandrov] 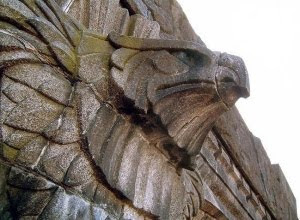 When there's so much smoke there's usually a fire. Basti tracked down that fire during seven years of sometimes grueling investigations. 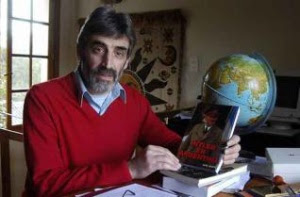 He personally visited German compounds surrounded by security and stern-faced guards, interviewed surviving witnesses in villages near the strongholds, and even obtained authenticated photographs of Hitler and Braun during their exile years. 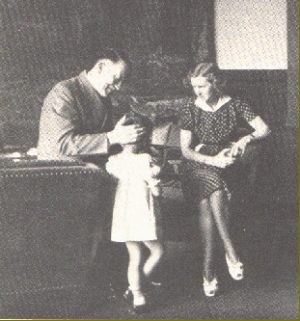 Alleged photo of Adolf and Eva with daughter Urich in Argentina

"Basti wrote that A. Hitler, E. Braun, and Führer's closest aides flew from the burning Berlin to Spain...and then crossed the Atlantic Ocean by three submarines and reached Argentina.

"In July-August, 1945 Hitler and his clique landed in the Rio Negro province near the Caleta de los Loros village and moved on further into Argentine.

"Basti detailed the journey of A. Hitler and E. Braun across Argentina assisted by local Nazi sympathizers and described the couple’s family life during which—despite the hardships of hiding—they even had children."

The Soviets weren't helpful on the matter of the German leader's death.

"The Soviets continued to be difficult. They refused to allow Westerners into Berlin even after the surrender of Dönitz's government and the last armies in the field on May 7-9. On May 10, they announced the existence of the burned bodies in the Chancellory courtyard, but only allowed that one might be Hitler. The same report went on to say that his body might never be found.

"On June 6, a spokesman for the Soviet army in Berlin announced unequivocally that Hitler had committed suicide and that his body had been identified. Three days later, Marshall Zhukov, the head of the Soviet army gave a press conference with Deputy Foreign Minister Andrei Vishinski looking over his shoulder. 'We did not identify the body of Hitler,' he said. 'I can say nothing definite about his fate. He could have flown away from Berlin at the very last moment.'" [Nil Nikandrov ]

Romero: What is your opinion on Hitler’s escape?

Basti: "Hitler escaped via air from Austria to Barcelona. The last stage of his escape was in a submarine, from Vigo, heading straight to the coast of Patagonia. Finally, Hitler and Eva Braun, in a car with a chauffeur and bodyguard—a motorcade of at least three cars—drove to Bariloche (Argentina).

"He took refuge in a place called San Ramon, about 15 miles east of that town. It is a property of about 250,000 acres with a lake-front view of Lake Nahuel Huapi, which had been German property since the early twentieth century, when it belonged to a German firm by the name of Schamburg-Lippe." 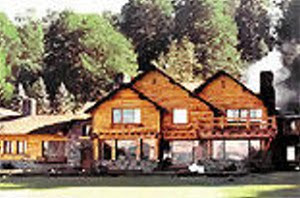 Romero: "On what basis do you claim that Hitler was in Spain after leaving his Berlin bunker?"

Basti: "I was able to confirm the presence of Hitler in Spain thanks to a—now elderly—Jesuit priest, whose family members were friends of the Nazi leader. And I have witnesses that allude to meetings he had with his entourage at the place where they stayed in Cantabria. 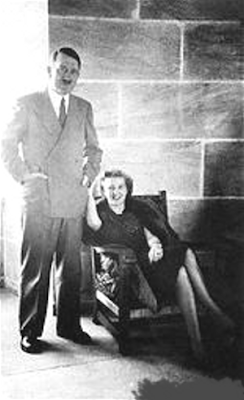 Mr. and Mrs Hitler in Spain before voyage to Patagonia

"In addition, a document of the British secret services reveals that in those days, a Nazi submarine convoy left Spain, and after stopping in the Canary Islands, it continued its journey to the south of Argentina.

"Hitler and Eva Braun traveled onboard one of these submarines, which later arrived in Patagonia between July and August of 1945, under the de facto President Edelmiro Farrell and later Juan Domingo Peron, then his Minister of War. There is also another important document mentioning that the FBI was looking for Hitler in Spain after World War II."

Romero: "From where did he leave to Patagonia?"

Basti: "All the evidence points to the Galician coast, which was a significant base of supplies for Nazi submarines during the Battle of the Atlantic, to the extent that Churchill considered the possibility of invading it—an action that was scrapped when they built the code-breaking “Enigma” machine and managed to decipher Nazi submarine fleet messages and the course of submarine warfare was reversed.

“There is the possibility that he left from Vigo or Ferrol, but it is almost certain that he did from Vigo, according to Britain’s MI6."

Basti: "Hitler lived as a fugitive with his wife and his bodyguard. His first years were in Patagonia, and then he lived in the more northern provinces [of Argentina].

"In the early years, he held meetings in different parts of Argentina, and with other Nazis in Paraguay, as well as with sympathizers from foreign countries.

“He shaved his head and mustache, so he was not easily recognizable. He lived away from large urban areas, although he had a few meetings in Buenos Aires. He died in the sixties in Argentina.

“I’m currently investigating where he was buried and how he lived his last days."

Romero: "Did you have access to documents from the former Soviet Union?"

Basti: "Until his death in 1953, Stalin always believed that Hitler had escaped. In 1945, Stalin told the Allies this same information. There are three different shorthand writings in which Stalin mentioned that the German leader had fled.

"In Argentina, I have interviewed people who had seen and met with Hitler. In the Russian archives, there is abundant documentation that shows that Hitler had escaped."

Romero: "How did your book impact the official story of Hitler’s death?"

Basti: "Despite the recent investigations that proved that Hitler’s remains at the Kremlin in Russia did not belong to him, most Russians have always rejected the theory that he escaped. The same applies to the nations involved in the war.

“The U.S. has just reclassified [under national security auspices] for 20 [more] years all official material related to this story, and when that deadline is met, it will probably be reclassified.

“The British reclassified all related documentation for 60 more years. The researchers cannot access that information."

Hitler was a son of a Rothschild mistress, called Schickelgruber. He was acting as an agent of the Rothschilds who funded his rise to power. Merkel is of the same.