They're at in again. This one is an easy one. The history of the Moon cake has been a long established fact. The significance of this image is to verify the future use of the Google doodle in the days and weeks to come. The Moon cake has been a very successful medium to pass secrets. In fact it was because the receiver could swallow the evidence. Below is the fluff followed by the facts. The explanation is clear. The Google doodle is code. The reference to Chang'e should be obvious too. Obama and his philosophy of change scream attention. The little flowers are sweet olive leaves for tea. Obama will be dining at the Fig & Olive. Maybe they should chang'e their plans.

There is a folk tale about the overthrow of Mongol rule facilitated by messages smuggled in moon cakes.

Mooncakes were used as a medium by the Ming revolutionaries in their espionage effort to secretly distribute letters to overthrow theMongolian rulers of China in the Yuan dynasty. The idea is said to have been conceived by Zhu Yuanzhang (朱元璋

and his advisor Liu Bowen (劉 伯溫;), who circulated a rumor that a deadly plague was spreading, and the only way to prevent it was to eat special mooncakes. This prompted the quick distribution of mooncakes, which were used to hide a secret message coordinating the Han Chinese revolt on the 15th day of the eighth lunar month.[2]

China's 'moon cake tax' too much to stomach 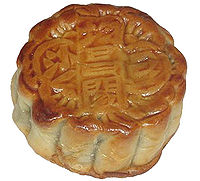 A Chinese tax on moon cakes is not liely to spark an uprising of the sort that earned the Boston Tea Party its place in history, but the move has left a bad taste in the mouth ahead of the Mid-Autumn Festival.

Tens of millions of brightly decorated boxes of the fist-sized moon cakes are exchanged at this time of year in a symbolic tribute to the full moon that is considered biggest and roundest on the holiday, which this year falls on Sept. 12.

Companies get into the act, and gifts between colleagues and customers have become a costly business ritual across the country.

That made the so-called "moon cake tax" an easy choice for tax authorities looking for new sources of revenue. Actually, the tax is not new, but the moon cakes given out by companies are now considered to be "income" that is taxable, according to a new regulatory interpretation, setting off a torrent of criticism.

"The Mid-Autumn Festival is a traditional time for family reunions in China. The company is just being solicitous to the employees, and even that is being targeted by the tax department," a manager at a small state-owned company in Guangzhou told Reuters. "It hurts people's feelings."

Others said the ruling added insult to injury because it fell disproportionately on average workers.

"If the welfare of officials, such as the government cars, were all taxed, people would not have been upset about the moon cake tax", said Xie Wen in comments on a Twitter-like service called Weibo.

China's taxpayers are increasingly sensitive to tax hikes as stubbornly high inflation erodes real purchasing power. For the first seven months of the year, fiscal revenues rose 30.5 per cent from a year earlier to 6.67 trillion yuan ($1.05 trillion), and the growth rate was much higher than that of per capita income.

Another online comment on people.com.cn urged the taxman to show a softer heart: "... when it comes to people's feelings and a happy festival, the government needs to consider more than legal taxing... State revenue has increased faster than people's salaries this year, so it would be a way to show the authorities' concern for the people by cutting a little tax before the Mid-Autumn Festival."k

http://www.dnaindia.com/world/report_china-s-moon-cake-tax-too-much-to-stomach_1581998
The Moon rabbit, also called the Jade Rabbit, in folklore is a rabbit that lives on the moon, based on pareidolia that identifies the markings of the moon as a rabbit. The story exists in many cultures, particularly in East Asian folklore, where it is seen pounding in a mortar and pestle.[1][2] In Chinese folklore, it is often portrayed as a companion of the moon goddess Chang'e, constantly pounding the elixir of life for her; but in Japanese and Korean versions it is just pounding the ingredients for rice cake.

In Chinese mythology, Jade Rabbit lives on the Moon where it makes herbal medicine. The rabbit is also mentioned in the novel Journey to the West. According to Korean and Japanese myths, a rabbit lives on the Moon making rice cakes (Tteok - the Korean word for rice cakes in general, and mochi, a different type of a rice cake with red bean filling, in the Japanese myth).
http://en.wikipedia.org/wiki/Chang%27e

It's the tea they drink WITH the moon-cakes, very much beloved -- they go hand in hand.

AND MR. CHANG'E WILL BE WHERE? 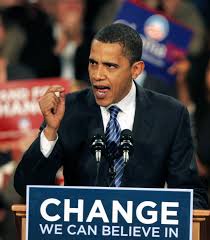 DINING AT THE FIG AND OLIVE IN L.A.

After leaving the Sunset Strip landmark, the President will head down La Cienega Blvd. to the new, scene-y Fig & Olive restaurant for the second event, which will put guests back $35,000 for a ticket and a plus one (solo tickets run $17,900). A Q&A with President Obama will also be a part of the second event.