SOURCE OF TERROR IS THE GOVERNMENT POLICE ANALYST 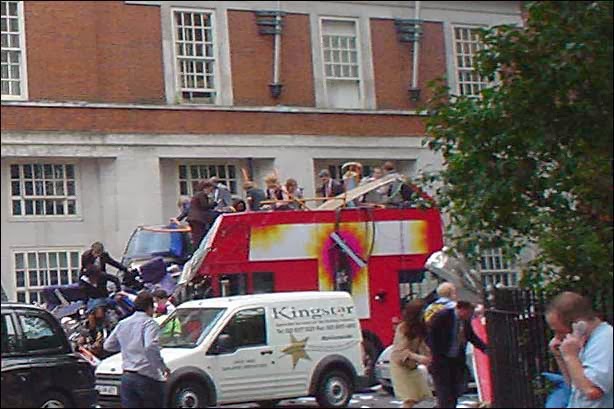 Tony Farrell had been employed for twelve years as ‘Principle Intelligence Analyst’ for South Yorkshire Police, 13th largest of the 44 police forces in the UK. His job involved producing a yearly ‘Strategic Threat Assessment Matrix’ to determine how the police force had to prioritise its activities. Assessed ‘threats’ ranged from ASBOs (anti-social behaviour orders) to the terrorist threat allegedly presented by Islamic extremists. Having a statistics degree, it was his job to translate the different ‘strategic threats’ into a ‘matrix’ of relative numerical weighted probabilities.

In 2010, one week before the 5th anniversary of 7/7, Tony (who had never previously doubted government versions of events) stumbled across ‘9/11 Truth’ material on the web. Like so many millions before him, he was shocked to the core by this experience. He quickly realised that there was a great mass of evidence relating to 9/11 kept hidden by the mainstream media. As a Christian, Tony consulted his church minister, who suggested that he consider, whether the same might be true for the London 7/7 bombings?

Something he had not suspected ‘in his wildest dreams’ then started to unfold. After reading much of the available but publicly-unreported witness statements and other evidence relating to 7/7, Tony found that he could only conclude that the official 7/7 narrative was ‘a monstrous lie.’ Instead of the official ‘suicide bombers’ narrative, which he and all of his colleagues had believed without question, he realised that the weight of evidence strongly points far more towards 7/7 being an event stage-managed by British intelligence than anything else.

The unthinkable but inescapable question thus intruded: Does there exist an ‘internal tyranny’ worse than any external foe?

All the assumptions he had held about the ‘strategic threat’ from terrorism were shattered and lay in ruins, and he found himself now doubting the size of any threat allegedly coming from Al-Qaeda and home-grown extremists. Within the police service, he felt horribly alone not knowing who to talk to about this matter – a situation made acute because he would have to present his annual threat assessment to the ‘Intelligence Strategic Management Board’ on July 8th - mere days away.

From his Christian perspective 9/11 and 7/7 could only now be perceived as expressions of a Satanic dimension concerning the ascent of what everybody was calling a ‘New World Order’. He saw these deceitful events as false-flag operations perpetrated in order to justify illegal and wicked wars. This was a deep personal crisis – one that would terminate his career.

On July 6th he ‘stuck his head above the parapet’ by alerting his boss – that he was developing a very different conceptual model of the strategic threat.

The terse document he handed over, suggested that the untruth of the 9/11 story implied ‘a huge potential for a total breakdown in trust between the government and the masses’ and it warned of ‘a tipping-point’ that would surely arrive as it slowly dawned upon citizens that their own government had conspired against them and had lied to them and had murdered innocents in the process.

Likewise he warned that, if indeed 7/7 had been ‘deliberately engineered’ to justify British PM Tony Blair standing shoulder to shoulder with Bush in the illegal was in Iraq, ‘There will be total outrage within the masses and a complete breakdown of trust between the Government and the people of the UK.’

In the presence of two intelligence managers, he alerted the Detective Superintendent, the Director of Intelligence for the South Yorkshire Police, explaining that all of his work used open-source material – he was not violating ‘official secrets’. He alluded to secret societies and a Masonic influence as being very central. The Director of Intelligence distanced the other two managers and they held a one-to-one conversation. The biggest single threat to the UK, Tony Farrell explained to him, was now coming from internal tyranny and in his opinion ‘far exceeded’ any threat from Islamic terrorism. ‘Tony, you and I will never get them to tell the truth’, came the philosophical reply, ‘- we are mere foot-soldiers of the government.’

That indeed was sensible advice, from someone who cared for his welfare – but, something more important was stirring within Tony Farrell: the voice of his conscience, and that would not permit him to go along with the ‘monstrous lie’.

His seniors, seemingly concerned for his well-being expressed a wish for Tony to visit Occupational Health. This irked him, as he felt and indeed was in perfectly good health.

On July 7th 2010, his first line manager, a Detective Chief Inspector spent a good part of the day with him trying to steer him into keeping to the original plan and to avoid rocking the boat. Could they not achieve some sort of compromise – then he could take his three weeks’ leave? To comply with that, he would have had turn a blind eye to his own assessment and deliberately hand over misleading analysis. His ‘strategic’ models were looking promising according to his line manager – yet he could not set aside his new views about ‘internal tyranny.’

As a seemingly lone voice in his police force, Tony Farrell found himself wrestling in the ‘Valley of Decision’ at home that evening, a theme he found expressed in the Book of Joel, Chapter 3. He also pondered the 9th Commandment, ‘Thou shalt not bear false witness.’ He experienced an epic struggle going on that seemed to him to resemble that described in the Book of Ephesians, Chapter 6.

So that evening, 5 years to the day from the London bombings, he reached his own momentous personal decision. He resolved to take a stand knowing it would probably lead to him being sacked.

On July 8th he handed over a very short version of the ‘Strategic Assessment Matrix,’ which averred that the real terrorist ‘threat’ to society was almost entirely of the state-sponsored kind, and it alluded to both 9/11 and 7/7 in this context. Other threats from other ‘domains of criminality’ were, his brief report claimed, ‘insignificant’ by comparison.

This was hardly following the National Intelligence Model guidance, relating to ‘Threat and Risk Assessment models’ that he was supposed to use. ‘Tony we can’t do business like this,’ his manager pleaded.

He was asked to create a personal report: how had he arrived as such an unheard-of view? His privileges were withdrawn and his computer accessed, but as he had done his investigation at home and with open-source material, nothing untoward was found.

And so he was absent from the board meeting that afternoon, even though it was anticipating the yearly presentation from him. Instead he was sent home to compile a report, explaining his stance. He offered to produce a full report with backup evidence, for his shocking new views, but that wasn’t required.

Sacked for his beliefs

His work ‘could be helpful to the police service’ the DI remarked cryptically. Everything had happened so quickly, much too quickly. Tony Farrell was summoned to a hearing chaired by the Director of Finance a member of the Senior Command Team on 2nd September 2010. He was told that he held beliefs that were ‘incompatible’ with his position. There was no allegation of any misconduct. In dismissing him, the Director of Finance said this: “It is a very sad occasion as you have done some excellent work for South Yorkshire Police and I have never been involved in a situation like today. Your beliefs are very sincere and you may be right, but it is I’m afraid incompatible at the moment with where we are.”

He took the matter to the South Yorkshire Police Authority Appeal’s Committee but his case was dismissed. He has since put the case into an Employment Tribunal where final hearings are scheduled to be held in early September 2011 in Sheffield. This will be a public event, and it is likely that South Yorkshire Police will feel embarrassed by the repercussions. This case has potentially far-reaching implications.

Tony Farrell gave an interview with Richard Hall on Sky TV released on July 8, 2011 (used as the main source for this article) and also that same day a 10-minute interview was broadcast on a Bristol local radio; synchronously enough, South Yorkshire’s Chief Constable announced his retirement on that same day 8th July – after nine years’ of service. Was this indicating some stress within the Force? The whole story focuses by odd coincidences upon anniversary-dates of the London bombings, over the last couple of years.